Democrat Seth Moulton: Red States ‘Getting What’s Coming to Them’ with Coronavirus 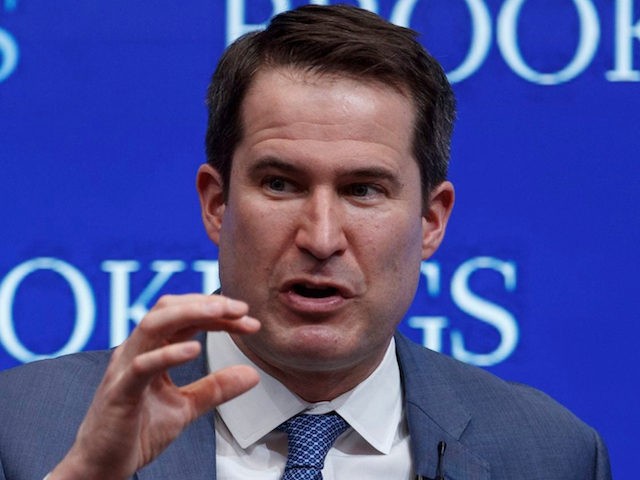 Rep. Seth Moulton (D-MA) suggested Friday that red states are “getting what’s coming to them” in regards to the coronavirus, which has killed more than 150,000 Americans.

Moulton’s comments came during a streamed conversation hosted by the nonprofit organization 92nd Street Y with Kentucky U.S. Senate candidate Amy McGrath, asking her if she is “seeing minds change on the ground” on the coronavirus in the Bluegrass State.

“We certainly have this perception in the Northeast that all the red states are, you know, they kind of — they’re getting what was coming to them because they refused to follow these mandates, and they’re playing politics with this rather than listening to the science,” Moulton said to McGrath, who smiled and nodded.

I also remember saying when people asked me, ‘Hey, is McConnell in the Senate ever going to support another relief package?’ My answer was, ‘I think when they go home to their districts, it’s going to be pretty hard for them to ignore what’s going on.’ But when I said that I didn’t expect them to be facing the surge in cases that we’re seeing today.”

A clip of the conversation and remarks from Moulton were shared to social media by Sen. Majority Leader Mitch McConnell’s press secretary, Katharine Cooksey, who noted McGrath’s behavioral response.

Michaela Johnson, a spokeswoman for Moulton, disregarded his remarks and instead focused on McConnell’s campaign and the “cheap shots” they have taken.

While Mitch McConnell’s constituents are trying to figure out how they’re going to pay their rent and feed their kids because he’s letting their unemployment benefits expire, his staff is clipping videos in an attempt to troll his opponent on Twitter. This is a great example of why we need Amy McGrath in the Senate. McConnell and his office would do well to spend more time working to pass the relief legislation Americans so desperately need, and less time taking cheap shots on Twitter.

GOP strategist Pat Griffin issued a statement to the Boston Herald and called Moulton’s remarks an “unfortunate choice of words.”

“Obviously no one deserves to get the coronavirus,” Griffin said. “It’s obvious hyperbole, and that is the kind of hyperbole that Democrats get mad at Donald Trump of using.”