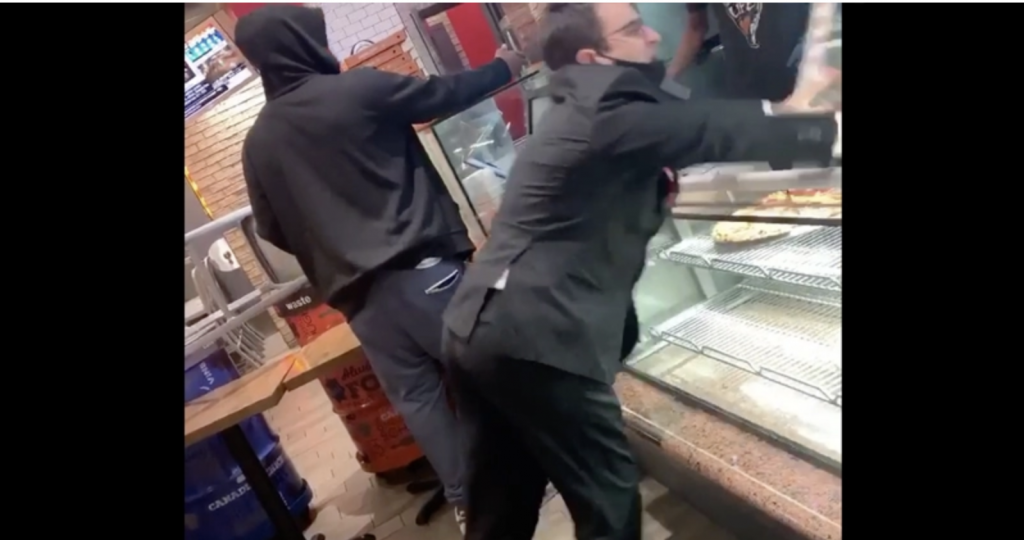 Footage captured inside a Canadian pizza joint shows a man throwing a tantrum after he sees another customer not wearing a face mask.

The video shot inside a “Pizza Pizza” restaurant in Toronto captures the incident just as it escalates.

According to the Redditor who posted the confrontation, the incident began when the masked patron saw the other customer without a mask and took out his phone to start filming.

The Reddit poster also described the aftermath of the incident, claiming the man in the suit came back to scold employees for serving a customer without a mask and tell them he’s a lawyer and will sue them, but he reportedly fled the scene after employees informed him they’d called the police.

After video finishes he comes back to try and yell at employee for serving an unmasked guest. Also claims he is a lawyer and will be suing pizza pizza. Continued his tirade until employee says he has called the police then man in the suit literally runs out of the store and disappears. Gentlemen in the hoody comes back about 10 mins later to collect a dipping sauce he forgot.