When corporate power is your real government, corporate media is state media 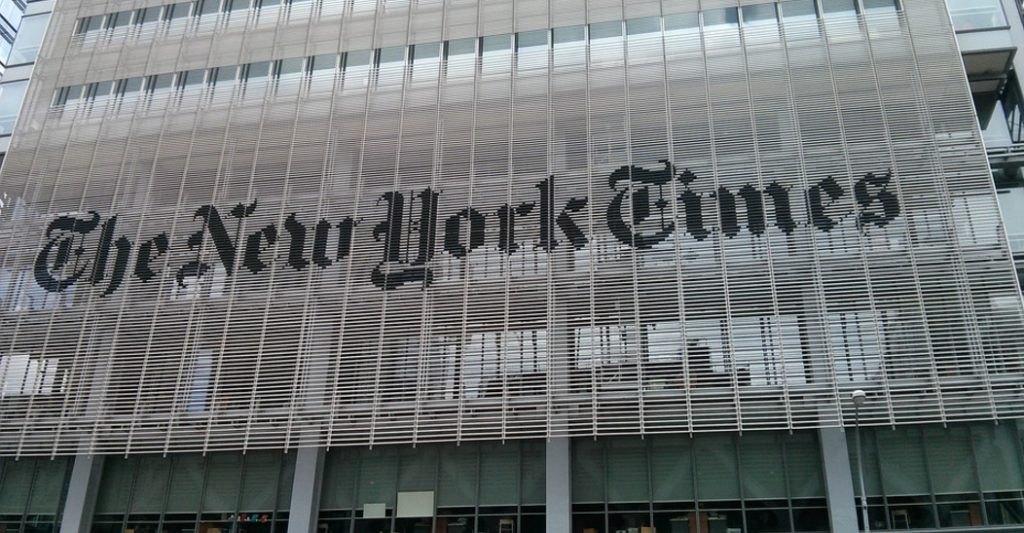 The article sources its jarringly propagandistic claims in multiple US government-funded narrative management operations like the Wilson Center and the National Endowment for Democracy-sponsored Freedom House, the extensively plutocrat-funded Carnegie Endowment for International Peace, and the United States Naval Academy.

The crown jewel of this piece of State Department stenography reads as follows:

“Adding to these challenges, democracy in Latin America has also lost a champion in the United States, which had played an important role in promoting democracy after the end of the Cold War by financing good governance programs and calling out authoritarian abuses.”

The fact that America’s most widely regarded newspaper feels perfectly comfortable making such a spectacularly in-your-face lie on behalf of the US government tells you everything you need to know about what the mass media in America really are and what they do.

The United States has never at any time been a champion of democracy in Latin America, before or since the Cold War. It has intervened hundreds of times in the continent’s affairs throughout history with everything from murderous corporate colonialism to deadly CIA regime change operations to overt military invasions. It is currently trying to orchestrate a coup in Venezuela after failing to stage one during the Bush administration, it’s pushing regime change in Nicaragua, and The New York Times itself admitted this year that it was wrong to promote the false US government narrative of electoral shenanigans in Bolivia’s presidential race last year, a narrative which facilitated a bloody fascist coup.

This is propaganda. There is no other word for it. And yet the only time western politicians and news reporters use that word is to talk about nations like Russia and China.

Why is propaganda used in an ostensibly free democracy with an ostensibly free media? Why are its news media outlets so consistently in alignment with every foreign policy objective of US government agencies no matter how destructive and inexcusable? If the media and the government are two separate institutions, why do they so consistently function as though they are not separate?

Well, that’s easy. It’s because they aren’t separate. The only thing keeping this from being seen is the fact that America’s real government isn’t located where people think it is.