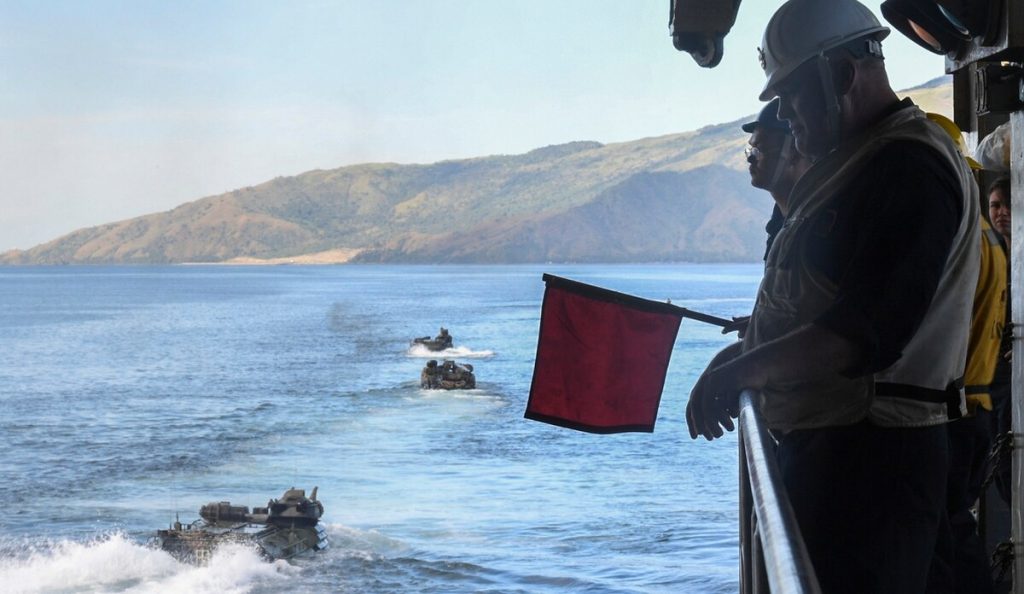 (Reuters) – Seven U.S. Marines and a Navy sailor were missing on Friday, a day after their amphibious assault vehicle (AAV) sank off the Southern California coast during a training mission, Marine Corps officials said.

Seven other Marines were rescued and are alive while one was killed after their vehicle took on water and sank around 5:45 p.m. Pacific time on Thursday (0045 GMT Friday), U.S. military officials said during a news conference.

“They signaled to the rest of the unit that they were in fact taking on water,” Lt. Gen. Joseph Osterman said. “Immediate response was provided by two additional amphibious assault vehicles as well a safety boat.”

Two of the rescued Marines were in critical condition at Scripps Memorial Hospital La Jolla while the other five are back aboard their assigned ships, Gen. David Berger said.

A search and rescue mission involving a U.S. Navy destroyer and a Coast Guard cutter continued on Friday afternoon for the missing Marines and sailor.

The Marines were wearing combat gear along with inflatable vests when the incident occurred, Osterman said.

“It sank completely,” he said, adding that it was in several hundred feet of water. At “26 tons, the assumption is that it went all the way to the bottom.”

Berger said he suspended all AAV water operations until the cause is determined. He also said AAVs across the fleet will be inspected.

All the Marines involved were assigned to the 15th Marine Expeditionary Unit, which is based at Camp Pendleton, the largest Marine base on the West Coast of the United States, between Orange and San Diego counties.