What’s next for deeply divided Clark County School Board? 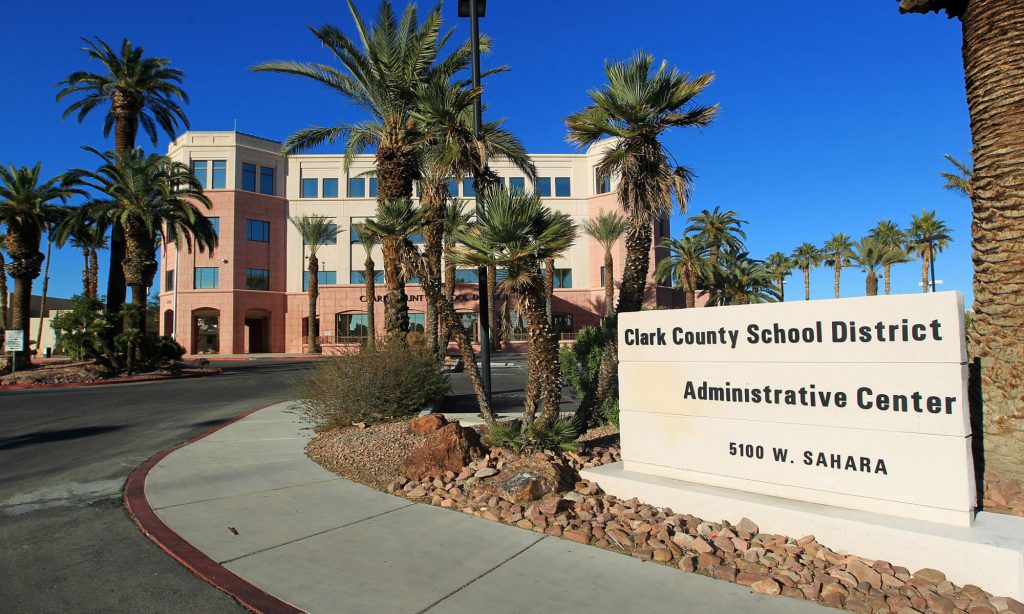 The contentious special meeting of the Clark County School Board on Thursday has raised questions of what comes next for the governing body of the fifth-largest school district in the nation, which must work together until at least November amid huge challenges posed by the coronavirus outbreak.

Wednesday’s meeting to discuss Jara’s conduct and contract was abruptly adjourned after a majority of the seven-member board agreed that far too much time had been spent on the topics. In subsequent statements, three of those four trustees said the board must instead focus on resuming school in the midst of a pandemic.

“We as board members need to refocus on oversight and policy,” said Trustee Deanna Wright, sentiments also expressed by board President Lola Brooks and Trustee Chris Garvey. “This has been a tumultuous time for our district, our community, our state and our nation. I hope we can look forward and value education as it should be valued, investing in our students and in our future.”

Jara, who came under fire for erroneous statements on the origins of Assembly Bill 2, which proposed to return unspent funds from schools to the district, and on whether the district needed state approval prior to reopening schools, said in a statement before the board deliberations that he believed all parties could move past the meeting and work together in the future. He also sent a personal letter to parents Thursday stating he would “remain here fighting for our students every step of the way.”

But the board members who called the meeting — Linda Cavazos, Danielle Ford, and Linda Young — characterized the vote to adjourn before the board could reach the discuss Jara’s contract as a block to “a critical conversation … about the community’s confidence in Dr. Jara’s leadership.”

“No matter how much I might disagree with my colleagues on an issue, my personal ethics would have prevented me from ever making such a motion, or voting to pass it, barring a physical safety (or) medical emergency,” Cavazos said Thursday, adding that she is looking ahead to the next school year and the challenges of educational equity and community stressors it will bring.

Ford said she ultimately doesn’t think the board can move past the issue until it addresses the governance policies that led to the adjournment, which she characterized as contradictory to the democratic process.

Some board governance policies will come up when the board meets on Wednesday for a regularly-scheduled work session.

The board must work together in its current configuration until the general election on Nov. 3, when at least three new trustees will be elected. Trustees Young, Garvey and Wright face term limits after 12 years on the board, while Brooks has a challenger for her seat.

In the long-term, some groups and advocates have suggested revisiting the idea once championed by former Gov. Brian Sandoval to appoint school board members rather than elect them. In a statement shortly after Wednesday’s board meeting, the Clark County teachers union said it would support future legislation to establish a hybrid governance model like the one at the State Board of Education.

Ford said in an interview that opening the board to appointments would likely leave students in Clark County at the mercy of the political agenda of whoever sits in the governor’s office.

“When the governor and the state superintendent say that they’ve lost trust in the school district superintendent, I take that as asking trustees to do their job overseeing the superintendent. When that doesn’t happen, it’s not surprising that the next morning there’s talks of appointed school boards,” she said.

Brooks said in an interview that she’s on the fence on the matter, while noting that appointed boards run the risk of struggling to stand up to the entity that appointed them. Still, she said she recognizes that some groups may see political appointment as a fix for dysfunction.

But ultimately, no matter how a trustee is selected, Brooks said, the job is neither glamorous nor all-powerful and more often requires making difficult decisions, or explaining the limits of a trustee’s role to the community.

“It’s a very fine line between sympathizing with people, telling them what you can do, and taking up their cause,” Brooks said.

The pandemic has added to this pressure for all trustees and for school boards across the country, she said, as some try to account for every possible variable in a fluctuating situation. Where other boards approved plans and defined parameters for reopening, the CCSD board got hung up on adopting a plan, she said.

She added that new faces this fall are certain to shake up the culture of the board, and that she hopes to ease the transition for new members whether or not she remains in her seat.