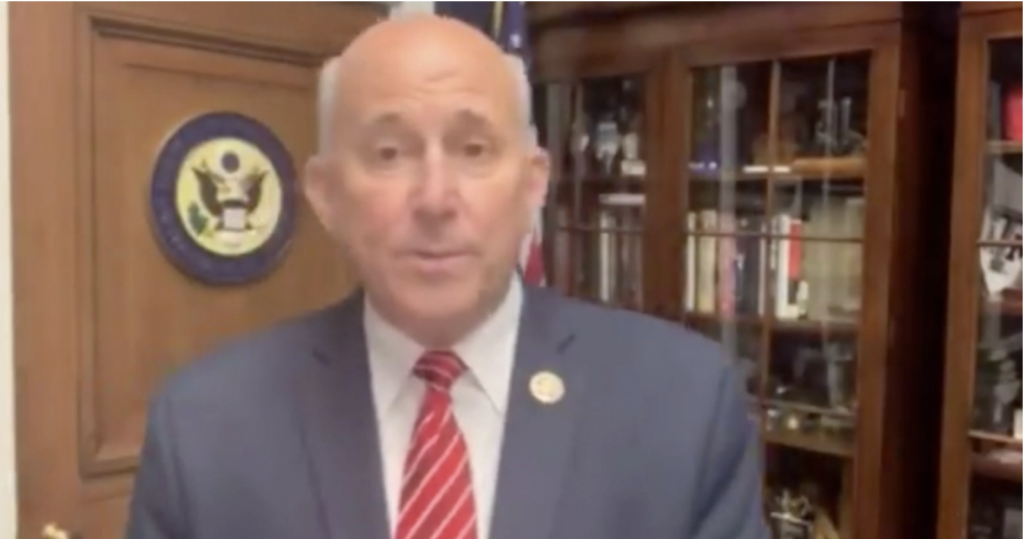 ‘I can’t help but think that if I hadn’t been wearing a mask so much in the last 10 days or so, I really wonder if I would have gotten it.’

Rep. Louie Gohmert (R-TX) announced Wednesday he suspects wearing a face mask could have contributed to his later diagnosis of COVID-19.

In an interview with KETK-TV, Gohmert who tested positive for coronavirus ahead of a scheduled meeting with President Trump at the White House, said he may not have tested positive were it not for a possibly contaminated face mask.

“So you’re questioning the importance of wearing a mask once you are actually confirmed to have coronavirus, but it seems health experts are saying you should wear it even if you do not. Do you agree with that then, to protect yourself?” a reporter asked.

Gohmert answered, “There are an awful lot of people who think it’s a great thing to do all the time, but I can’t help but think that if I hadn’t been wearing a mask so much in the last 10 days or so, I really wonder if I would have gotten it.”

“But, I know, you know, moving the mask around getting it just right, I’m bound to have put some virus on the mask that I sucked in, that’s most likely what happened.”

In an update posted to Twitter Wednesday, Gohmert said he was showing no symptoms of the “Wuhan virus” and said reports of him being “admonished” for not wearing a mask during the Bill Barr hearing on Tuesday were false.

He also repeated his thoughts that wearing a mask for nearly ten days straight may have led him to contract the virus.

“It is interesting, and I don’t know about everybody, but when I have a mask on I’m moving it to make it comfortable and I can’t help but wonder if that put some germs in the mask, keep your hands off your mask.”

In another rebuff of liberal talking points, Gohmert said in an interview with Hannity Wednesday he plans to take the highly-criticized anti-malaria drug Hydroxychloroquine to treat the disease.

“So zinc, erythromycin, and hydroxychloroquine,” Gohmert told Hannity, “and that will start just in the next day or two.”

Gohmert added, since he was asymptomatic, he might never had learned he had coronavirus had Trump not invited him to the White House.

“He [Trump] called me from Air Force One on the way home tonight and I said … ‘Mr. President, if you would not [have] invited me to go with you to West Texas, I would never have known I had the coronavirus,’” Gohmert said.

“That’s what I got tested for it and then I found out I had it.”