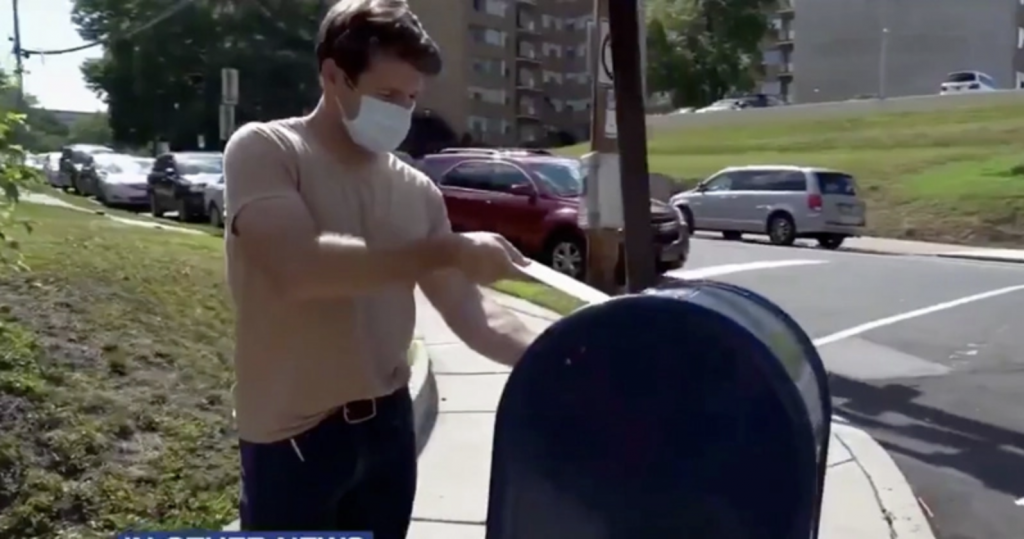 ‘The 2020 Election will be totally rigged if Mail-In Voting is allowed to take place, & everyone knows it.’ -Trump

President Trump on Wednesday posted a video report from a local media outlet demonstrating what can go wrong with mail-in voting.

In the report from WRDW, a reporter mails in mock ballots from various locations in Philadelphia to see how long votes take to reach their destination, a PO box set up to represent an election office.

After about a week, the reporter discovers he has no pickup notice at the post office, where workers also tell him there is no mail for him.

After speaking to a post office manager they find a pile of envelopes, but other people’s mail has been mis-sorted into the ballot mail.

Counting up the letters, the reporter discovers after four days 21 percent of votes still hadn’t made it to their destination.

“And the batch we’d mailed a week prior, some of those were missing too,” the report states.

“So of our 100 ballots 97 arrived, which sounds pretty good unless you consider the fact that that means three people that tried to vote by mail in our mock election were in fact disenfranchised by mail.”

That three percent of missing ballots could make all the difference in a close election.

“One thing is clear: You need to give it even more time than officials might recommend to get your ballot through the mail system,” reports WRDW.

President Trump has been railing against mail-in voting – championed during the coronavirus pandemic by Democrats – for months, claiming the votes could be tampered with, miscounted or manipulated which could lead to a “Rigged Election.”