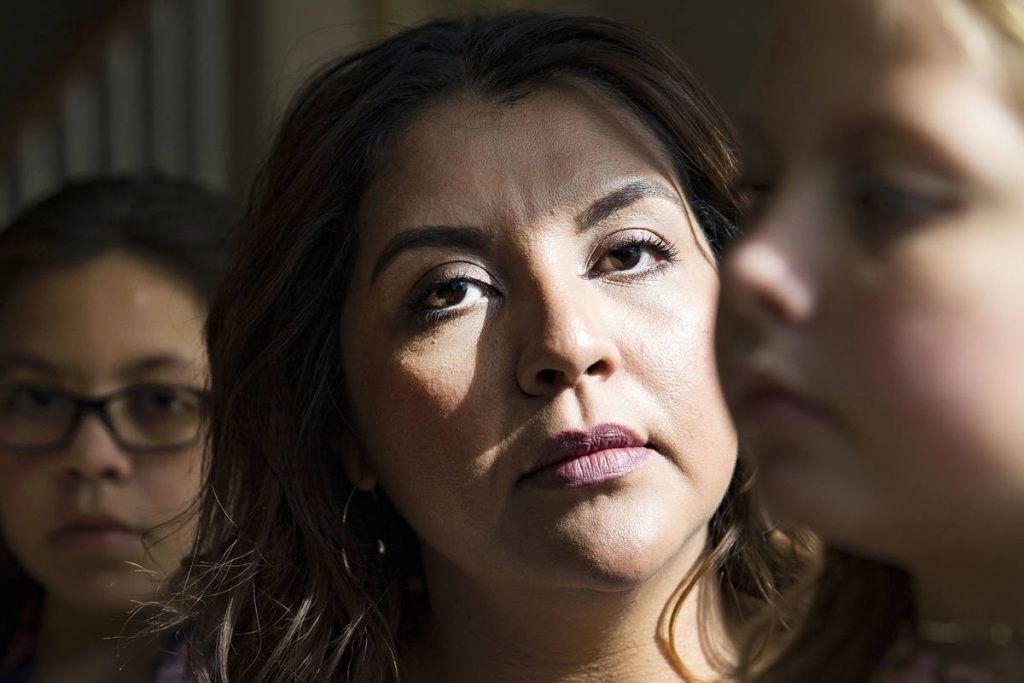 Adriana May-Azuero thought her Nevada state representative would be able to help.

“I’m literally out of money right now,” she said.

May-Azuero, a single mother of two children, stays awake at night wondering how she’ll pay her mounting past-due bills after being furloughed from her job.

She applied for unemployment insurance on April 3 but has yet to receive payment.

On June 16, May-Azuero told Senate Majority Leader Nicole Cannizzaro and Assembly Speaker Jason Frierson, both D-Las Vegas, of her situation during a Zoom call set up by her church and Nevadans for the Common Good.

“I told them that I am a law-abiding citizen. I go to the PTA meetings with my kids. I go to work,” May-Azuero said. “ I don’t understand — this is not rocket science. I’m not asking anything outrageous. Just give me the support that I need right now.”

Thousands of frustrated Nevadans have reached out to lawmakers for help as they desperately try to reach the state Department of Employment, Training and Rehabilitation or figure out what is wrong with their jobless claims. Lawmakers say there is only so much they can do.

More than 550,000 Nevadans have filed for unemployment insurance since March 14 when the state shut down in an effort to curb the spread of the coronavirus. DETR has not provided many answers as to why filers have not been receiving their payments.

DETR has not disclosed how many Nevadans are still waiting to see any money from the state. But based on the number of claims with pending issues, which the agency does report, there were at least 23,411 people who have not received money as of July 11.

DETR spokeswoman Rosa Mendez said in a statement last month that the agency “worked through record-shattering levels of unemployment claims and continue(s) to rank among the top performing states when it comes to paying on eligible claims.”

“We’ve conducted virtual town halls and answered thousands of constituent questions,” Chelsey Wininger, executive director of the Nevada Assembly Democratic Caucus, said in a statement. “We remain committed to getting Nevadans the critical resources they deserve from our state and federal government partners to weather this storm.”

Assemblyman Chris Edwards, R-Las Vegas, says he’s received more than 100 emails and calls since the state-mandated shutdown asking for help — from technical issues to getting someone from DETR on the phone.

Assemblywoman Melissa Hardy, R-Las Vegas, says she still gets at least two to three emails a day from constituents.

“Since March, 80 to 90 percent of my emails have been regarding DETR and their unemployment claims, PUA claims, and just their frustration of not getting any response or not getting their money,” Hardy said.

Most lawmakers have sent their constituents’ information to the Legislative Counsel Bureau’s Constituent Services Unit, which forwards it to DETR.

Since the pandemic, Constituent Services Unit has received more than 2,000 such requests from lawmakers.

Michael Stewart, the research director with the Legislative Counsel Bureau’s research division, said the Constituent Services Unit is unable to provide direct UI assistance or guarantee a response or action from DETR.

Democratic Rep. Susie Lee said that she’s written a letter to the Trump administration “demanding that Washington bureaucrats stop imposing red tape that has slowed down the claims process” at DETR.

U.S. Sen. Catherine Cortez Masto did not respond to a request for an interview, but she said in a statement that her office “has heard from Nevadans who need help accessing unemployment assistance.”

Jorge Silva, a spokesperson for U.S. Sen. Jacky Rosen, said the senator is “connecting constituents to the appropriate state officials that can directly assist during these difficult times.”

With no income and her savings evaporated, May-Azuero has to prioritize which bills to pay.

She hasn’t paid her water or gas bills in two months and had to make a car payment because it was going into the third month with no payment. She can’t afford to pay car insurance, May-Azuero said, “because it was pay the insurance on the car or pay the power and the internet so the kids can keep doing the tutoring online. It’s extremely stressful.”

Others, like Susan Wilcox, 65, are also struggling to make ends meet and have had trouble reaching DETR and lawmakers.

Wilcox was furloughed from her casino job in March, applied for unemployment benefits and has yet to receive payments.

With no money for months, Wilcox and her husband have resorted to rationing food.

“We’re talking about almost one meal a day, a cereal in the morning and a sandwich in the late afternoon,” said Wilcox, adding: “Our air conditioning never goes below 82; we’re terrified of our electric bill.”

“I can’t tell you how devastating it is to have to call your daughter and ask her for $40 so that I can get milk in the house,” she said.

Wilcox left voicemails and emailed Sens. Rosen and Cortez Masto’s offices in June about her PUA claim and never heard back.

“You have nowhere to go. Your senators won’t respond. Your governor don’t respond. There’s this depression that you feel when you can’t get ahold of anyone,” Wilcox said. “Who’s watching the hen house? Because certainly the Nevadan people have no access to them (DETR).”

In other states — such as Virginia, Florida, Michigan, and Alabama — lawmakers have called for reforms at the agency tasked with handling unemployment benefits and have sent letters to the head of the state employment agency and the governor.

Meghin Delaney, a spokeswoman for Gov. Sisolak, said the governor’s office staff “is in constant contact with local, state and federal officials regarding DETR and unemployment.”

Assemblyman Howard Watts III, D-Las Vegas, said the pandemic “has made clear the need to invest in upgrading the infrastructure and systems in DETR.” He has received over a hundred constituent emails related to DETR claims issues.

The governor announced Monday that a second special session of the Legislature is slated to start this week. This month, Sisolak said in a news release that policy issues will include “removing statutory barriers impeding the work of Nevada’s unemployment insurance program.”