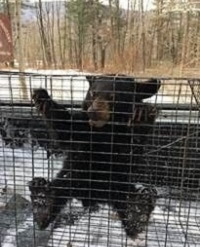 Safe Relocation for Wandering Bear – Dutchess County
On June 14, ECOs Mike Hameline and Kevin Wamsley received a call reporting a bear in the city of Beacon. The bear was seen wandering the neighborhood during the day and would not leave the highly populated area. Eventually the bear climbed a tree, drawing a crowd. The ECOs secured the area, ensuring people stayed a safe distance away, and a DEC biologist arrived on scene and tranquilized the bear without incident. The biologist darted the bear in the tree with pads set up at the base to cushion its fall.

After ECOs secured the bear, the biologist checked the animal’s vitals to ensure it was in good health and tagged it for identification purposes before placing the bear in a trailer for transport. ECOs transported the bear to a less populated area in the county and released it after the effects of the tranquilizer wore off. DEC reminds the public not to interact with bears. If left alone and given the opportunity, nearly all bears that wander into urban or suburban areas will leave as quickly and quietly as they appear, without serious conflict or the need for physical removal. For more information, visit DEC webpages on black bears and reducing bear-human conflicts. 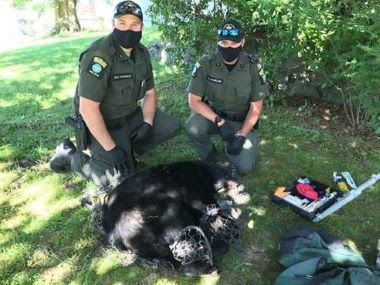 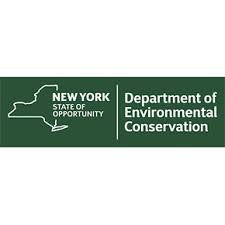 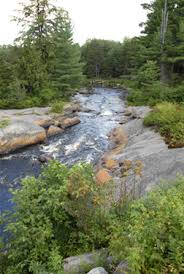