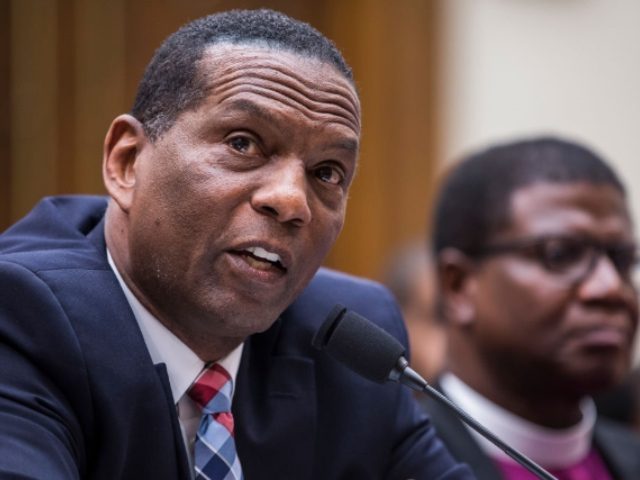 Former NFL player and GOP candidate for Congress in Utah Burgess Owens, blasted the National Football League for its decision to air the “black national anthem” before season opening games this season.

Owens was incensed over the NFL’s pandering to the Black Lives Matter movement saying, “there is no ‘black national anthem.’” He also felt as if the NFL was trying to return to the days of segregation.

“There is no ‘black national anthem.’ Why does it feel like the country is trying to segregate again sometimes?” Owens tweeted on Thursday.

Owens was responding to the the NFL’s announcement that it intends to begin playing the song, Lift Ev’ry Voice And Sing, a song that many blacks have taken to calling “the black national anthem.”

The league says that the “black national anthem” will be played before the Star Spangled Banner prior to all Week 1 games.

The song was created in 1905 from a 1900 poem written by James Weldon Johnson, an early leader of the National Association for the Advancement of Colored People (NAACP).

“If Goodell allows Kaepernick to come back, if they allow players to kneel during the national anthem, I’m willing to not watch the game,” Owens told Sports Illustrated last month.

“We have too many Americans now accepting the notion that the flag should be a place where people should be ashamed of or take a knee, that’s what it comes down to,” Owens said. “I am disappointed that so many people are acquiescing today. They don’t understand the American way; they don’t understand the price paid. They need to understand that we can’t be bullied and [also] that we’re not an evil country. There is no other country in the world with the mixing of races and tolerance. We have to change the current narrative.”

“If it was a meritocracy, he would be out there anyway; he would work hard; he would prove himself,” Owens added. “He wouldn’t be taking someone else’s position. We’re looking at Affirmative Action for a Marxist. We’re approving their ideology.

Burgess decisively won his primary race for the Utah’s Fourth Congressional District by nearly 20 points. He will now face off against freshman swing district Democrat Ben McAdams in the general election this coming November.