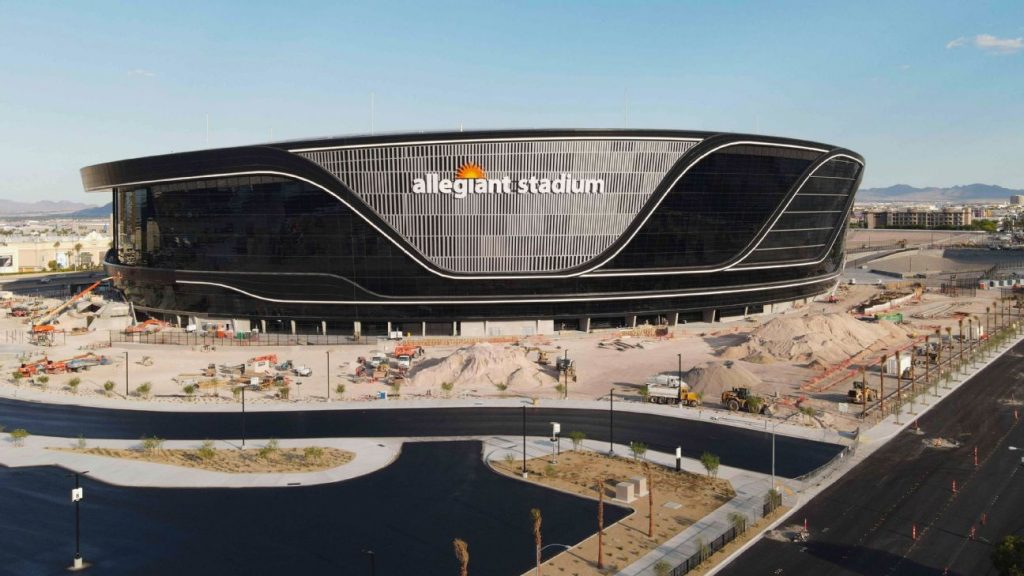 With the $2 billion Allegiant Stadium sitting at 98 percent complete, only a small amount of work remains ahead of its July 31 substantial completion date.

Some of that work includes various tests of systems at the 65,000-seat stadium, including what would occur if the home of the Silver and Black experienced an emergency.

A blackout test was conducted this week at the stadium to simulate an emergency.

“If there is a fire during a game, all the audio will go off, report to the fire alarm system and the ribbon boards will show … they need to leave the building as soon as possible,” Mary Adams, superintendent with Mortenson-McCarthy, the joint venture in charge of the stadium’s construction, said in a video.

In such a situation, an emergency alarm will sound, with a message being played over the PA system and messages displayed on the video boards including, “An emergency situation exists — please evacuate, remain calm. Proceed to the nearest exit. Do not use the elevators.”

Crews will also shut off the stadium’s normal power, with the emergency power system kicking in.

“In an emergency, we want to make sure everything is lit up so they (fans) will be able to leave the building,” Adams said.

The video not only provided a look at how an emergency situation would play out at the stadium, it gave an updated peek inside the future home of the Raiders and UNLV football.