AGITATORS COULD BE CHARGED WITH TRESPASSING, ASSAULT AFTER CONFRONTATION WITH ARMED HOMEOWNERS 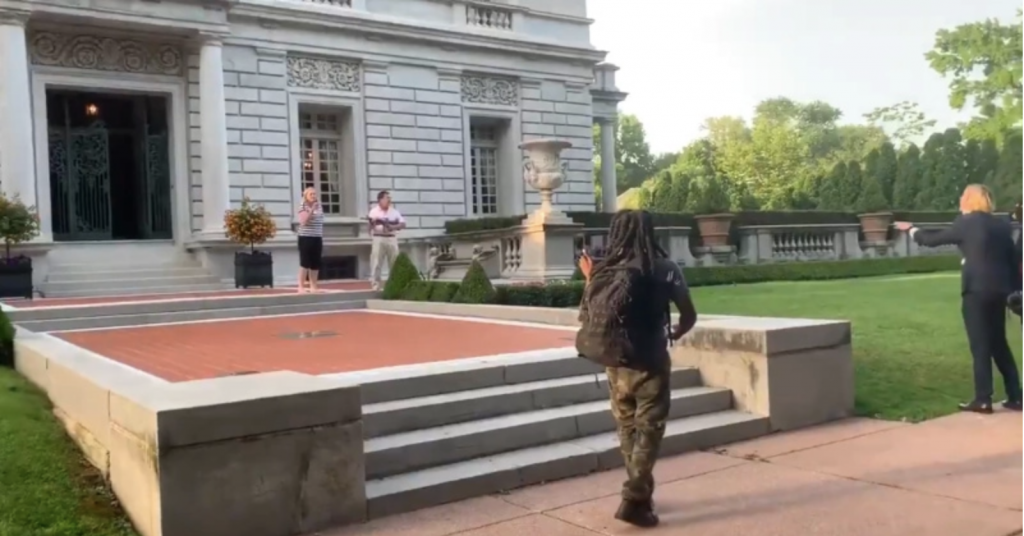 Demonstrators who marched through a gated community in St. Louis are being investigated for trespassing and assault, local media reported, after footage of an armed couple protecting their home from the mob went viral.

Mark and Patricia McCloskey have been criticized for pointing guns – an assault rifle and a pistol – at the protesters and demanding that they leave their private neighborhood. But it appears that St. Louis police believe the demonstrators were in the wrong.

Law enforcement is investigating Sunday’s incident as a case of trespassing and fourth-degree assault by intimidation, according to the St. Louis Dispatch.

The McCloskeys claim that the crowd broke an iron gate leading to the private community and began shouting threats and obscenities as they approached their home. It was only then that the couple armed themselves and stood guard on their front lawn.

Footage of the confrontation shows the duo shouting down the protesters as they point their weapons at them. “Get out! Private property, get out!” Mark McCloskey is heard shouting.

Although police are reportedly focusing their investigation on the protesters, St. Louis Circuit Attorney Kimberly M. Gardner appears to have taken a different view of the altercation.

In a statement released on Monday, she claimed that the “peaceful” protesters were “met by guns and a violent assault.” She said that her office was launching its own probe into the events and “will use the full power of Missouri law to hold people accountable.”