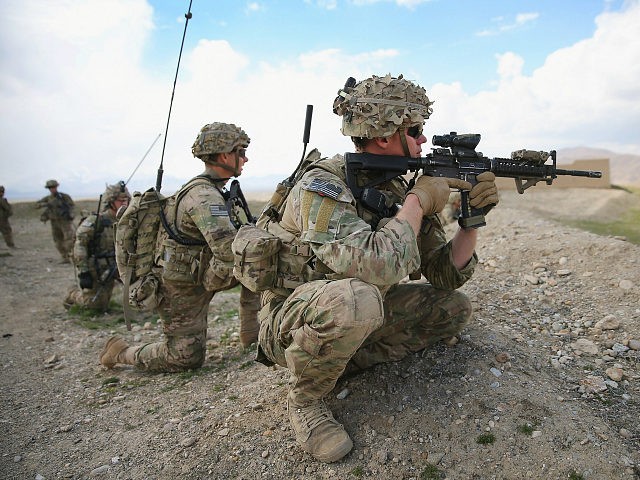 The Pentagon said in a statement late Tuesday evening that it had no corroborating evidence that Russian operatives offered bounties to the Taliban for American soldiers stationed in Afghanistan.

“The Department of Defense continues to evaluate intelligence that Russian GRU operatives were engaged in malign activity against United States and coalition forces in Afghanistan. To date, DOD has no corroborating evidence to validate the recent allegations found in open-source reports,” said Chief Pentagon Spokesman Jonathan Hoffman.

“Regardless, we always take the safety and security of our forces in Afghanistan – and around the world – most seriously and therefore continuously adopt measures to prevent harm from potential threats,” Hoffman added.

The statement came in response to a New York Times report that claimed that a Russian military intelligence unit secretly offered bounties to Taliban-linked militants to kill U.S. and coalition forces in Afghanistan.

The Times cited anonymous officials “briefed on the matter.”

The report claimed that the U.S. “concluded months ago” that the Russian unit had offered the bounties for successful attacks last year and that Islamist militants, or criminal elements closely associated with them, collected some bounty money and that the finding was briefed to President Donald Trump.

The report claimed that the National Security Council discussed the problem at an interagency meeting in late March, and officials developed a “menu of potential options,” but the White House had not authorized any step.

“The U.S. receives thousands of reports a day on intelligence, and they are subject to strict scrutiny. While the White House does not routinely comment on alleged intelligence or internal deliberations, the CIA Director, [the] National Security Advisor, and the Chief of Staff can all confirm that neither the President nor the Vice President were briefed on the alleged Russian bounty intelligence,” she said.

The report comes as the president has sought to continue drawing down U.S. forces and end the war in Afghanistan.

Rep. Mike Waltz (R-FL), an Army Green Beret who has served in Afghanistan, questioned the timing of the Times’s report.

“We’ve known for years that the Russians have been supporting the Taliban through arms, through weapons, through other means…so to me, this really smacks of partisan talking points of hearing Russia and the President and trying to make hay of that in an election year,” he said Tuesday in an interview with Fox News’ Bret Baier.

Rep. Jim Banks (R-IN), a Navy veteran who has also served in Afghanistan, slammed the Times report for citing “unconfirmed intel” that is part of an ongoing investigation.

“The real scandal: We’ll likely never know the truth… Because the @nytimes used unconfirmed intel in an ONGOING investigation into targeted killing of American soldiers in order to smear the President. The blood is on their hands,” he tweeted.

“Having served in Afghanistan during the time the alleged bounties were placed, no one is angrier about this than me,” Banks added.

“Now it’s impossible to finish the investigation. All b/c the @nytimes will do anything to damage @realdonaldtrump, even if it means compromising nat’l security.”