One Fifth Of Democrats Think Biden Has Dementia﻿ 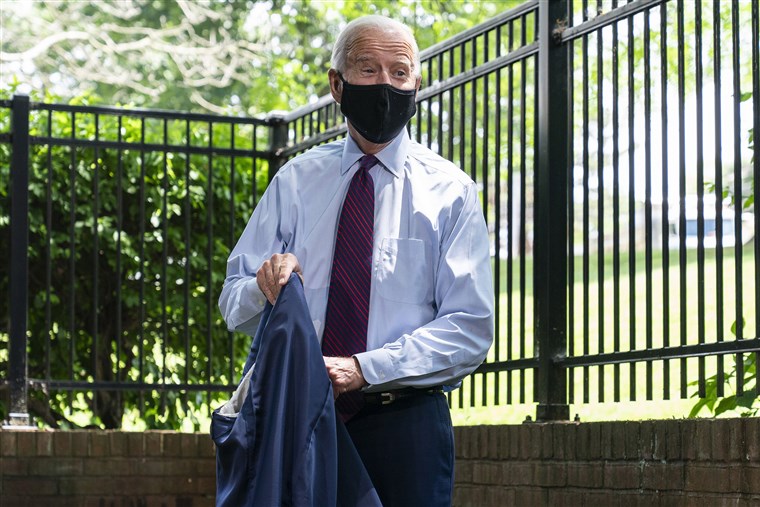 A Rasmussen poll released Monday finds that a fifth of Democratic voters believe that Joe Biden has “some form of dementia”.

The poll revealed that a total of 38 percent of American voters think Biden isn’t playing with a full deck.

While 20 percent of Democrats believe that to be the case, “that compares to 66% of Republicans and 30% of voters not affiliated with either major party,” Rasmussen reports.

The poll also found that 61 percent of all voters believe it is “important” that Biden address the issue publicly.

The findings come in the wake of a recent Zogby poll that found 55% believe the 77-year-old Biden is suffering from the early onset of dementia.

Last week, President Trump noted that it is highly concerning that his Democratic rival for the Presidential election in November cannot even speak properly.

Appearing at a Fox News town hall event, Trump noted that it is conceivable that Joe Biden could become President even though he is not all there mentally.

“Whenever he does talk, he can’t put two sentences together,” Trump said.

Trump recalled a number of times when Biden has completely shut down mentally, and his endless gaffes, including recently declaring that 120 million Americans have died from the coronavirus.

“That’s a serious error. That is not a permissible type of error. There is something going on,” Trump urged.

“It’s wonderful to say I feel sorry or that’s too bad, because I do, except we are talking about the presidency of the United States, and it is just not acceptable.” he added.