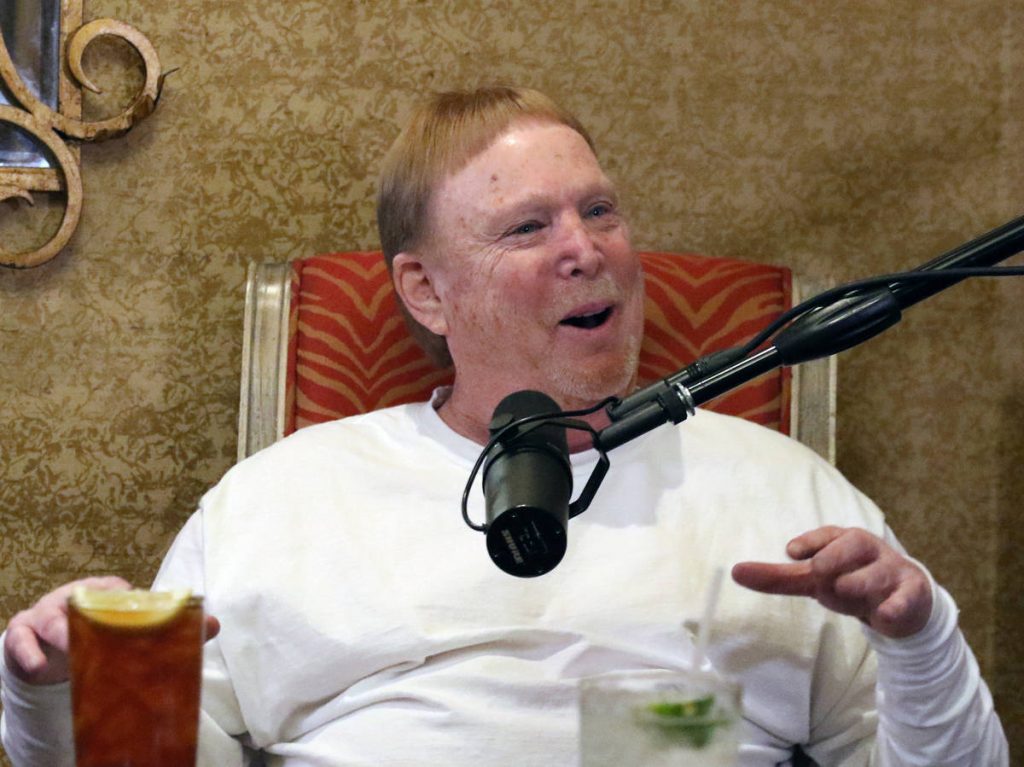 During a leaguewide Zoom meeting Thursday among league owners and NFL Commissioner Roger Goodell, one of the subjects was the health and safety of players amid the coronavirus pandemic, particularly on game day.

It was floated that the NFL Players Association was requesting the first eight rows of stadiums — and possibly the entire first deck — be tarped over to protect the players, which might have prompted an immediate vote by owners.

After a heated discussion in which Raiders owner Mark Davis forcefully expressed his misgivings, the measure passed 31-1 requiring teams to tarp off the first eight rows but have the ability to sell advertising on them.

The dissenting vote came from Davis.

“I can’t imagine telling one fan they cannot attend the opening game of our inaugural season in Las Vegas at the most magnificent stadium that they helped to build. Let alone tell 3,500 fans that their seats are gone for the entire season,” Davis said. “Those seats in the front rows are some of our most ardent fans, including members of the famed Black Hole. You think I want to sell advertising on their seats?”

With more than 70 days left until the regular season, Davis said he thinks the NFL still has time to come up with a better alternative than displacing thousands of fans and using their seats to sell advertising.

“Creativity will be necessary,” Davis said. “One of our executives came up with a solution, one in which Las Vegas will be familiar. But the league shot it down dismissively. But we’re not ready to give up yet. We will do everything we can to see that all our fans are able to attend every game this season.”

The eight-row buffer zone is a particularly tricky issue for the Raiders, who are sold out for this season and can’t accommodate displaced fans by giving them other seats.

“We don’t have other seats in the building to move them to,” Davis said.

Davis has other misgivings with how the NFL is going about trying to forge ahead with the season.

Specifically, how everything from the draft to free agency to each team’s offseason programs to the reopenings of team facilities were conducted under a leaguewide edict in which everyone operated under the same rules to preserve competitive equity.

Only for the league to now abruptly change course by leaving fan participation up to each team.

“Unfortunately, a league that operated the entire offseason on the basis of equity, whether it be the draft or team facility access, has completely dropped the ball on uniform attendance procedures,” Davis said. “We have potentially 32 different capacities and seating formations. Where is the equity in that?”

As it stands now, fan attendance will be decided by all 32 teams based on the rules and regulations of the state and county and cities in which they reside. That opens the possibility of entirely different rules from one city to the next.

The Raiders will wait on word from Nevada leaders.

“What Gov. (Steve) Sisolak and the state of Nevada determine to be safe in the face of coronavirus after careful consideration, I’ll abide by,” Davis said. “And at the appropriate time, he may determine that it isn’t safe for 100 percent of the fans to attend. At that point, I have to make a decision.”

If it comes to that, Davis wonders if the best solution might be to play all games without fans.