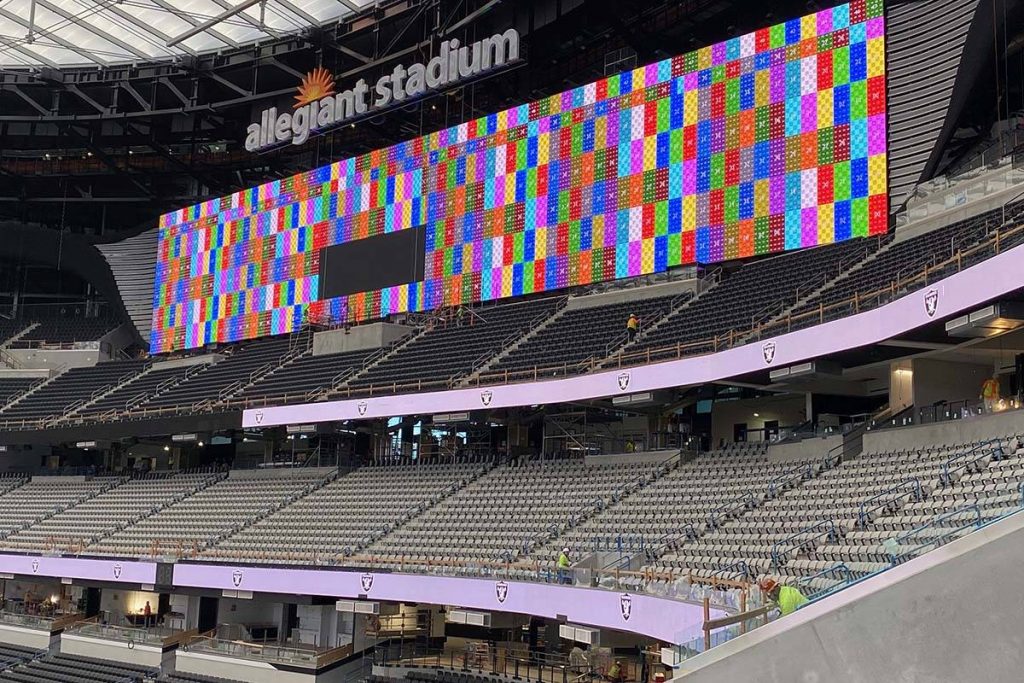 With 37 days to go until Allegiant Stadium’s substantial completion date, the Raiders were already running inside the glistening stadium Wednesday. Well, sort of.

The infamous Raiders shield logo was being scrolled on portions of the video ribbons inside the $2 billion, 65,000-seat future home of the Raiders, as crews tested out video boards, large and small. The thin video screens run throughout the stadium on multiple levels.

Tests included the largest interior board, the 254-foot-by-49-foot screen located on the south end of the stadium lit up with color bars. The board has been tested for the first time throughout this week, with Wednesday’s test displaying the most pixels that have been seen on the screen at one time, according to the Raiders.

Similar patterns were also seen on the two 122-foot-by-49-foot screens on the north end of the stadium, with the ominous Al Davis Memorial Torch sandwiched in between.

There are two auxiliary scoreboards located under each of the larger screens on the north end, each coming in at 33-feet-by-18-feet in size.

The most notable screens aren’t the only ones in the building, as Allegiant Stadium will boast around 2,200 TVs throughout the 1.75-million-square-foot facility.