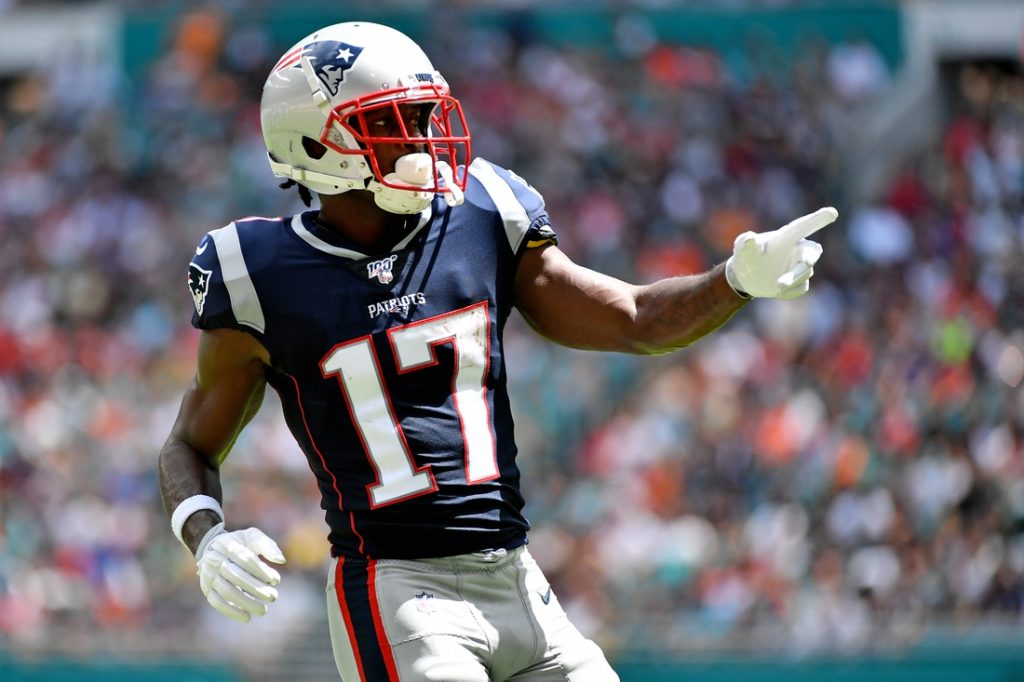 Silver reported teams have been “sniffing around” Brown recently, saying the Seahawks are “absolutely interested” and that the Ravens are “mulling it over.”

Brown, who turns 32 in July, has been a free agent since September, when the New England Patriots released him after one game following allegations of sexual assault and intimidating text messages sent to an accuser.

Brown has also been involved in numerous incidents over the past two years, both off the field and with two of his former teams, the Pittsburgh Steelers and Oakland Raiders.

If and when he does sign with a team, Brown is expected to be suspended by the NFL as a result of an ongoing investigation into the accusations of sexual assault and threatening text messages. The length of the potential suspension is unclear, but many expect it to be for half of a season or more.

Earlier this month, Brown was sentenced to two years probation and ordered to undergo a psychological evaluation and enroll in a 13-week anger management course by a Florida court after pleading no contest to an assault charge.

A seven-time Pro Bowler and four-time first-team All-Pro, Brown has played just the one game with New England since 2018. In his last full season, he had 104 catches for 1,297 yards and a league-best 15 touchdowns for the Steelers in 2018.

Ravens general manager Eric DeCosta said recently he has not ruled out bringing Brown into the locker room — a move quarterback Lamar Jackson has endorsed.

Baltimore wideout Marquise “Hollywood” Brown, a first-round pick in 2019, is Antonio Brown’s cousin. The two cousins spent time working out together with Jackson earlier this offseason.

END_OF_DOCUMENT_TOKEN_TO_BE_REPLACED

Australian Prime Minister Scott Morrison has extended his lead as the country’s most preferred leader, a poll showed on Monday, boosted by his government’s coronavirus …