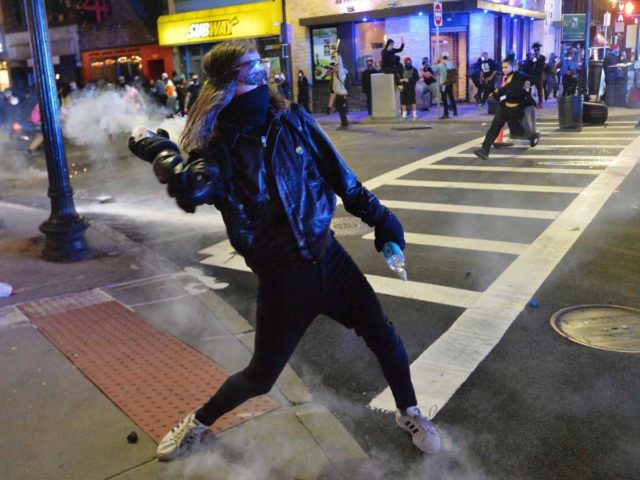 The official Twitter account of the Fairfax County Democratic Committee in Virginia retweeted a claim on Saturday that “Riots are an integral part of this country’s march towards progress,” as the country was gripped by violence.

RT @bharatkrishnan9: When President Obama included the Stonewall Riots in his 2nd inaugural, he didn’t make that decision lightly. Riots are an integral part of this country’s march towards progress.

Update: The tweet was deleted Monday afternoon, but survives in screen shot form:

The tweet referred to a passage in President Barack Obama’s obama medium , in which he said: “We, the people, declare today that the most evident of truths –- that all of us are created equal –- is the star that guides us still; just as it guided our forebears through Seneca Falls, and Selma, and Stonewall.”

The Stonewall Riots occurred in New York City in 1969 and are considered a crucial event in the emergence of the gay rights movement.

However, as the Wall Street Journal noted last year, the drama and violence of the riots overshadowed a non-violent gay rights movement that had already existed for a decade, and which lay the groundwork for what followed:

Stonewall has long been credited as the event that sparked the modern gay rights movement. But while the riots that ensued over three days and nights in late June 1969 were undoubtedly transformative, they weren’t the first time that gay people had resisted persecution. Stonewall was preceded by well over a decade of gay civil rights activism, much of it led by a man named Frank Kameny. The rhetoric and strategies that he employed were less confrontational than those adopted by the people at Stonewall, but they set the intellectual template for the gay movement’s eventual success.

Fairfax County, just outside Washington, DC, includes many of the suburban areas of Northern Virginia that have moved dramatically to the left in recent decades, shifting the state as a whole from red to purple to Democratic blue.

Joel B. Pollak is Senior Editor-at-Large at Breitbart News and the host of Breitbart News Sunday on Sirius XM Patriot on Sunday evenings from 7 p.m. to 10 p.m. ET (4 p.m. to 7 p.m. PT). His new book, RED NOVEMBER, is available for pre-order. He is a winner of the 2018 Robert Novak Journalism Alumni Fellowship. Follow him on Twitter at @joelpollak.