Bill de Blasio on Daughter’s Arrest: ‘I’m Proud of Her That She Cares so Much’ 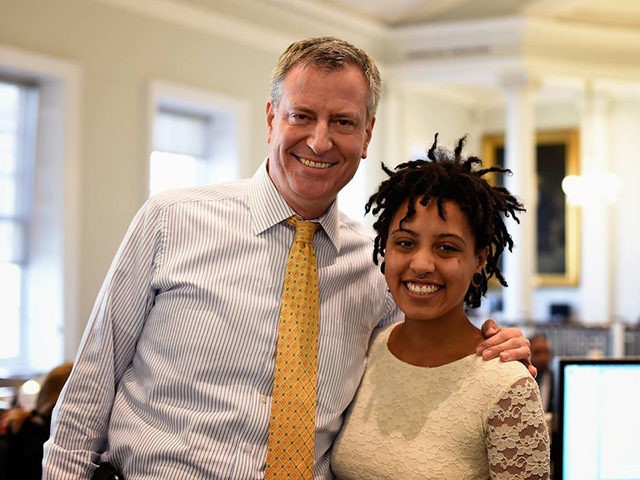 New York City Mayor Bill de Blasio (D) reacted to the arrest of his daughter, Chiara, at a protest hotspot that had descended into rioting in response to the death of George Floyd, a black man who died in police custody in Minneapolis.

“As was reported, my daughter, Chiara at a protest,” de Blasio began in a press conference. “I want you first to know, and I think many parents can appreciate this, she is 25 years old and did not inform us of her intention to get arrested.”

“I knew of some of her views, I knew she believed in peaceful protest, I knew she had done so a few nights ago, but in a peaceful manner,” the mayor continued. “When I found out she had been arrested, we finally reached him with Chirlane and we asked her to recount the whole story.”

“I love my daughter deeply, I honor her and she is such a good human being, she only wants to do good in the world, she wants to see a better and more peaceful world. She believes a lot of change is needed. I am proud of her that she cares so much and she was willing to go out there and do something about it,” he added.

This story is developing. Check Breitbart News for updates.