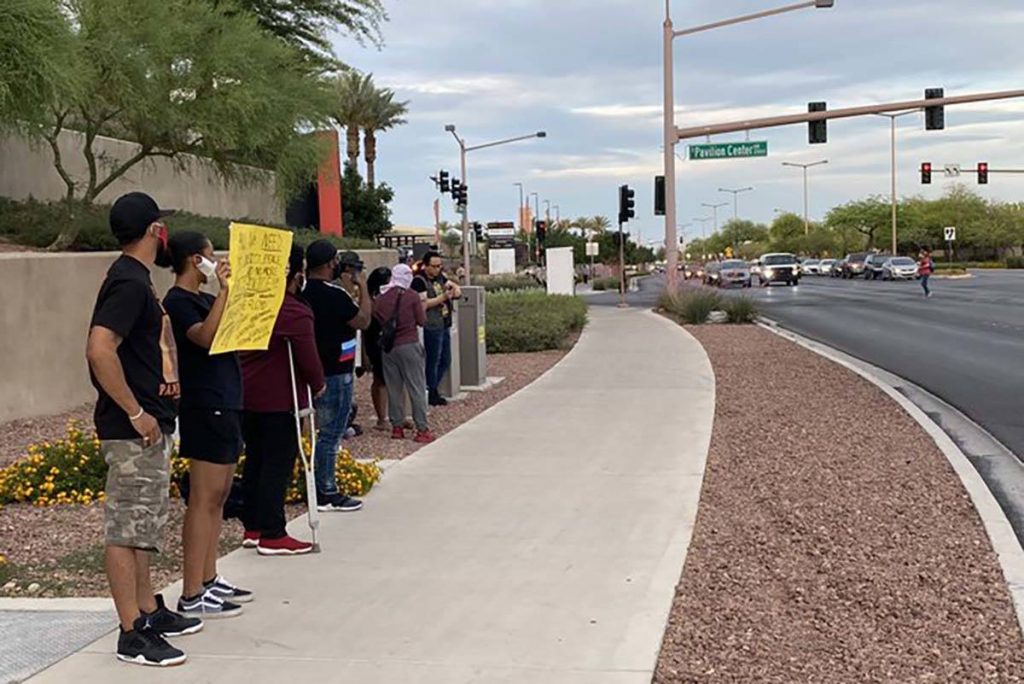 About 100 people gathered to protest Sunday night near Downtown Summerlin, while another protest against police brutality was happening on the Strip. 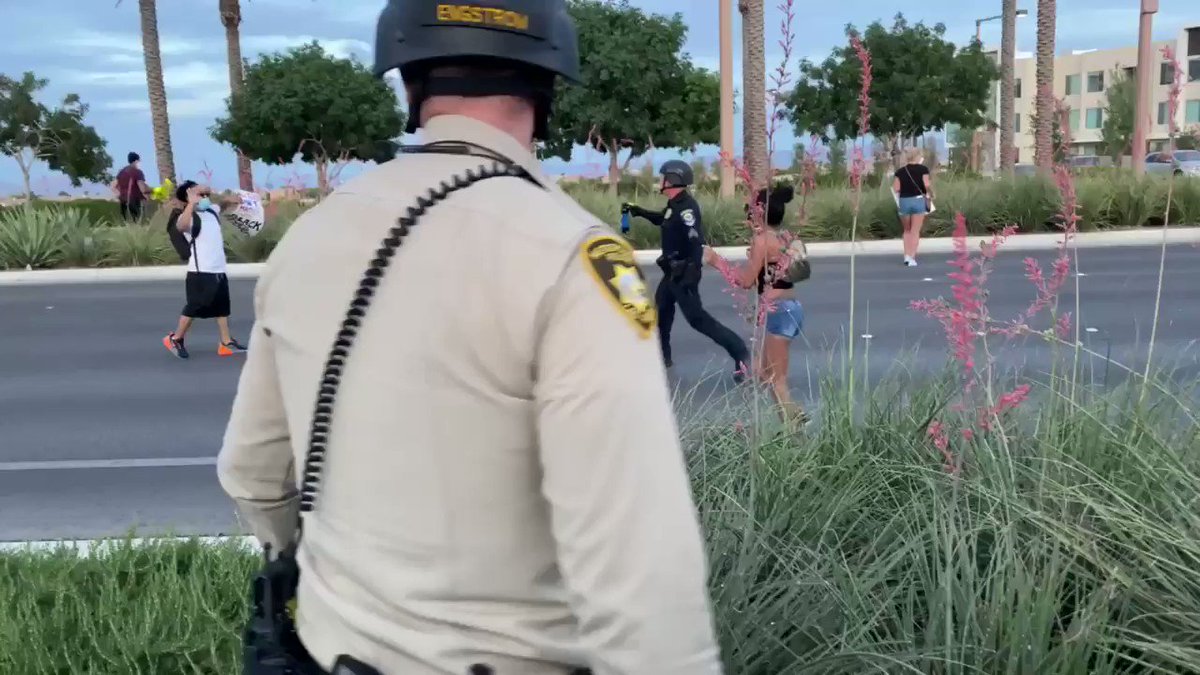 164 people are talking about this

The mall already had closed at 4 p.m., and nearby Red Rock Resort closed at 5 p.m.

Police already were at the scene Sunday evening and were barricading the shopping center, as well as Red Rock Resort.

Some social media accounts were promoting a 7 p.m. protest at Downtown Summerlin, but many later discouraged people to attend because the mall is private property and because of the heavy police presence already at the scene.

As of about 7:30 p.m., fewer than a dozen people had gathered on a sidewalk near the mall, and police remained in the area, blocking all entrances. 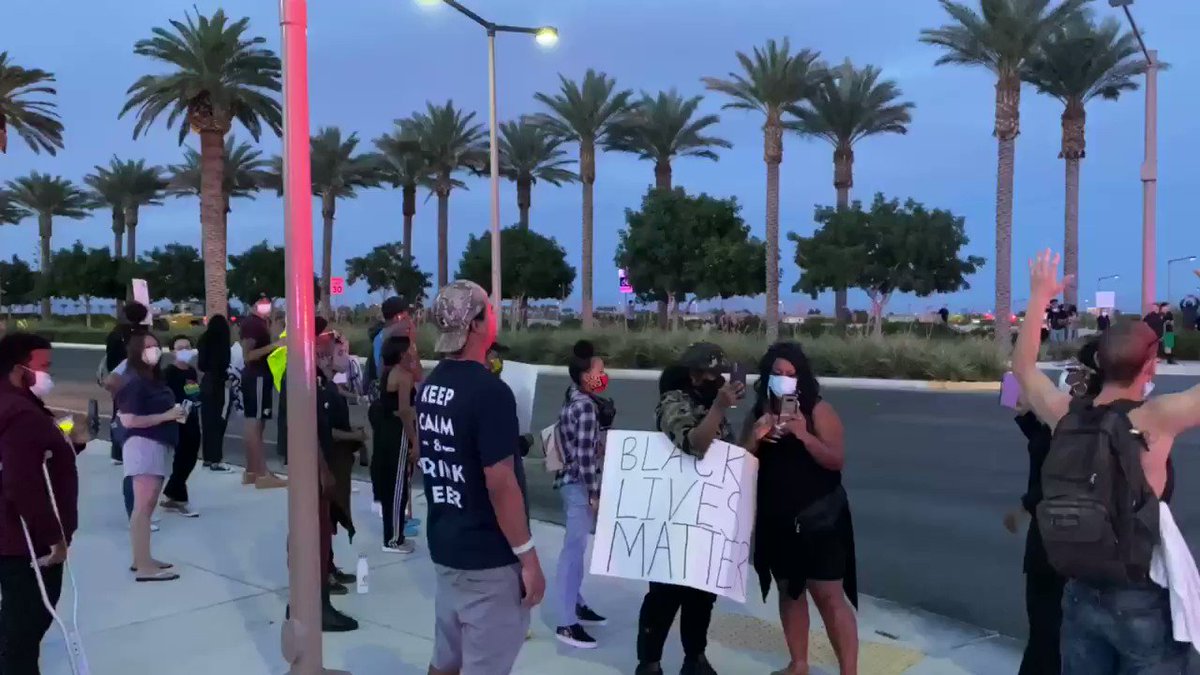 28 people are talking about this

The group peacefully marched around the perimeter of the mall but were charged at by police around 7:50 p.m. Police said they rushed the crowd because the woman leading chants was standing in the street.

“Get out of the street,” officers yelled as protesters fled. Protesters were seen holding their hands up and filming the officers.

Red Rock Resort and our restaurants will be closing early this evening at 5 p.m.

We apologize in advance for any inconvenience.

33 people are talking about this