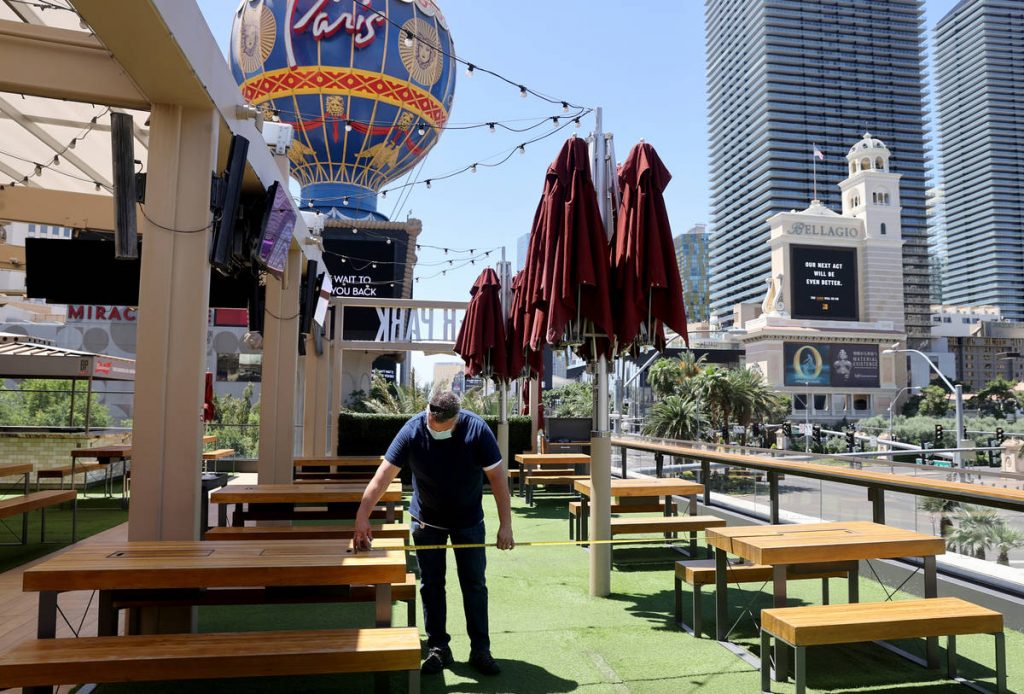 Las Vegas casinos have been preparing for their upcoming Thursday reopening for months.

Operators began publishing new health and safety plans in April, listing all the steps they planned to take to protect guests and staff. Many were extremely detailed, breaking down the use of personal protective equipment, social distancing rules and heightened sanitation measures.

The state’s six largest casino companies — and others — have posted these plans online.

Experts say the transparency is just another way companies can reassure guests and employees that their facilities are safe enough to return to. But, ultimately, only the number of people who end up inside the reopened resorts will show whether that reassurance is enough.

“It’s really important venues are doing everything they can, and that gives us confidence that it makes it safe to play,” said Jonathon Day, an associate professor at Purdue University School of Hospitality.

‘The industry needs to respond’

On Wednesday, the state Gaming Control Board updated its health and safety policies for reopening casinos, amending a notice sent May 1.

Other requirements include limiting occupancy to 50 percent to each gaming area based on local fire code occupancy rates, rearranging floor plans to allow for proper social distancing, using social distancing signage, limiting the number of players at table games, and keeping nightclubs and dayclubs closed.

These new protocols — and the act of showing customers that companies are taking their health and safety seriously — could help the Las Vegas tourism industry’s recovery, Day said.

“You’ve probably never been to a venue that’s as clean as it is now,” he said. “Sure, there are folks that are — after a couple of really tough months — ready to play. Others need to be helped to get there, need to be encouraged. … There are also many Americans who are still a little concerned, and so the industry needs to respond.”

Frequent Las Vegas traveler George Santino said he has “no doubt” casinos are going above and beyond what they’re mandated to do to keep guests safe.

The Mount Vernon, Washington, resident said he plans to return with his wife soon — he’s thinking September, while his wife is pushing for July. After months of being stuck at home, Santino said he’s anxious to return to Las Vegas and its restaurants, parks and entertainment.

He said he feels confident the properties will be kept clean; at this time, he’s more concerned about the risks he faces on his way to Las Vegas.

“The question isn’t ‘Are we coming back?’ We’re definitely coming back. It’s ‘How will we get there?’ ” he said. “Do I take a plane and be sequestered with a bunch of people on a tube? Do I drive and stay at a hotel?”

Tim Fellman of Turtle Lake, Wisconsin, said he’s looking forward to his mid-July visit with his wife and son.

Meanwhile, some travelers like Rob Tetlow of Milwaukee, Wisconsin, have concerns that the new protocols will impact their Las Vegas experiences.

He said he doesn’t mind the guidelines and understands they’re meant to keep guests safe, but he’s concerned social distancing rules will make him miss out on those only-Vegas moments, like a round of high-fives with strangers after a big win at the blackjack table.

“That’s one of the things that’s great about Vegas, you meet so many people. … The atmosphere in Las Vegas is about people having a great time and enjoying each other’s company,” he said. “It’s going to take away from being around people.”

Providing both a safe environment and an atmosphere that’s similar to a pre-pandemic Las Vegas is a challenge, said Ron Hill, a marketing professor at American University Kogod School of Business.

While the city often advertises itself as an escape from reality, visitors will be hard-pressed to forget about the pandemic when they see masks on staff and social distancing signage spread throughout properties.

Few moments in time have gripped Southern Nevada with such a dreadful reality as the coronavirus. Few such devastating circumstances have tested its resiliency.

And now, the city is (mostly) open for business.

How tourists and locals respond to the lifting of Gov. Steve Sisolak’s closure orders will determine the town’s bottom line.

More than any dot on a map of the United States, Las Vegas must ascend the steepest and most treacherous of mountains to again reach a summit of financial prosperity. We’re distinctive this way, reliant on tourism as the driving force to economic stability.

“You have to remember that before this happened, back in January and February, we had a robust economy and business was booming and credit was available,” said Derek Stevens, owner of D Las Vegas and Golden Gate. “I think things can bounce back pretty quickly.

“We have been through tough times before. The recession in 2008 and 2009 and what happened to the housing market. The time after 9/11 when people were hesitant to fly and the airline industry was impacted, like it is now, which greatly impacts Las Vegas in terms of tourism.

“But we have seen other states with casinos open these last few (weeks) and have been able to sit back and learn from them. I think Las Vegas as a whole is set up to be safe and in good shape when we reopen.”

Small in scope and large in hope, a promotion offered by Stevens this week delivered a glimpse of what might occur if and when Las Vegas goes from heartbreaking darkness to its customary dazzling self.

In the end, folks from 33 cities across five airlines are scheduled to travel here.

Maybe that’s the answer. Maybe the town has to first relive its past in order to rediscover what was a thriving present just months ago.

Maybe, as Stevens surmised, the types of independent travelers who once arrived to lounge acts and charming little main streets will be the same ones who now lead a revitalization.

Maybe a little touch of Old Time Vegas will jump-start things until millions of folks feel safe enough to embrace the Strip for its world-class entertainment and massive conventions.

The numbers are miserable.

The global travel and tourism market is expected to lose 100 million jobs worldwide in 2020. International visits to the U.S. are estimated to decline by 54 percent. Consumer spending nationally has dropped by nearly 14 percent amid COVID-19. Budgets have been slashed across Nevada like a lumber company might that forest of redwoods.

Professional sports might help some. Las Vegas could be chosen as a hub city should the NHL playoffs occur. The Raiders could reportedly hold training camp at their Henderson facility before an inaugural season in Allegiant Stadium.

But the likelihood of doing all of the above in front of no fans sort of puts a crimp in the whole recover-through-fun-and-games theory.

“If anyone tells you they know what is going to happen, they’re pulling your leg,” said Dr. Robert Parker, professor of sociology at UNLV. “Nobody knows and, depending on what happens with the economy, how people might react in terms of anxiety and depression.

“I think we face a very uncertain future. People are going nuts. They’re confused. They’re suffering trauma from an economy where over 40 million have applied for unemployment. I can only imagine what things might look like at the other end.”

For now, it’s time to focus on beginning again.

END_OF_DOCUMENT_TOKEN_TO_BE_REPLACED 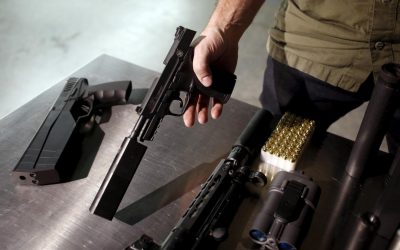