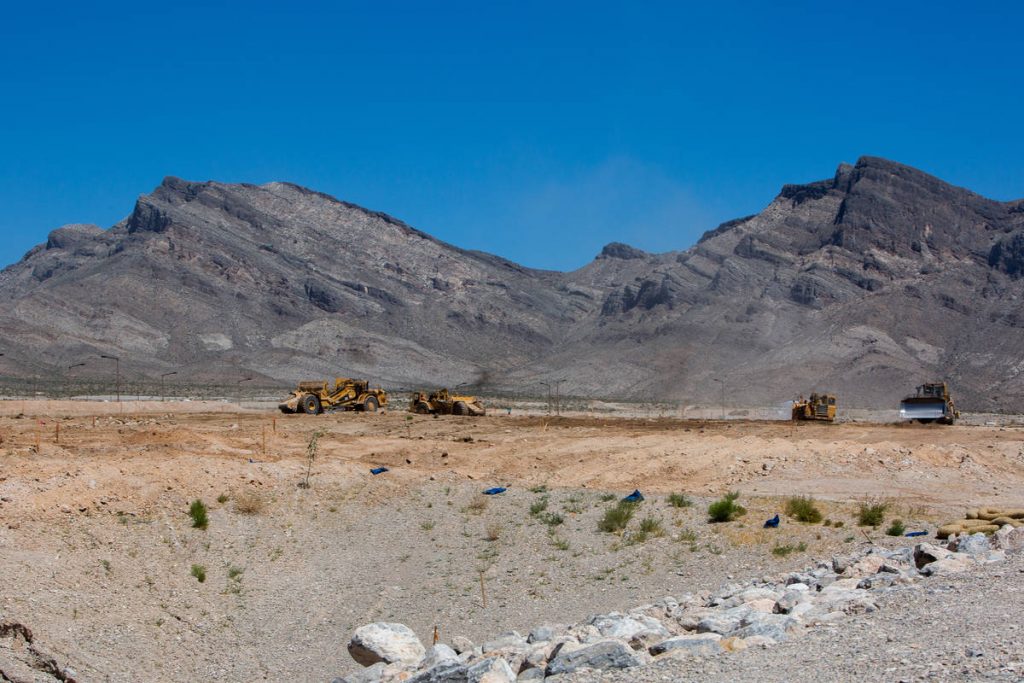 The offer went nowhere, but its chairman has now pitched the sprawling Las Vegas community to another high-profile company: Tesla.

After Tesla boss Elon Musk threatened on Twitter May 9 to move the Silicon Valley electric-car maker’s headquarters to Texas or Nevada, Hughes Corp. Chairman Bill Ackman tweeted May 21 that he should consider one of the developer’s master-planned communities in those states and to “take a close look” at Summerlin.

.@elonmusk Inspired by our namesake Howard Hughes, another visionary American, we propose a few alternatives for your Nevada or Texas move. @HowardHughesCo owns master planned cities where we can create @Tesla new HQ. Please watch this 2 minute video https://vimeo.com/420131951

272 people are talking about this

Ackman, a billionaire hedge fund operator who owns about 30 percent of Hughes Corp.’s stock, cited, in part, the “great outdoor life” in nearby Red Rock Canyon.

He also tried to sell Musk on the idea of owning a home in The Summit Club, a luxury housing enclave in Summerlin.

.@elonmusk Please take a close look at our @summerlinlv community. Closer to the @GigaNevada , great outdoor life in @RedRockCynLV and in case you change your mind about owning a home, you would like our Discovery Land JV https://summitclubnv.com/

147 people are talking about this

It’s unclear if anything will come of the pitch — it was made on Twitter, after all. But it was another attempt by Summerlin’s developer to persuade a billionaire celebrity businessman to set up shop in the suburban Las Vegas outpost, and another crack at bringing an electric-car company to Southern Nevada, following state lawmakers’ Faraday Future fiasco.

Musk raised the prospects of the move when he announced Tesla was suing Alameda County, California, after the company suspended production at its Fremont car plant because of the coronavirus pandemic.

During an earnings call in late April, he called stay-at-home orders “fascist.”

“Frankly, this is the final straw,” he tweeted earlier this month. “Tesla will now move its HQ and future programs to Texas/Nevada immediately.”

Tesla is filing a lawsuit against Alameda County immediately. The unelected & ignorant “Interim Health Officer” of Alameda is acting contrary to the Governor, the President, our Constitutional freedoms & just plain common sense!

Frankly, this is the final straw. Tesla will now move its HQ and future programs to Texas/Nevada immediately. If we even retain Fremont manufacturing activity at all, it will be dependen on how Tesla is treated in the future. Tesla is the last carmaker left in CA.

29.9K people are talking about this

Representatives for Texas-based Hughes Corp. and Tesla, whose corporate headquarters are in Palo Alto, California, did not respond to requests for comment Friday.

Ackman isn’t the only one to pitch Southern Nevada to Tesla. Las Vegas city officials jumped at the chance to land the carmaker, aggressively courting Tesla to move its headquarters here after Musk threatened to bail on the Bay Area, the Review-Journal’s Shea Johnson reported.

Hughes Corp. sells land to homebuilders in Summerlin, which spans 22,500 acres along the valley’s western rim and boasts more than 100,000 residents. The developer had tried to give a big chunk of dirt there to Amazon after the online retail giant, led by mega-billionaire Jeff Bezos, launched a bidding war for its “HQ2” corporate campus project.

Southern Nevada’s fall 2017 proposal included land offerings around the valley, including a free 100-acre spread in Summerlin, which, as homebuilders know all too well, boasts some of the highest land prices in town.

Meanwhile, the last time local officials rallied to land an electric carmaker it ended with a flop.

Faraday Future drew up plans for a 3.4 million-square-foot factory that could produce up to 150,000 electric vehicles annually. The Nevada Legislature approved a $335 million incentive package for the plant at a special session in 2015, though Faraday didn’t have a publicly identified CEO at the time and hadn’t started selling cars.

It broke ground on the project in 2016 in North Las Vegas’ Apex Industrial Park. But construction stalled amid reports of financial troubles, and Faraday bailed on the factory in 2017, saying it wanted an existing facility instead.

It then leased a former tire plant in California.

Faraday sold its 900-plus acres of land at Apex last year to a Canadian investment firm for around $17 million — less than half the initial asking price.