The Financial Catastrophe That Coronavirus Brought to Small Towns 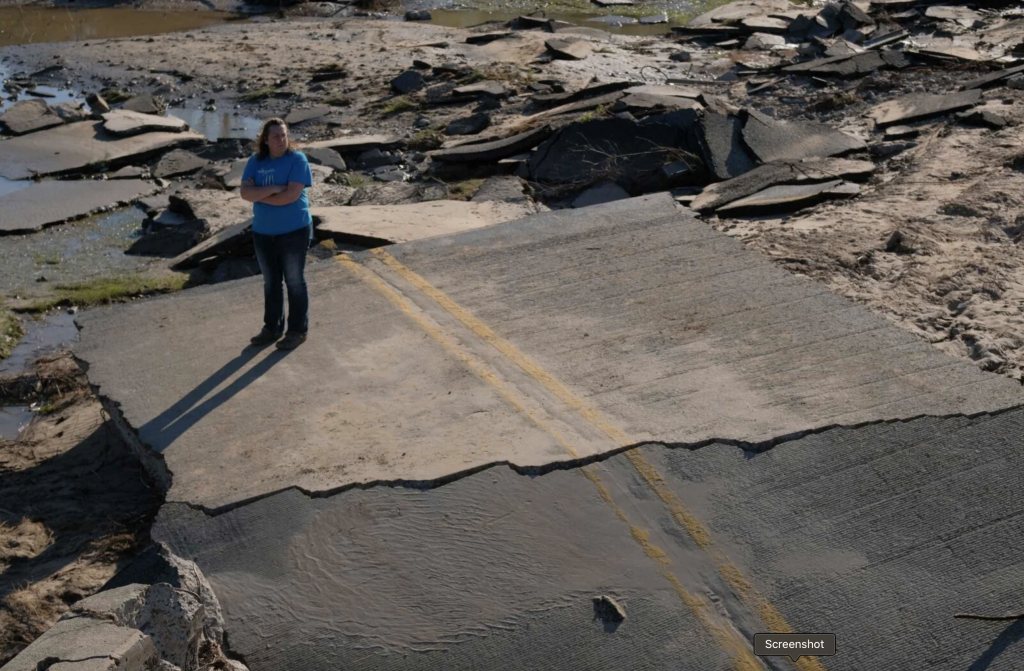 The federal government has abandoned America’s small towns as the coronavirus depletes their budgets. It’s flood season and local leaders have no idea how to help residents through natural disasters. “We do not see how we will survive,” one told us.

Kevin Smith, the mayor of Helena-West Helena, Arkansas, feels abandoned by the federal government. On Easter Sunday, a storm hit his city of 10,000, one of the poorest in the state. It knocked out power for most residents; those who’d used SNAP benefits to stock their refrigerators saw their groceries spoil. Streets flooded. Sewers overflowed. In the thick of a pandemic, debris blocked roads to the hospital.

His city faces a loss of up to 30% in revenue because of the coronavirus, but doesn’t qualify for direct federal stimulus funding, which is reserved for those with populations of 500,000 or more. So at a time when his city needs infrastructure the most, he is weighing cuts and layoffs.

Smaller cities and towns, already reeling from the pandemic and the resulting financial crisis, face natural disasters like spring floods and the approaching hurricane season, additional blows exacerbated by climate change. Meanwhile, they’ve been left behind as federal coronavirus relief efforts favor larger cities. The House of Representatives passed another stimulus bill this month that allocates $188 billion for local governments, including smaller towns. It has little chance of passing the Senate. A separate bipartisan bill introduced in the Senate would provide emergency assistance for local budgets.

The United States Conference of Mayors has a growing database of fiscal impacts in 170 cities. Santa Monica, California, for example, is eliminating 337 staff positions, and Oakland Park, Florida, has announced that all city employees, including first responders, must take one day off every two weeks without pay.

That list is far from complete. It doesn’t include Midland, Michigan, where 28% of city workers were furloughed or faced reduced work hours last month. Midland is now the epicenter of a massive flood that forced 10,000 people to evacuate after heavy rainfall and two collapsed dams sent the Tittabawassee River to record levels.

Noah Ponte, an out-of-work hotel manager in Detroit who grew up in Midland, drove into town last Tuesday night to help with volunteer efforts. He and other volunteers created Google forms to match people offering housing, food and clothing assistance with evacuees who need it. “We really can’t catch a break right now,” Ponte said.

The storm is consistent with climate models that predict increasing rainfall for the Midwest. It’s an example of the cascading catastrophes experts have warned about, as weather and climate-related disasters pile on top of the coronavirus.

Communities face a “three-front war: it’s the pandemic, other natural disasters, and the revenue,” said Colin Wellenkamp, executive director of the Mississippi River Cities and Towns Initiative, which represents 96 communities along the river.

Some towns are still recovering from last year’s floods. Greenville, Mississippi, a city in the Delta region, was still fixing streets and sewers after $4 million worth of municipal damage. Mayor Errick Simmons said they won’t be able to open the city’s parks and swimming pool this summer, because they’re funded by gaming revenues from local casinos that had to close due to the virus. Last year, Greenville received $118,000 of that revenue in April. This year, he said, the check came to $900.

Simmons faces a $3.5 million budget shortfall. The city just approved furloughs of up to 120 days for as many as 25 city employees, and another 37 crossing guards are out of work due to school closures.

The 2019 flood also left its mark on Kimmswick, Missouri, which spent $150,000 building a temporary levee that saved the town last year. The tiny community of 170 residents relies heavily on festivals it hosts, said Mayor Philip Stang. The spring Strawberry Festival, where vendors sell strawberry cake, pie, jam and “anything you can do to a damn strawberry,” supplies a quarter of the budget. Last year, it was cancelled because of the flood. The coronavirus forced him to cancel it again this year.

Now he’s wondering about the fall Apple Butter Festival, known for its beehive-shaped Levee High apple pie, stuffed with 18 apples and coated in caramel. The event usually generates half the city’s budget.

Stang hasn’t laid off anyone yet, but he’s curtailed police presence and deferred all but the most urgent road maintenance, he said. “If you get a big enough hole in the street, we’ll go find some gravel and fill it in so you don’t fall in.” 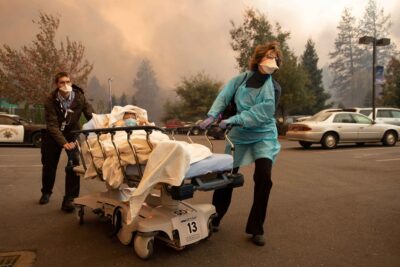 The next several months could bring hurricanes, floods and fire, on top of the pandemic currently raging through the country. How do you shelter in place during an evacuation?

The mayors said they’ve received little state or federal aid. “The best thing the government can do is pass a package for cities and towns of all sizes, to cover revenue shortfalls,” Simmons said. “We need cash infusions.”

Until then, they are relying on charity.

The most immediate aid for Helena-West Helena came from volunteers with the Arkansas Baptist Disaster Relief, a group affiliated with the Arkansas Baptist State Convention. Randy Garrett, its disaster relief director, said they showed up the evening of the storm and began clearing trees, cooking meals and distributing supplies. Crucially, they brought in a generator to power the water pumps, so the hospital and nursing home could stay open. A construction company provided a second generator.

Tonya Phillips, who lives in the city with her family, said it took four days to get their electricity restored. She enjoyed one home-cooked meal at a relative’s house in a neighboring town. The rest of the time she stayed home, opening the fridge as little as possible to preserve their food. “I thank God every day for the volunteers,” she said. When she saw workers clearing the trees on her street, it was such a welcome sight that she took a photo.

Smith said he couldn’t have managed without the Baptist State Convention. The state never provided recovery funds. He applied for FEMA disaster aid after a volunteer suggested it; more than six weeks after the storm, he is still waiting to see if that will be approved.

“We need more immediate, direct help,” said Simmons, the Greenville mayor. “If we do not receive that … we do not see how we will survive into the following year.”