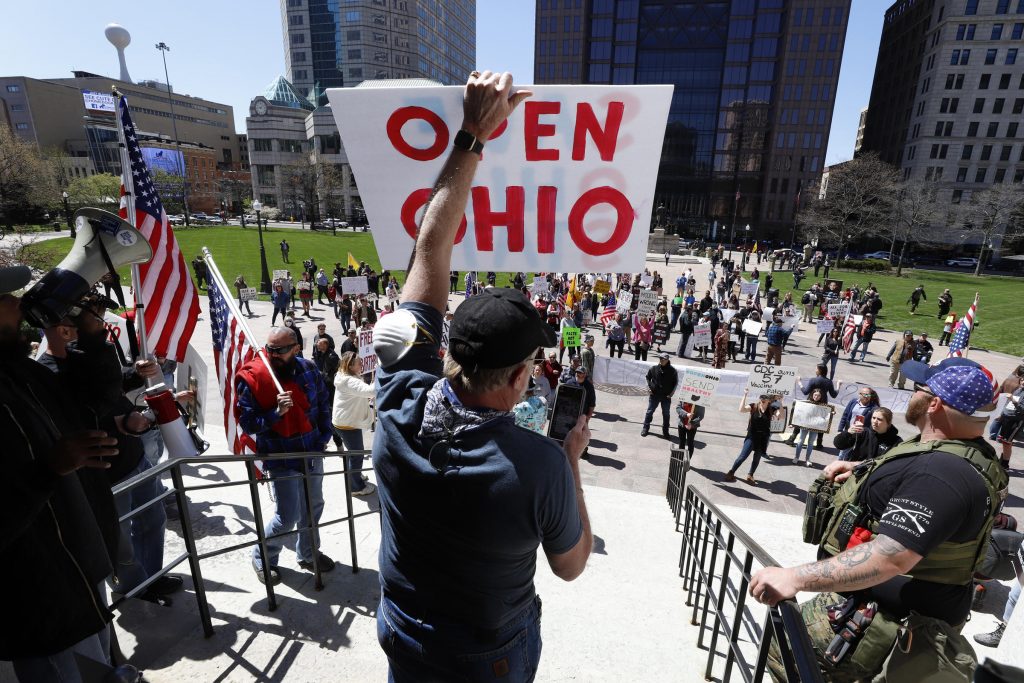 As patrons potentially flock to bars and restaurants over the holiday weekend, extra undercover agents will be out to observe, educate and, if necessary, enforce the state’s public health order to thwart the spread of coronavirus.

The agents are part of the Ohio Investigative Unit, which is made up of plainclothes peace officers responsible for enforcing Ohio’s alcohol, tobacco and food stamp fraud laws.

Along with looking for criminal activity, the officers now are tasked with watching for potential violations of the state’s health order for restaurants and bars to safely operate during the coronavirus pandemic.

The agents can issue administrative citations, which could lead to a hearing with the Ohio Liquor Control Commission. Possible penalties include fines, suspensions or even revoking a business’ liquor permit.

“We just don’t know the compliance rate out there,” Ohio Investigative Unit Enforcement Commander Eric Wolf said. “We certainly expect that a vast majority of the places we visit will be in compliance and do what they have to do.”

Wolf said the undercover agents don’t have a set checklist, but they will look for things such as groups larger than 10, patrons congregating in open areas or around the bar or people using pool tables and video games — all things still not allowed under the state health order.

This will be in addition to their normal duties, like checking for underage alcohol sales and over serving, Wolf said.

To help the unit as bars and restaurants reopen their dining rooms, Wolf said the agency is adding the help of sworn officers from other agencies. Officers from the Ohio Casino Control Commission will be teaming up with the Ohio Investigative Unit. Locally, the Stark County Sheriff’s Office will be pairing deputies with agents as well, Wolf said.

The agents generally work in pairs, Wolf said, and the extra help will let them about double the amount of teams they can send out. In an ideal situation where businesses are following the rules, Wolf said officers would “leave without an establishment knowing we were even there.”

Wolf said the two main goals are observation and education. If a business is doing mostly everything right but has one or two problems, he said an officer would likely just address the issue, and help the owners comply.

He said a big part of enforcing the health order is making sure patrons also know what they need to do to comply and be safe.

“At the same time, we’re trying to get the message out that it’s the patrons’ responsibility as well,” Wolf said.

Officers have been doing similar checks while bars and restaurants reopened patios. Wolf said by-and-large, the agency saw very few incidents in which they had to issue violations.

If there is an issue that rises to a violation, Wolf said it would be filed against the business’ liquor permit, and lead to a hearing with the liquor control commission.

Agents will not be shutting down businesses, he said.

END_OF_DOCUMENT_TOKEN_TO_BE_REPLACED

U.S. stock index futures advanced on Wednesday as hopes of an economic recovery eclipsed worries over simmering tensions between the United States and China.