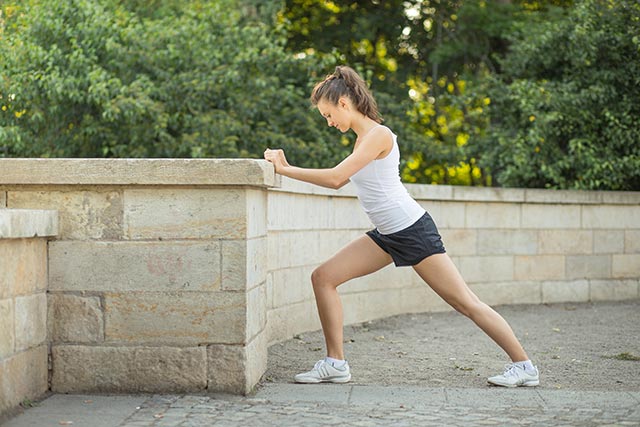 (Natural News) Exercise improves brain functions in overweight and obese individuals, according to a recent review. Published in Frontiers in Aging Neuroscience, it revealed that exercise altered the size of different areas of the brain, such as the prefrontal cortex and the hippocampus.

Exercise also enhanced the structural integrity of white matter, the tissue in the brain that controls vital cognitive functions like learning and memory.

What does the brain have to do with obesity?

Obesity has become a serious and pervasive health problem in the U.S. According to recent reports from the Centers for Disease Control and Prevention (CDC), obesity-related conditions like heart disease, stroke and Type 2 diabetes are some of the leading causes of preventable premature death.

Besides its strong link to diet and nutrition, experts have established that this metabolic disorder is also tied to brain health and brain functions.

The brain responds to several internal and external signals to let it know when it is time to eat. Appetizing smells, for instance, might trigger our appetites. Whether or not you feel like eating, food advertisements and emotional triggers like stress can also increase appetite.

Our bodies produce hormones, such as insulin and leptin, that affect appetite and metabolic rate, which determines how fast you burn calories. These hormones go straight to the area of the brain called the hypothalamus, which is responsible for regulating signals about hunger, appetite and fullness.

Each hormone performs specific roles. For example, leptin, which is released from fat cells, controls hunger and metabolism. Insulin, on the other hand, which comes from the pancreas, determines whether or not there is enough sugar in the body for energy production.

In obese individuals, the high amount of fat disrupts the functions of and the balance between these hormones. As the amount of fat increases, so do the leptins. As a result, an individual might have an increased appetite despite being full. This situation often leads to overeating and frequent snacking in between meals.

Past research has also shown that too much fat can lead to an inflamed hypothalamus. This type of fat-induced inflammation can damage cells in the brain that regulate appetite and fullness. Excess fat can also alter brain structure and trigger the premature onset of cognitive impairment and age-related brain conditions like Alzheimer’s disease and Parkinson’s disease.

Besides nutrition interventions like diets and fasting, exercise is also prescribed as a form of weight-loss intervention for proper weight management. But a team of researchers from the University of Pittsburgh found evidence that exercise also improves brain health and brain functions in overweight and obese individuals.

When the researchers assessed the overall quality of the results reported by the studies, they found that exercise increased the volume of gray matter in the prefrontal cortex. The gray matter is responsible for brain functions like muscle control, speech and decision-making.

In addition, the team found evidence that exercise enhanced the structure of white matter, which supports neural communication. Exercise interventions also led to significant improvements in learning and visuospatial processing in obese individuals.

Based on the findings of their investigation, the researchers thus concluded that exercise improves overall brain structure and enhances several cognitive functions. They also emphasized that exercise shows potential as an effective method of intervention for brain aging and cognitive decline.

Read the latest articles on brain health and brain research studies at Brain.news.