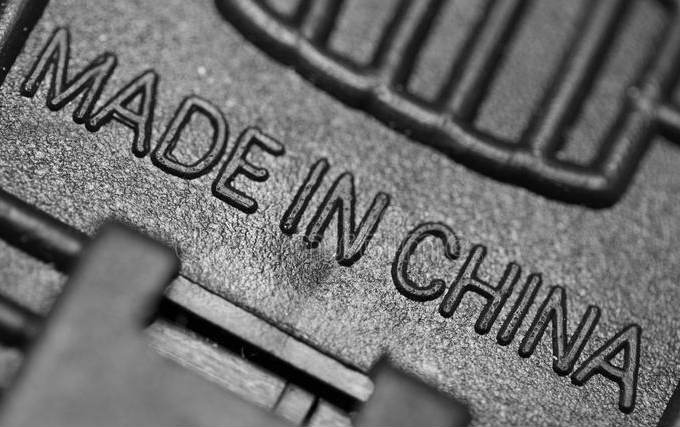 It’s not quite a new Cold War yet. Just the cold shoulder.

Some 40% of Americans said they won’t buy products from China, according to a survey of 1,012 adults conducted May 12-14 by Washington-based FTI Consulting, a business advisory firm.

That compares with 22% who say they won’t buy from India, 17% who refuse to purchase from Mexico and 12% who boycott goods from Europe.

For observers of trade policy, that last point is striking because a large majority in the U.S. have traditionally shunned protectionism. According to Gallup, almost four-fifths of Americans embrace international commerce as an opportunity rather that a threat, a number that’s steadily risen over the past decade.

After two years of tariff wars and now the scourge of a coronavirus that originated in China, it’s hardly surprising to see some souring of U.S. public opinion about the country’s main economic rival. But the degree of the shift and the timing of it — less than six months before a presidential election — may mark a sea change in the electorate. It could embolden some of China’s harsher critics in Washington, with huge potential consequences for financial markets.

“Foreigners are an all too easy political target in normal times. But once they become unpopular, politics can turn dangerous, as they turn into policy,” said Chad Bown, a trade expert at the Peterson Institute for International Economics. “As candidates compete over who can adopt a more extreme stance toward China between now and November, their post-election policies toward Beijing are increasingly being set in stone.”

President Donald Trump drove the wedge a little deeper last week when he suggested in an interview on Fox Business Network that the U.S. could sever ties entirely. “There are many things we could do — we could cut off the whole relationship,” Trump said when asked about taking punitive steps like reducing U.S. visas for Chinese students.

Beijing’s response on Friday showed little effort to win a likability contest. “Such lunacy is a clear byproduct, first and foremost, of the proverbial anxiety that the U.S. has suffered from since China began its global ascension,” according to an editorial in the Global Times, a Chinese tabloid run by the flagship newspaper of the Communist Party.

Trump’s divorce threat revived memories of his tweet last August when, in the heat of the trade war, he “hereby ordered” American companies to look for alternatives, saying “we don’t need China and, frankly, would be far better off without them.” He called on executives to bring jobs home and make products in the U.S. — repeating his argument for a decoupling from China that the pandemic has only amplified.

….better off without them. The vast amounts of money made and stolen by China from the United States, year after year, for decades, will and must STOP. Our great American companies are hereby ordered to immediately start looking for an alternative to China, including bringing..

31.5K people are talking about this

For a majority of U.S. companies that do business in China, uprooting themselves from world’s second-largest economy isn’t really feasible. But according to a March survey of members of the American Chamber of Commerce in China, 44% of respondents said it’s not possible for the two economies to decouple, down from 66% polled in October. A fifth said decoupling will accelerate.

For U.S. consumers, who may not fully grasp how much they consume from China, the desire for a breakup is intensifying. According to Kat Devlin, a research associate at the Pew Research Center’s Global Attitudes Project, “we’re in somewhat uncharted territory with how Americans see China.”