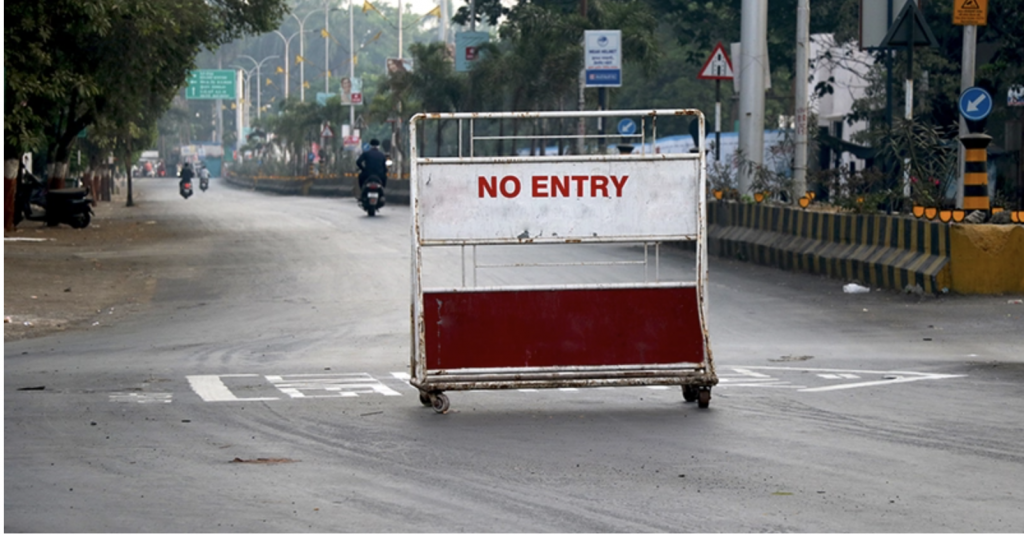 Some have acted in defiance, forging paths forward without approval from their governors, spurring threats of retaliation from the state officials.

Several blue state governors have refused to listen to the cries of residents begging them to reopen their respective states, instead issuing threats against localities and business owners who fail to comply with their draconian lockdown orders — threats that have, largely, failed to come to fruition.

Residents across several states, under the leadership of Democrat governors, have been urging their respective governors to reopen the economy as the coronavirus curve flattens across the country and hospitals remain significantly under capacity.

Some have acted in defiance, forging paths forward without approval from their governors, spurring threats of retaliation from the state officials.

However, many of these blue state governors have demonstrated that their draconian lockdown orders cannot prevail against the American spirit, as Americans continue to fight for their right to operate their businesses, work, and earn a living.

Perhaps no governor has demonstrated this more so than Pennsylvania’s Tom Wolf (D), who has earned a collection of nicknames — including “Commie Tommy Wolf” — over his refusal to lift the lockdown order on several counties. His lockdown order, which extends to red phase counties, bars non-life essential businesses from operating. Instead of listening to the concerns of residents, many of whom rallied at the state’s Capitol last week, Wolf issued a series of threats to counties and businesses moving to reopen without his explicit permission.

“To those politicians who decide to cave in to this coronavirus, they need to understand the consequences of their cowardly act,” Wolf said last week following rumblings of a “mutiny” forming among counties stuck under his lockdown orders.

He ultimately threatened to withhold federal stimulus discretionary funds from counties defying his order and also issued a threat to business owners directly, warning that they could lose their health department certificate, liquor license, and certificate of occupancy, at the hands of the state.

His remarks came as a handful of district attorneys across the state affirmed that they would not prosecute businesses reopening against Wolf’s orders. Wolf quickly backtracked on his tough talk, admitting that he had not asked the state’s attorney general to take action.

Wolf also waffled during Monday’s press conference, admitting that there would likely be no penalties for gym owners who opt to reopen outside of his instructions.

“The real penalty is that the people risk getting sick,” he said.

He added that the “primary responsibility” lies with the business and person making the decision there and the customer.

Billionaire Gov. J.B. Pritzker (D) has also been talking tough as part of his attempt to discourage potential dissenters. He filed an emergency rule Friday, described as an “additional enforcement tool for businesses that refuse to comply with the most critical aspects of the stay-at-home order.” As a result of Pritzker’s actions, businesses can face up to a $2,500 fine or jail time for violating his order.

However, his spokesperson clarified that the threat would only be used against businesses that “pose a serious risk to public health and refuse to comply with health regulations.”

“The rule gives law enforcement a tool that may be more appropriate and less severe than closing the business altogether,” Jordan Abudayyeh, a spokeswoman for the governor, said.

“But they are getting a citation where they would have to go to court,” she added.

Even Michigan Gov. Gretchen Whitmer (D), who attempted to imposed some of the most severe lockdown orders in the country — even barring neighbors from visiting each other — has been unable to stop the protests in her state and has faced severe backlash for attempting to enforce her lockdown orders, particularly after waging a war against a 77-year-old barber who reopened his business after being denied unemployment. All the while, she has been losing support from members of her own party. Democrat Genesee County Sheriff Chris Swanson, for instance, stated that he would not enforce her stay-at-home order, and Democrat County executive Mark Hackel criticized the governor, noting that he remains “unimpressed” by her plan to reopen the state.

County sheriffs across the state also took a stand against Whitmer’s instructions. The sheriffs wrote in a letter last month:

Each of us took an oath to uphold and defend the Michigan Constitution, as well as the US Constitution, and to ensure that your God given rights are not violated,” the sheriffs wrote in a letter last month. “We believe that we are the last line of defense in protecting your civil liberties.”

Pennsylvania’s Cumberland County Sheriff’s Office issued a similar statement, clarifying that it “will not be enforcing any ‘order’ that violates our Constitutional Rights.”

On the West Coast, California’s Central Valley took a stand against Gov. Gavin Newsom’s (D) stay-at-home orders, establishing itself as a “sanctuary city” for businesses and churches. City council members passed a resolution “affirming the city’s commitment to fundamental constitutional rights and declaring the city of Atwater a sanctuary city for all businesses,” as the San Francisco Chronicle reported.

Americans across the country continue in their defiance of the lockdown orders as business owners — from restaurant owners to salon owners — charge ahead to earn their livelihoods in violation of orders issued by their state leaders.

“It appears to be about us, but it’s not about us. It’s about all the people that reached out to me to tell me they’re losing everything — everything hard they ever worked for,” Jesse Probus, owner of Sick Ink Studios in Pennsylvania’s Lehigh County, said in a video statement last week, detailing his decision to begin reopening.

“It’s something that I have to do to help other small business owners. Maybe they’ll stand up with me,” he said, adding that he felt as though his “civil liberties are threatened with all this that’s going on.”

“Put the politics aside and let the people work, because the country is turning into more like a communist system here,” Themi Sacarellos, owner of Pennsylvania’s Round the Clock Diner, which recently reopened for dine-in services, told Breitbart News. “And I know better than a communist system. I lived in those days.”

As Democrat governors fail to enforce their dramatic lockdown measures and slowly begin to heed to the mounting calls to reopen,  states like Florida and Georgia — under the leadership of Gov. Ron DeSantis (R) and Gov. Brian Kemp (R) — are loosening restrictions and yielding hopeful results, as coronavirus cases are not currently surging in either state. In fact, Kemp announced on Tuesday that the Peach State reached the lowest number of hospitalized coronavirus patients “since hospitals started reporting data to the Georgia Emergency Management and Homeland Security Agency (GEMA/HS) on April 8.”

“Our hospitalization numbers continue to show encouraging signs in our fight against COVID-19, but we must remain vigilant in our efforts to combat this virus,” Kemp said in a statement.

“I continue to ask Georgians to practice social distancing, follow the advice of public health officials, and protect the elderly and medically fragile,” he added:

Today marks the lowest number of COVID-19 positive patients hospitalized in Georgia at 986. That’s down 34% since May 1st.

Today also marks the lowest total of ventilators in use (897 with 1,945 available).

We will win this fight together! 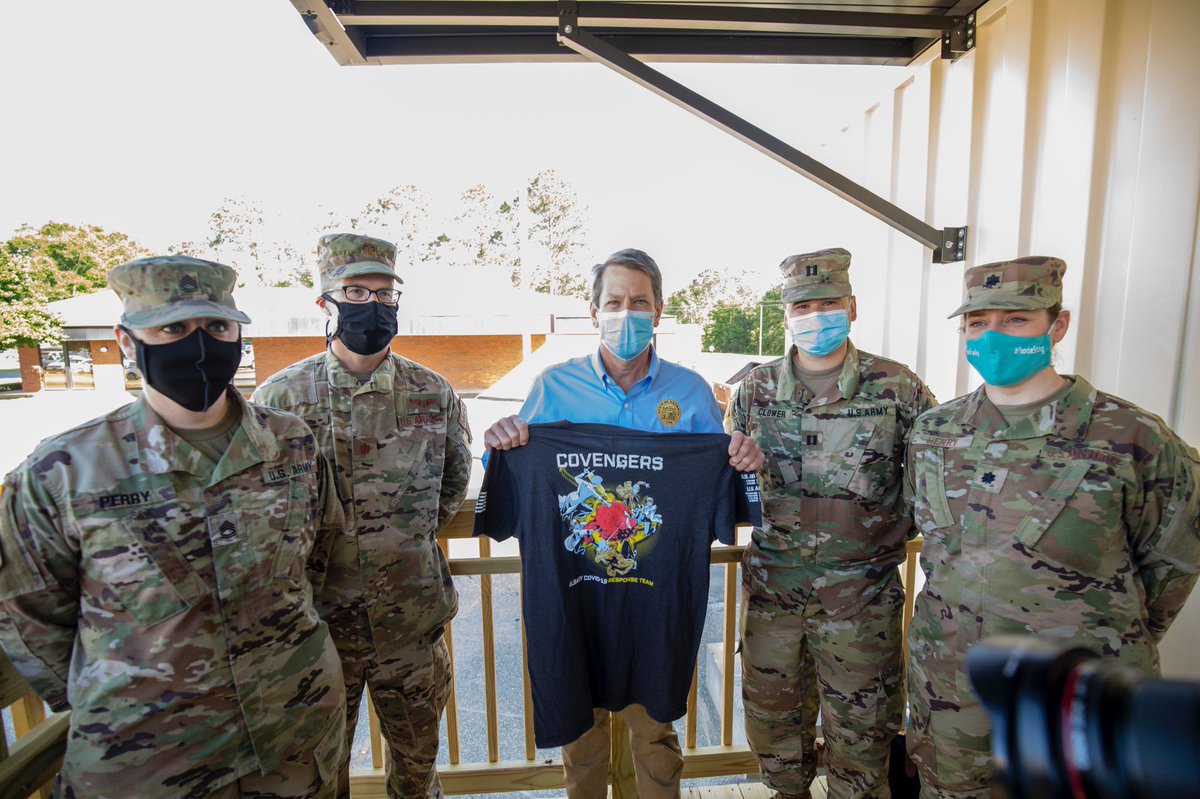 1,177 people are talking about this

“But everyone in the media was saying Florida was going to be like New York or Italy, and that has not happened because we understood we have a big, diverse state,” DeSantis said of the early media criticisms.

“We understood the outbreak was not uniform throughout the state, and we had a tailored and measured approach that not only helped our numbers be way below what anyone predicted, but also did less damage to our state going forward,” he added.

While Democrat leaders, like Rep. Maxine Waters (D-CA), are scolding Americans gathering in protest, President Trump has defended citizens who have publicly expressed their disapproval of lockdown orders.

“These are great people,” Trump said in April.

“They want their life back; their life was taken away from them,” he added.

END_OF_DOCUMENT_TOKEN_TO_BE_REPLACED

U.S. stock index futures advanced on Wednesday as hopes of an economic recovery eclipsed worries over simmering tensions between the United States and China.