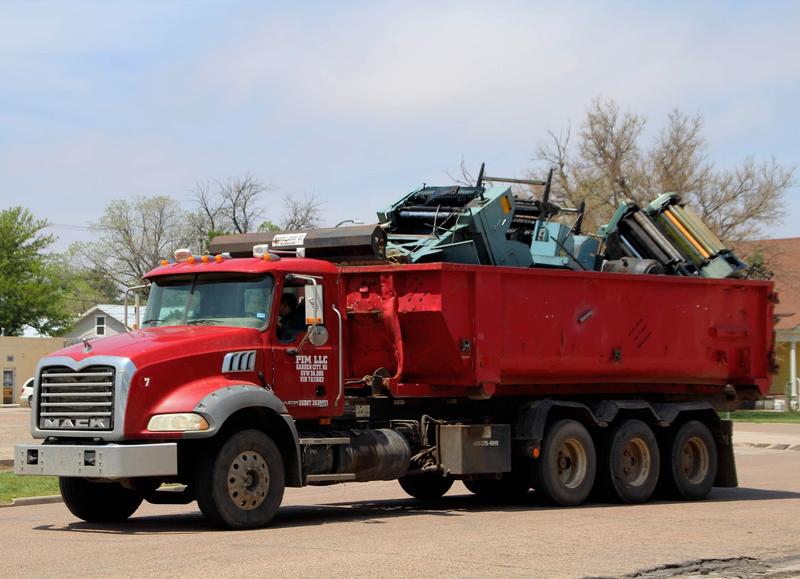 Garden City, Kan. –  During a pandemic, local news coverage means more than keeping tabs on the city council or high school sports.The stories published in a newspaper, broadcast on a network TV affiliate or aired on the radio bring critical information about the public health crisis to communities.

People count on reporters in their town or region to let them know about the latest spread of disease, about what’s safe and what’s not — especially in small meatpacking towns that have become coronavirus hot spots.

“They’re doing the best they can,” said Angela Labrier, who turns to the Fox News Channel and The Garden City Telegram to stay on top of what’s happening with the coronavirus.

But it’s getting harder for local news outlets, just about everywhere.

In Kansas, 58 of the state’s 105 counties find themselves left with a single newspaper. Since 2004, Kansas has lost 18 daily newspapers. The surviving news outlets find themselves thinned out, with fewer reporters to track down and distill the news in the communities they struggle to cover.

The pandemic only made things worse. Stay-at-home orders, and the economic collapse that followed, put hundreds of thousands of Kansans out of work. That business free-fall cut deep into advertising revenue. For generations, news organizations have relied on ads as the foundation of their business models.

Now many news outfits that had to cut journalists off the payroll before a virus undid the economy face new economic pressure to slice even deeper.

Gatehouse, which owns the largest number of newspapers in Kansas, recently merged with Gannett. Editors and reporters at the chain making $38,000 or more will be furloughed for one week without pay in May, June and July. McClatchy — it owns the two largest media outlets in Kansas, The Wichita Eagle and The Kansas City Star — finds itself in bankruptcy.

In central Kansas, the Hays Post — a digital outlet run by Eagle Radio — created a coronavirus section on its website early on, said Eagle Radio News Director Ron Fields. The Hutch Post, the Salina Post and the Great Bend Post, and all of Eagle Radio’s websites, did the same thing.

In a testament to the hunger for local news in a crisis, web traffic doubled in little more than three weeks.

“In that short time period, there were just over a million individual devices that hit those four sites,” Fields said.

But Eagle Radio is the exception to the rule.

Over the last 15 years, 2,100 American newspapers have shuttered, said Penny Muse Abernathy, a communications professor at the University of North Carolina. The coronavirus will likely accelerate the news desert issue that Abernathy has tracked for 15 years.

Abernathy studies news deserts — places she defines as having “limited access to the sort of credible and comprehensive news and information that feeds democracy at the grassroots level.”

She sees an emergence of “ghost newspapers,” the remnants left when large chains consolidate and strip down papers.

Elisa Shearer is a research associate at the Pew Research Center, which has surveyed people about the new coronavirus since March.

“Most people say that they’re following (the news) at both the local and the national level and almost half say that local outlets are a major source of news for them,” Shearer said. 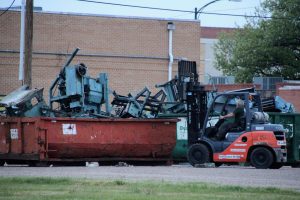 Yet more than a third say they look to state and local officials, meaning those public figures can drive public understanding of the outbreak without the context and fact-checking that people traditionally turned to journalists for.

The media still matter. Steven Smethers, director of the A.Q. Miller School of Journalism and Mass Communications at Kansas State University, said that when newspapers or other outlets cover less news, people notice.

“When you ask them then about what would be a good substitute if they didn’t have that local newspaper or that local radio station, it’s a sobering moment,” he said. “They can’t imagine life without the newspaper or the radio or television station either.”

Yet professional news organizations continue to shrink, even disappear. That’s created a growing thirst for coverage.

“The Collegian has been on top of this story from day one,” Smethers said. “We have about five students who have kept reporting on this beat.”

In areas with few or no media outlets, people often turn to social media for news. In the early days of the pandemic, bogus cures circulated widely.

“The good news is at least Facebook and Google are trying to take those down,” said Abernathy, the North Carolina researcher, “The bad news is they can still stay out there for long periods of time.”

In Dodge City, Pablo Candia started the bilingual Informative Hispanic American newspaper in 2012. But printing stopped once businesses that advertised started shutting down because of the coronavirus. If the newspaper doesn’t survive, he said the community will miss out on information. would leave a hole, a new news desert, in the community.

“If our publication (doesn’t) return, readers will lose an independent newspaper” Candia said.

Corinne Boyer covers western Kansas for High Plains Public Radio and the Kansas News Service. You can follow her on Twitter @corinne_boyer or email cboyer (at) hppr (dot) org.

The Kansas News Service is a collaboration of KCUR, Kansas Public Radio, KMUW and High Plains Public Radio focused on health, the social determinants of health and their connection to public policy.

Kansas News Service stories and photos may be republished by news media at no cost with proper attribution and a link to ksnewsservice.org.