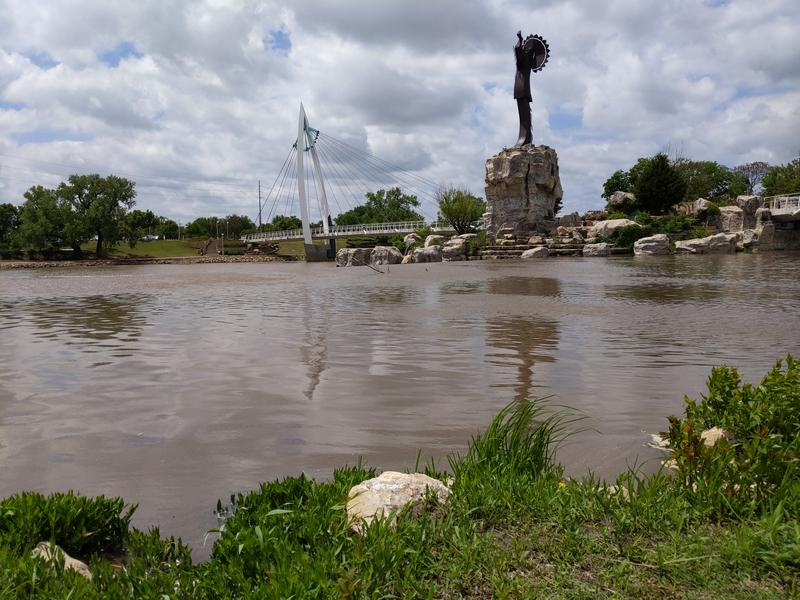 Wichita, Kan. – At the start of 2020, Wichita dreamed of a $1 billion face-lift alongside the Arkansas River, complete with a new performing arts center, a new convention hall and wide green spaces.

That vision for the future in Wichita, and in other Kansas communities, has been put on hold for months or years — if not completely torn up — by COVID-19’s economic and public health impact.

“We have to get well before we can start running again,” said Darryl Kelly, a member of Wichita’s Riverfront Legacy Master Plan coalition.

That’s not to say there are no opportunities for growth. Bourbon County is still moving forward with plans for a health care facility, and the Kansas Department of Commerce said that the coronavirus has spurred interest from businesses looking for new distribution centers. But any project looking to make use of tax incentives will need to pump the brakes, considering revenues are down. 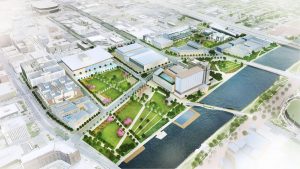 City and business leaders in Wichita long wanted an updated riverfront, arguing it would help a perennial problem — recruiting and attracting young talent. They wanted to reach higher to join mid-size metros like Tulsa, Oklahoma, and Cincinnati.

“You’re not going to get talent without that really unique, vibrant quality of place,” said Andrew Nave, executive vice president for economic development for the Greater Wichita Partnership.

So, in January, Wichita’s riverfront coalition rolled out its $1.2 billion proposal for overhauling the city’s downtown. It was meant to be a private-public partnership, some private investment and some funding from different mechanisms, including a sales tax increase of a magnitude that hadn’t yet been decided on.

The continued grounding of the Boeing 737 Max complicated the funding situation, as Wichita’s biggest employer, Spirit AeroSystems, laid off 2,800 workers that same month. The plan’s proponents pushed on, saying the aerospace troubles proved the city needed a diversified economy that a vibrant downtown could bring.

Wichita vice mayor Cindy Claycomb said the future is uncertain: “I don’t even know if we’ll get back to (the plan) in 2021.”

Plus, the plan itself might also need an overhaul when it returns, both because of economics and to accommodate any social distancing norms that might stick post-coronavirus, especially given the hopes for a new performance center and lots of green space. 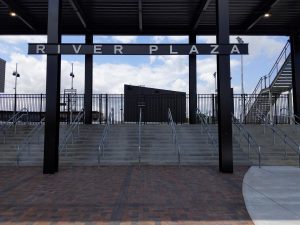 Swing and a wait

One part of the river vision already has taken shape: a new, $75 million baseball stadium.

Wichita lured a minor league baseball team — the New Orleans Baby Cakes — with the stadium. The Triple A team was rechristened the Wichita Wind Surge to great fanfare.

Opening Day would have been April 14 if not for the coronavirus. There’s been no Major League Baseball, hence no minor league baseball, either. The team, which is affiliated with the Miami Marlins, delayed moving in and Wichita has yet to collect any of its annual $350,000 in management fees from the team. There’s also the lost tax revenue from games and the 10,000-seat stadium.

“We look at this through the prism of 30 years,” he said. “One month or two months or one season doesn’t necessarily define how we look at the big picture.”

Racette said that, beyond saving the building, Wichita needs to put money toward education and technology-driven workforce development. 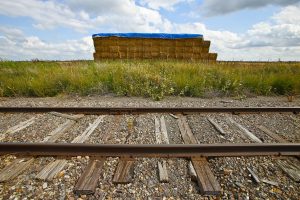 “I’ve been on the phone with business owners nine and 10 o’clock at night, just crying,” Hoener said. “You become a little more of a grief counselor.”

While not a billion-dollar project, Bourbon County did have to put on hold plans for a new multi-use facility to house Fort Scott Community College’s rodeo team. The building was expected to bring in $2 million a year in tax revenue, which would have made a huge impact in a county with a $12 million budget.

“Of course I’m not giving up on it,” Hoener said. “But at this point, we just don’t have the capacity or resources.”

But Bourbon County is still moving forward with plans for a health care mall. Mercy Hospital agreed in February to donate $1 million and its old hospital building, and Ascension Via Christi and other providers will operate out of the space.

The Department of Commerce has been staying busy, too. Since mid-March, more than double the number of businesses that are interested in coming to Kansas have reached out compared to the same period last year. Many of those companies have seen an uptick in demand because of COVID-19, such as those providing personal protective equipment, and need new distribution centers.

But Secretary of Commerce David Toland says many projects, especially those relying on public-sector financial support, will have to wait.

“This is a complicated time to do a large sales-tax driven project and so we are urging caution on the part of developers,” Toland said.

Coffeyville in southeastern Kansas was hoping to celebrate the opening of two new companies this year. It was long overdue, after a single day in February 2015 when Coffeyville lost two companies — an Amazon distribution center and a wire coating company — and almost 1,300 jobs.

The new tenants include a home manufacturer and a solar energy technology company — an expected 200 jobs between the two of them. But while the coronavirus hasn’t changed the companies’ minds, it did force a delay.

The companies can’t get loans, because bankers are too busy trying to assist with Paycheck Protection Program loans. So, Coffeyville is still waiting on the move-in, jobs and parties.

“You have a company that wants to invest $20 million into your community, you want to be able to shout it from your rooftops and throw parades,” said Trisha Purdon, executive director of the Montgomery County Action Council. “And we can’t do that.”

Stephan Bisaha reports on education and young adult life for KMUW and the Kansas News Service. You can follow him on Twitter @stevebisaha.