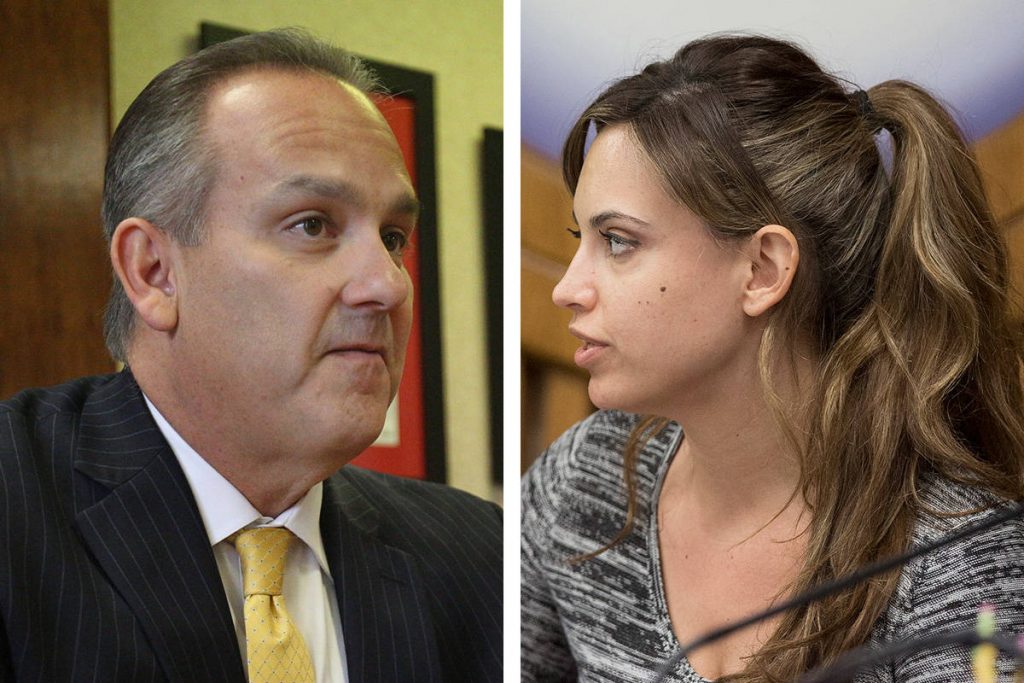 Clark County School Board member Danielle Ford has filed an ethics complaint against district Superintendent Jesus Jara, charging that the schools chief used his position to influence the upcoming school board race by directing a district lobbyist to meet with a candidate.

The complaint filed Monday states Jara directed lobbyist Patrick McNaught to meet with District B candidate Jeff Proffitt on Feb. 11 in order to obtain information about the race — allegations denied by McNaught and Proffitt.

“The benefit for Dr. Jara doing this is to obtain information regarding Mr. Proffitt’s political motives, if he would support Dr. Jara’s contract renewal that happens in 2021, and potentially other upcoming (district) items of interest,” the complaint stated.

It charges that Jara violated various statutes of NRS 281A, including “requesting or otherwise causing a governmental entity to incur an expense or make an expenditure to support or oppose a ballot question or candidate during the relevant time frame” and “using governmental time, property, equipment or other facility to benefit his significant personal or financial interest.”

The complaint presents as evidence activity reports sent from McNaught to Maria Marinch, the Clark County School District’s chief communications and governmental relations officer, listing meetings the lobbyist had in January and February as well as “topics of interest” such as states of campaign races. Among the meetings is a Feb. 11 item titled “met with Jeff Proffitt about trustee race.”

The reports do not indicate that meeting was held at the request of Jara or other district officials. CCSD did not answer questions of whether anyone directed McNaught to meet with school board candidates, nor whether it’s typical for district lobbyists to do so.

CCSD representatives said they had not received the complaint, and if received, “It will be evaluated and responded to appropriately.”

Ford declined to comment. She represents District F, which is not up for re-election this year.

In an interview, McNaught denied that the superintendent asked him to meet with Proffitt and said he regularly met with the candidate when they both worked as lobbyists for the Sheet Metal Workers Union Local 88. He said the topics of discussion at those meetings included legislation and its possible effects on the union’s interests, but not the school board race.

Asked specifically about the activity log, McNaught said he keeps similar logs for each of his clients and that it’s possible that he submitted an item meant for another client to the school district and later corrected the error.