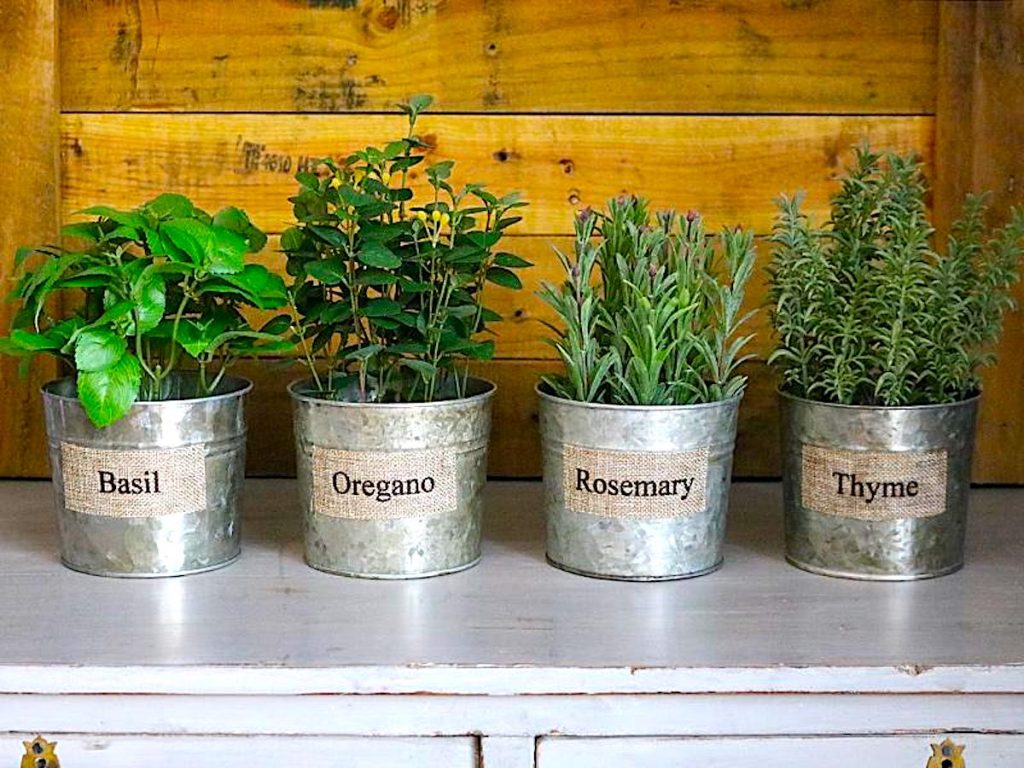 (Natural News) Gardening or growing your own produce is a fulfilling activity. It provides a convenient and healthy way of controlling the foods that you eat and ensures that they are always fresh and grown just the way you like.

But a common misconception is that you need an allotment or an actual garden to grow your own food. While having a plot of land is ideal, there are many fruits, vegetables and herbs that can grow just as well in small containers.

Potted crops are often cultivated as certified organic products. While growing them without the help of chemicals is possible, there are some challenges that come with not planting seeds directly in the ground.

For instance, mineralization — the process by which soil microorganisms decompose organic matter to produce nutrients — is limited when plants are container-grown. The availability of dissolved nutrients is also quite difficult to match with plant demand when using organic fertilizers.

In Sweden, pot-grown herbs and lettuce are considered important greenhouse crops, and the demand for organically grown herbs and lettuce is increasing. However, many growers are hesitant to switch over to organic production because supplying enough nutrients to plants using only organic nutrient sources is difficult.

To find a solution to this, Swedish researchers decided to study the release of minerals during the crop cycle from different organic fertilizers mixed into the growing medium for pot-grown crops. Their goal was to develop a fertilization strategy that can supply a sufficient amount of nutrients to short-term crops without the addition of extra fertilizers during crop growth. The reported their findings in an article published in the journal Biological Agriculture & Horticulture.

Growing crops in containers organically is challenging but possible

Plants need large amounts of nutrients at each stage of their growth cycle to perform optimally. Organic fertilizers depend on soil microbes to be degraded and converted into nutrients that plants can use. This degradation process depends on various soil factors, such as temperature, moisture and oxygen availability.

However, the problem growers face is matching the availability of dissolved nutrients in the growing medium for pot-grown crops with the plants’ demand at different stages of the crop cycle. Because nitrogen is the nutrient most used by plants, the researchers decided to focus on its rate of release in their study.

The researchers hypothesized that the rate of nitrogen release will restrict plant growth when organic nutrient sources are mixed with a limited amount of growing medium. They tested this by cultivating sweet basil and Pelargonium × hortorum (zonal geraniums) using two different organic fertilizers and controlled-release mineral nutrients as control treatment.

The two fertilizers they used were a combination of blood meal and a plant-based organic fertilizer, and poultry manure. The researchers monitored the availability of dissolved nitrogen during the crop cycle using under-pressure lysimeter sampling. They also measured plant development parameters along with chlorophyll fluorescence and chlorophyll concentration in leaves.

The blood meal + plant-based organic fertilizer treatment caused poor germination and slow growth in basil. It also affected plant height and fresh weight for basil, but not for the zonal geraniums. (Related: Tips for growing your own food without a garden, even if you live in a tiny apartment.)

Poultry manure treatment, on the other hand, resulted in paler leaves and lower chlorophyll concentrations, which indicated insufficient nitrogen supply. No differences in chlorophyll fluorescence were detected during both treatments, suggesting that neither caused stress to the plants.

Based on these findings, the researchers concluded that crops can be grown in pots with a crop cycle of seven to eight weeks without additional application of organic fertilizers during crop growth. However, for fertilizers like poultry manure, mineralization might be too slow to supply pot-grown crops with sufficient nitrogen.

Learn more about growing your own crops in pots at HomeGardeningNews.com.