US Army Colonel: Coronavirus Was Leaked From A Chinese Lab 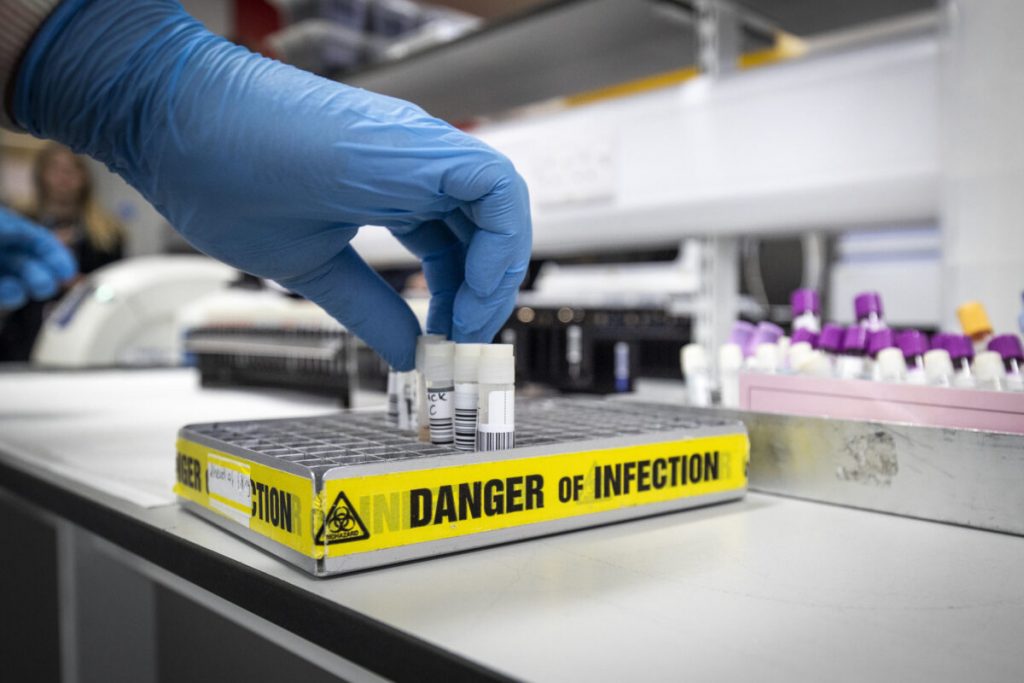 A retired US Army Colonel is among a growing list of prominent figures to lend weight to the theory that the Coronavirus now ravaging the globe leaked from a Chinese bio-lab in Wuhan in late November.

Lawrence Sellin Ph.D. is a retired colonel with 29 years of service in the U.S. Army Reserve, who previously worked at the U.S. Army Medical Research Institute of Infectious Diseases.

In a recent op ed, he writes that while “there appears to be a politically-motivated campaign to demonstrate that CoVid-19 occurred naturally as a species ‘jump’ from animals to humans originating in the Wuhan wet market…there is still little evidence that directly supports that contention.”

Instead, Sellin posits that the origin of the virus is more likely to be a lab leak, arguing that “the technology to create a coronavirus chimera has been demonstrated,” and “deadly viruses have previously ‘leaked’ out of Chinese virology labs in two separate incidents.”

“Given the illness, death and economic destruction caused by CoVid-19, it is the responsibility of the Chinese government to fully open its research files and databases to international inspection, including information about the hundreds of coronavirus isolates, in order to ascertain the true origin of the Chinese CoVid-19 coronavirus.” Sellin urges.

There are already indications within the scientific literature and growing suspicions elsewhere that CoVid-19, the pandemic coronavirus, originated in a Chinese laboratory. Article by Lawrence Sellin https://bit.ly/3bVbpKU

US Army Colonel (Ret.): “Yes, The COVID-19 Pandemic Could Have Originated In A Chinese Lab…”

98 people are talking about this

Sellin, a veteran of Afghanistan and Iraq, and a regular contributor to the Military Times, has been vocal on social media regarding the lab leak theory, pointing to others, including government officials, who are not dismissing the notion:

British politicians fear that the coronavirus pandemic was caused by a leak from a Chinese laboratory. Yet unverified local reports say laboratory workers became infected after exposed to blood and then carried the infection into the local population. http://dailym.ai/2JIlGhl

Did coronavirus leak from a research lab in Wuhan?

British politicians fear that the coronavirus pandemic might have been caused by a leak from a Chinese laboratory. The idea is ‘no longer being discounted,’ according to sources in the British…

131 people are talking about this

Time and additional evidence will show that coronavirus “leaked” from a Chinese laboratory. https://bit.ly/2wg58u8

The Trail Leading Back to the Wuhan Labs

There’s no proof the coronavirus originated in a laboratory, but we can’t take the Chinese government’s denials at face value.

202 people are talking about this

As I have been saying – A molecular biologist and coronavirus expert said in no uncertain terms that the novel coronavirus could have been unleashed due to a leak from the Wuhan Institute of Virology. https://bit.ly/2V1Zzrk

China’s top virologist on bat-borne viruses said she lost sleep over the possibility that the novel coronavirus could have leaked from her lab in Wuhan.

177 people are talking about this

Sellin, author of Restoring the Republic: Arguments for a Second American Revolution, has also demanded China be held accountable for its lies regarding the severity and spread of the virus:

Here is a timeline of China’s cover-up of the emerging pandemic. China should be held responsible for its lies.https://bit.ly/39GS3Yg

And the irreparable damage they have caused around the globe.

304 people are talking about this

Last week, molecular biologist Richard H. Ebright of Rutgers University, said that he believes it is a distinct possibility that the Chinese coronavirus could have originated and leaked from the Wuhan Institute of Virology.

Let me debunk the debunkers. @paulina_milla and her “experts” wrongly jump straight to the claim that the coronavirus is an engineered bioweapon. That’s not what I’ve said. There’s at least four hypotheses about the origin of the virus: https://twitter.com/washingtonpost/status/1229187459742867465 …

Sen. Tom Cotton fans the embers of a coronavirus conspiracy theory that has been repeatedly debunked by experts https://wapo.st/39Ja1d1

That was scenario discussed in your Fox interview

30 people are talking about this

To clarify, Professor Ebright categorically does not believe that the virus is an engineered bioweapon, due to the scientific evidence showing otherwise. However, the notion that the strain of coronavirus that has spread around the world, and since mutated, came from the Wuhan lab is a real possibility in Ebright’s opinion.