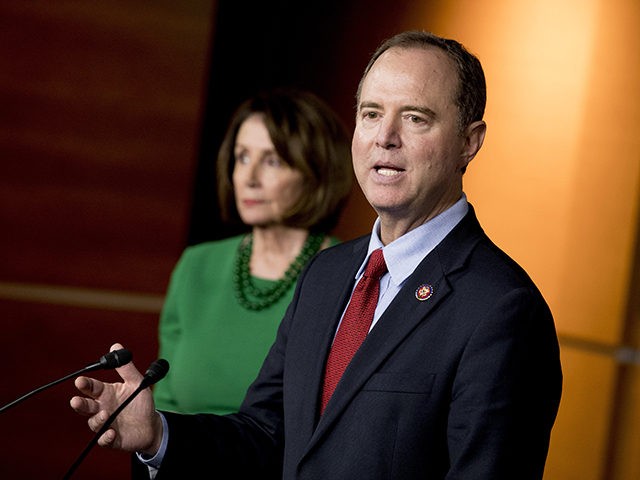 Rep. Adam Schiff (D-CA) said Monday he will introduce a bill to create a “nonpartisan commission” to study “our mistakes” on coronavirus — which spread while Schiff was leading the effort to impeach and remove the president.

As Breitbart News has noted, Democrats handed over the articles of impeachment against President Donald Trump on the very day the first coronavirus victim landed in the U.S. from China. Congress spent the next 20 days on the impeachment trial, led by Schiff as head impeachment manager and chair of the House Intelligence Committee. It was not until Trump was acquitted Feb. 5 that a House Foreign Affairs subcommittee held a hearing on coronavirus.

After Pearl Harbor and 9/11, we looked at what went wrong to learn from our mistakes.

Once we’ve recovered, we need a nonpartisan commission to review our response and how we can better prepare for the next pandemic.

Opinion | The U.S. needs to know what went wrong

After the pandemic subsides, the U.S. must learn from its mistakes.

10.3K people are talking about this

Throughout the 20 days of the impeachment trial, while Schiff and his team were preoccupied with trying to remove the president from office, Trump took several actions aimed at fighting the coronavirus.

Trump imposed his travel ban on China Jan. 31 — the day the Senate voted on witnesses in the impeachement trial.

Sen. Tom Cotton (R-AR), one of the only legislators to raise the alarm on coronavirus, told the Arkansas Gazette in January that he was breaking the rules and skipping to trial to work with the administration on the coronavirus issue.

Schiff, as chair of the House Intelligence Committee, receives briefings on threats facing the United States.

His proposed new bill would create a “9/11 Commission”-style inquiry into how the U.S. dealt with coronavirus.

Schiff broke the news of his bill with David Ignatius of the Washington Post — the same columnist who broke the news in January 2017 that incoming National Security Advisor Michael Flynn had spoken with then-Russian ambassador Sergey Kislyak. Flynn had been “unmasked” in transcripts of wiretapped telephone conversations.

Much of Ignatius’s article on Schiff’s bill focuses on Ambassador Richard Grenell, whom Ignatius accuses — citing “[c]areer officials” — of “trying to shape intelligence that might challenge or embarrass Trump” on coronavirus. Grenell, who served as U.S. ambassador to Germany, was recently named acting Director of National Intelligence.

Joel B. Pollak is Senior Editor-at-Large at Breitbart News and the host of Breitbart News Sunday on Sirius XM Patriot on Sunday evenings from 7 p.m. to 10 p.m. ET (4 p.m. to 7 p.m. PT). He earned an A.B. in Social Studies and Environmental Science and Public Policy from Harvard College, and a J.D. from Harvard Law School. He is a winner of the 2018 Robert Novak Journalism Alumni Fellowship. He is also the co-author of How Trump Won: The Inside Story of a Revolution, which is available from Regnery. Follow him on Twitter at @joelpollak.