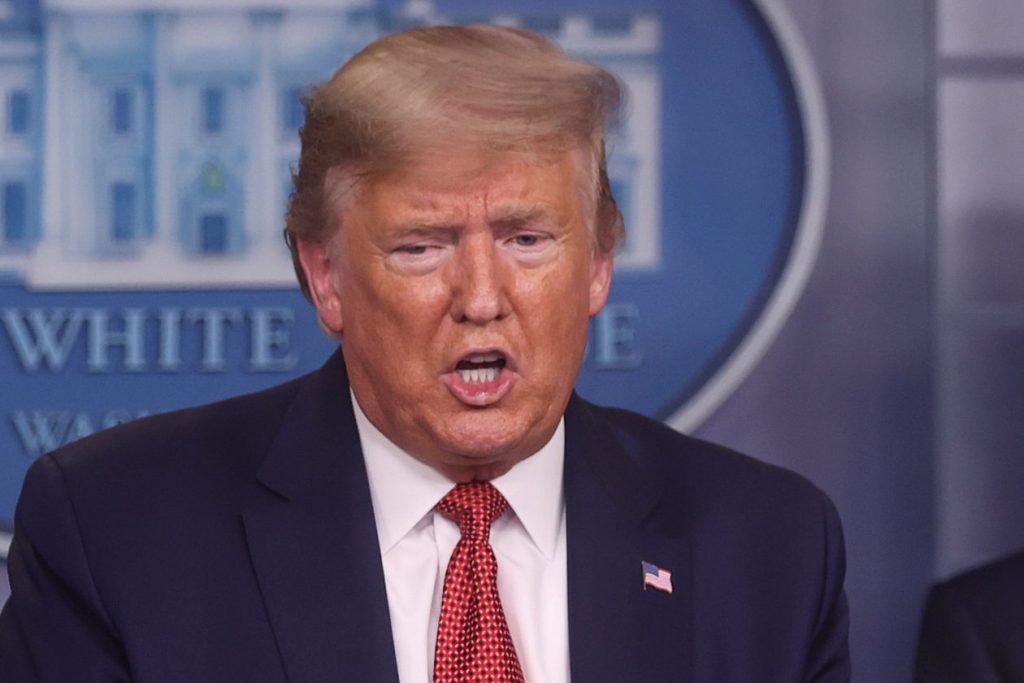 The Trump administration is planning to issue guidelines categorizing counties across the nation as high-risk, medium-risk or low-risk to help state and local authorities decide whether to bolster or relax social distancing measures intended to combat the novel coronavirus.

In a letter to governors on Thursday, President Trump said the administration’s growing testing capabilities would enable it to publish, in consultation with public-health officials and scientists, criteria for classifying counties by risk, in the hopes that some parts of the country may be able to return to work sooner than others.

“This new information will drive the next phase in our war against this invisible enemy,” he wrote. “As we enhance protections against the virus, Americans across the country are hoping the day will soon arrive when they can resume their normal economic, social and religious lives.”

The letter to governors, which the White House published after Mr. Trump spoke with governors on a teleconference Thursday afternoon, comes as the president has expressed an increasing interest in reopening the economy in the coming weeks.

In a briefing later Thursday, Mr. Trump said he intended to start the process of relaxing social-distancing guidelines “pretty soon” and said the administration might tailor guidelines to specific parts of the country.

“Our people want to go back to work. I’m hearing it loud and clear from everybody,” he said. “They don’t want to sit around and wait.”

Ambassador Deborah Birx, special representative for global health, said the administration wants to use a “laser-focused approach” to its social-distancing guidelines but said it needs “very clear data” at the state and county level to be able to do so. She declined to give a timeline for when she expected to have that level of data. Vice President Mike Pence, moments later, said advisers planned to present data to the president this weekend, but didn’t offer specifics.

Earlier this week, the president said he hoped to have the economy “just raring to go” by Easter, which falls on April 12, just under a month after the administration first issued its social-distancing guidelines. Public-health experts, including some in the president’s own administration, say it will take far longer—possibly months—before it is safe for the nation to return to work.

On Wednesday, Mr. Trump said in a briefing that “large sections” of the country could return to work far sooner than others, though he pledged not to do anything “rash.” The president is also limited in his authority to reopen the country, as the most severe restrictions on businesses have come from governors, not the federal government.

One major hurdle for the administration as it seeks to relax social-distancing guidelines in certain parts of the country: its ability to conduct enough testing to track the virus’s path. After initial delays, the U.S. has seen a sharp uptick in the level of testing in recent days, but its per capita rate of testing still falls far behind other countries that have been successful at clamping down on the virus’s spread, according to publicly available data.

The U.S. has so far conducted more than 400,000 tests in a population of more than 320 million, according to administration officials. To categorize every county’s risk level, the country would need to ramp up testing on a much greater scale. There are 3,141 U.S. counties and county equivalents, according to the Interior Department’s U.S. Geological Survey.

The pandemic also has struck U.S. counties unevenly. New York County, which comprises the New York borough of Manhattan, has more than 21,000 confirmed cases, more than a quarter of the national total, while many counties have no cases at all.

On Wednesday, the president said he doesn’t see the value in testing broad swaths of the population.