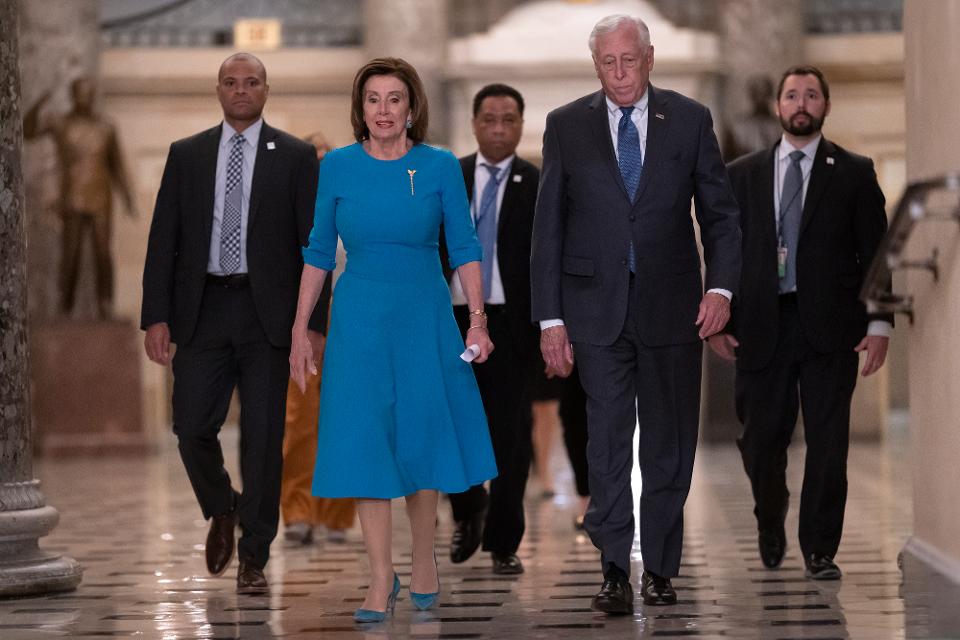 Not one U.S. Senator voted against the legislation: 96-0. Twice during the first hour of Senate debate, two “final” versions were distributed. No one had time to read the final language.

Our organization at OpenTheBooks.com posted an official summary of the legislation’s supplemental $340 billion surge to emergency funding here.

Two days ago, in the ramp up to negotiations, House Democrats and Speaker Nancy Pelosi introduced the “Take Responsibility For Workers and Family’s Act” (H.R.6379) – a $2.5 trillion, 1,404 page coronavirus response.

Your COVID-19 Care Package From USOW

What Will You Tell Your Grandchildren About Your Reaction To COVID-19?

Work Rebooted: Preparing For The Future Of Work

Our auditors dug deeply into McConnell’s Senate bill and compared it to Pelosi’s House bill. While half the nation was “sheltered in place,” here’s what lawmakers — in both parties — considered “essential spending” for coronavirus recovery:

People of good will can debate each of these goals, but is it truly emergency spending? For example, what is the public purpose for the Smithsonian Institute receiving an additional $7.5 million in this time of crisis? Both bills provided these funds.

While governors begged for vital medical supplies, the spending packages each contained massive increases even in obscure, small agencies.

An earmarked $1.1 billion in the Pelosi bill would have more than doubled the budgets of The Institute of Museum and Library Services and the National Endowment of the Arts and the Humanities. The Senate bill provided funding of $200 million.

Many projects included in the Pelosi bill were stripped in the Senate bill: a $25 billion bailout of the Post Office; requiring federal agencies to use minority banks; and expanded collective bargaining rights for federal employees.

However, even the Senate bill significantly strengthened private-sector unionizing. If a business takes a coronavirus stabilization loan, then they must “remain neutral in any union organizing effort for the term of the loan.”

A quick spotlight on agencies receiving coronavirus recovery in the Senate bill includes: