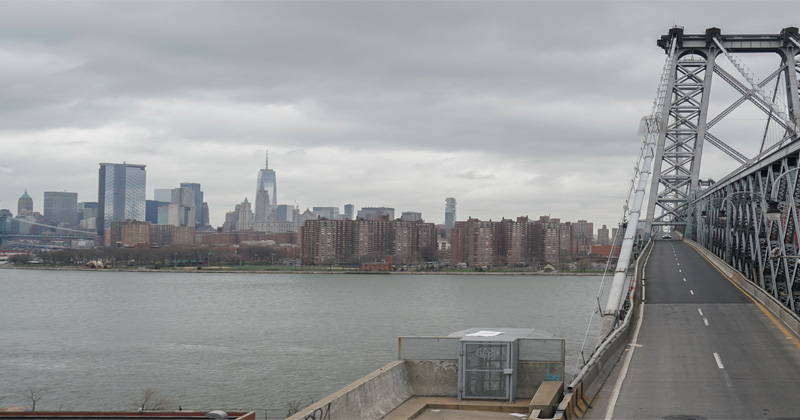 The effects of COVID-19 are not evenly distributed in the United States. Only certain regions are facing sizable strains on their resources

Ryan McMaken | Mises.orgAs of March 24, nearly 30 percent of all the COVID-19 deaths in the United States have occurred in New York state.

Of the 910 deaths reported so far in the US, 271 happened in New York. Washington State was in second place, with 13 percent of the nation’s COVID-19 deaths. California comes next with 5.6 percent of all deaths, followed by New Jersey, with 4.8 percent.

In fact, more than fifty percent of all COVID-19 deaths in the US have come from just these four states.

If we were to remove New York, New Jersey, California, and Washington State from the United States altogether, the US’s death rate from Covid-19 would fall by 40 percent, and total cases would fall by 53 percent.

As with so many statistics, a nationwide statistic for COVID-19 deaths in the US is misleading. As with poverty, life expectancy, and crime, COVID-19 is not evenly distributed throughout the country, and many areas of the country have only been lightly affected so far. As of March 24, 14 states have not reported a single death from COVID-19. Although there is reason to expect some states will yet face sizable increases in cases and deaths, we can’t assume this will happen everywhere.

Unlike deaths, which are fairly closely monitored for the presence of COVID-19, total cases are mostly unknown. More serious cases tend to get tested while mild cases remain unobserved. Thus, it is possible low case totals are a result of less testing. Yet, we do find the situation with cases is similar to what we’ve seen with deaths. Less than half of all known cases are in the states outside of these New York, New Jersey, California, and Washington. It is plausible that many states reporting few to no deaths really do have few cases and even fewer serious cases.  Moreover, as we have seen internationally, states are likely to differ in death rates due to a variety of factors other than the total number of cases. That is, COVID-19 death rates are not simply a function of total cases.

It is likely that certain regions on the US continue to be the “hot spots” for the US in terms of the strain on medical resources, while some regions of the US remain far less affected. Nearly all states are likely to face challenges with the spread of the virus, but the fact remains in many states the strain on the medical infrastructure is nothing like we’ve seen in places like New York and Washington State. In New York, for example, we hear stories of how “morgues are full,” and the Pentagon says it plans to set up field hospitals in both New York and Washington State.

Why Lock Down the Entire Nation?

This raises the question of whether it makes sense to lock down the entire country when only certain regions of the nation are heavily impacted at this time. This doesn’t mean, of course, that the rest of the nation should abandon precautions. Persons in all states should continue to adopt precautions, to protect the most at-risk populations, to wear masks, to engage in social distancing when possible, and more.

But given the very real costs of a continued economic shutdown in terms of human lives and increased poverty, it only makes sense that most of the nation take steps to closely observe their available medical resources and engage in precautionary behavior while nonetheless allowing workers to work. At the same time, to limit the spread of infection from the “hot spots,” it would be prudent for less affected states to limit in-migration from areas that are more affected. So far, we have only seen this done on only a very limited basis. In Florida, for example, Governor Ron DeSantis has already imposed quarantine restrictions on travelers from New York, New Jersey, and Connecticut .

It may be that more strict standards would be more helpful in physically separating New York from its neighbors.

Some Australian States Shut their Borders

The few tepid efforts made in this regard in the US can be compared with what has been done in Australia, where the states of South Australia, Western Australia, and Queensland have all closed their borders to travelers from the rest of the nation.

From Wednesday night on, anyone entering Queensland from the air or by road will be forced to isolate themselves for 14 days, except freight carriers and essential services.

Last week, the island state of Tasmania closed itself off from from the Australian mainland and imposed a two-week quarantine for new arrivals. Note that these are actions taken by the state governments in Australia, and not by the Australian national government.

In the United States, efforts such as those of DeSantis may be on legal shaky ground. Rarely have state governments even attempted to unilaterally close their borders in this manner. One such case was a Colorado governor’s ten-day closure of the state’s border with New Mexico in 1936 . The governor sent the national guard to close the border to keep out unemployed migrant workers. After ten days, the governor reversed his decision thanks to political pressure from within Colorado and New Mexico. No federal court ever ruled on the matter.

US federal courts since the late nineteenth century, however, have claimed border controls are a federal matter only. But, it may be that under present conditions, the courts may find an exception.

I mention all this, of course, not as an ideal policy. Naturally, open borders between states are good for commerce and for freedom in general. The ability to travel freely between political jurisdictions is a basic human right.

But if we are searching the politically palatable changes to the current draconian nationwide government-forced shutdown, substituting state-by-state border control for national impoverishment is a step in the right direction. Moreover this is far more pragmatic. Allowing some areas of the nation to function more freely is important in preserving some level of economic productivity while much of the rest of the nation’s economic capabilities have been destroyed by state action. The supply shock that has resulted from an excessively widespread lockdown would be lessened.

As it is, the fact national politicians view the United States as one single unified political jurisdiction leads to a uniformly damaging policy. It means the entire nation is essentially held hostage by the few regions with a large number of serious COVID-19 cases.  At the moment, free movement of persons from state to state — and thus the free spread of the COVID-19 virus — is accepted as a given by policymakers. It is then assumed all states must assume similar policies, and the worst-affected states end up driving policy for everyone else. This reasoning, however, makes far less sense when the most impacted regions can be limited in their access to the rest of the nation.

Note also that it is important these measures be taken only by individual states acting unilaterally. Allowing the central government the prerogative to shut down travel from state to state would be an extremely dangerous move reminiscent of the Lincoln’s wartime measures during the Civil War.  Border-control-focused policy is only an improvement if it leads to greater local control and relaxation of current pandemic measures. Any expansion of national prerogatives and national policy ought to be rejected outright.

END_OF_DOCUMENT_TOKEN_TO_BE_REPLACED 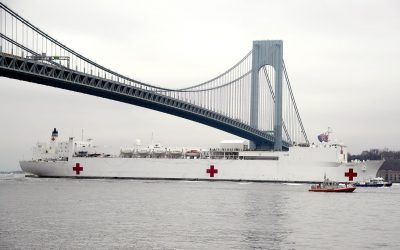