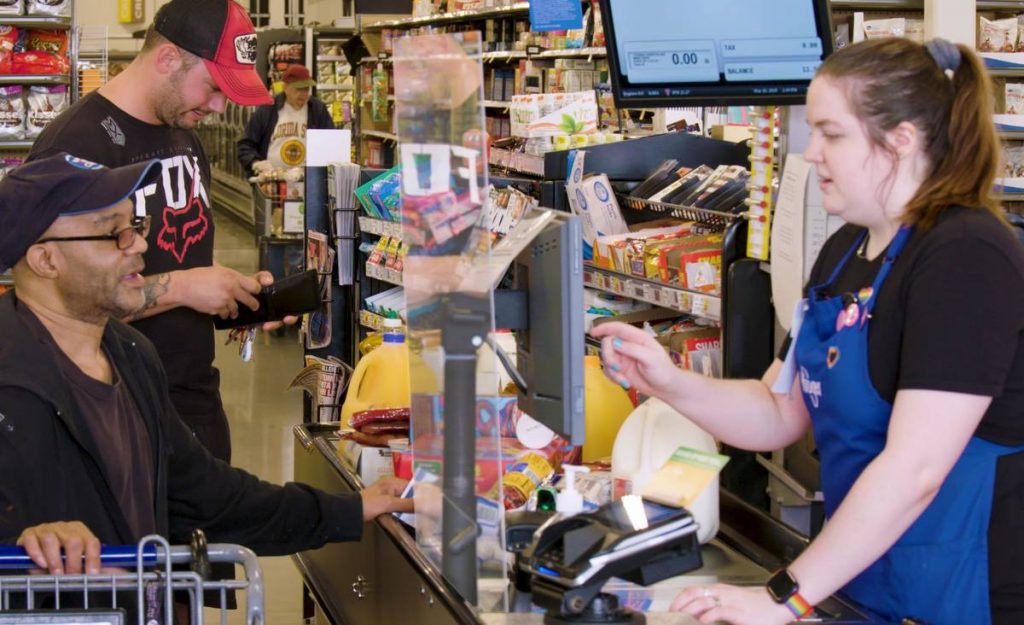 If something’s coming between you and the cashier the next time you’re buying groceries, be grateful. Some supermarket chains with stores in Southern Nevada have announced that they’re erecting protective panels between cashiers and customers in their stores.

Smith’s Food & Drug said it’s installing plexiglass barriers at all of its checkout lanes, pharmacy counters and Starbucks registers, with completion expected by the end of next week.

The partitions, the company said, are an effort to promote social distancing during the coronavirus crisis. Smith’s also is applying floor decals at checkout lanes and other counters, also with the aim of encouraging social distancing, which medical authorities have said is essential to slowing the spread of the disease.

Smith’s also has given employees the option of wearing masks and gloves, and is appealing to the authorities to help them get personal protective equipment, noting that they’re front-line workers.

“There is a national shortage of personal protective equipment and we fully support America’s health care workers having first priority to obtain the equipment they need,” company officials said in a statement. “Smith’s is advocating to government officials at all levels for help securing a priority place in line for all grocery workers— after health care workers — to have access to protective masks and gloves.”

Albertsons, which also is the parent company of Vons, said it’s installing plexiglass in checkout lanes in more than 2,200 stores over the next two weeks. The company also said it has placed posters in its stores and marked off spacing on the floors to remind customers to practice social distancing and remain six feet — “essentially two shopping carts” — apart.

A spokeswoman for Whole Foods Market said it’s rolling out the panels, which it calls “sneeze guards,” at all locations.

END_OF_DOCUMENT_TOKEN_TO_BE_REPLACED

U.S. officials want to build hundreds of temporary hospitals across the country to cope with the thousands of new coronavirus cases being diagnosed daily after …