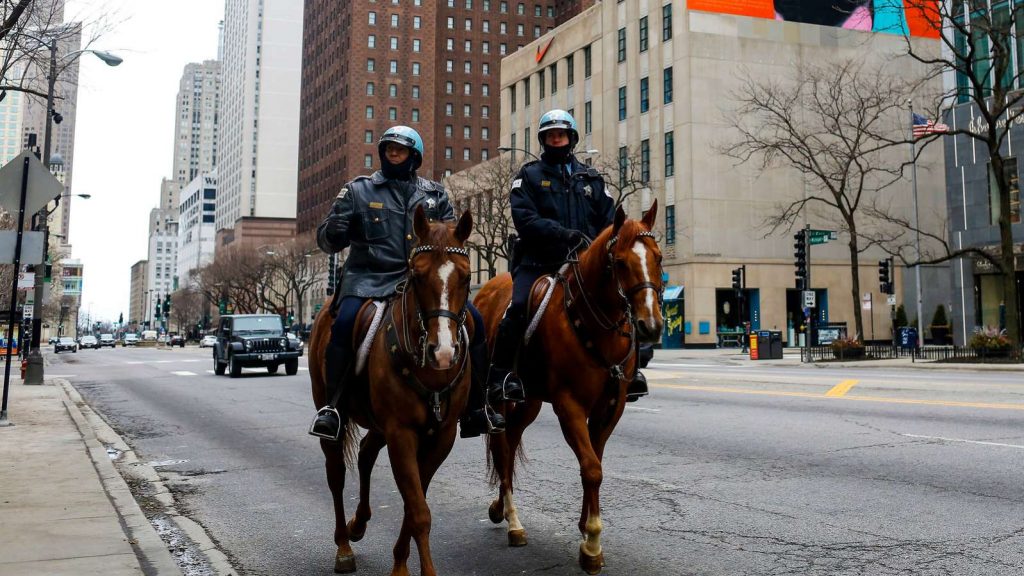 If you have a fender bender in Nashville these days, chances are you’ll be filing your report by phone. In Philadelphia, the police are trying not to take drug dealers to jail. In Hilton Head, S.C., the authorities have seemed particularly focused on one offense: gathering and drinking on the beach.

But even that transgression was unlikely to lead to an arrest. Across the country, violators of new rules that require staying at home and keeping your distance from others are most likely to get off with a warning.

Police departments are treading softly as they navigate the twin demands of the coronavirus pandemic: how and when to enforce the new safety regulations, and how to do their regular work in the midst of a national health emergency.

“This is a very, very stressful time, and we will approach our job with compassion,” said Maj. Bob Bromage of the Beaufort County Sheriff’s Office in South Carolina, where Hilton Head beaches were closed to prevent large congregations of spring break revelers.

Several police departments in areas under restriction orders, including in the San Francisco Bay Area, have taken an “education over enforcement” approach, preferring to warn people rather than to arrest them.

“If we see large groups, we’ll go and talk to them, educate them about it and try and get compliance,” Chief Terence Monahan of the New York Police Department told the local news station NY1 before New York State’s stay-at-home order went into effect on Sunday night.

Much of the coronavirus action has been focused on businesses rather than on people. Police officers in New York City have visited thousands of bars and restaurants with little incident.

In San Jose, Calif., the police plan to step up enforcement this week, particularly for businesses that have already been warned but have failed to close.

“We’re not going to stay ‘educational’ for long if people aren’t paying attention to this,” Chief Eddie Garcia said in a news conference on Friday, adding that criminal citations could be issued.

There were glimpses of how much could be at stake.

A month before the coronavirus outbreak led to orders that tens of millions of Americans largely stay at home, white supremacists had urged each other to spread the virus by filling spray bottles with saliva, spitting on elevator buttons and other ways, intelligence officials said.

The bioterrorism plot was detailed in an unclassified intelligence briefing in late February by the Federal Protective Service, which is part of the Department of Homeland Security. Hate group members used the instant messaging application Telegram to urge each other to weaponize the virus and target law enforcement officers and “nonwhite” communities.

There was no evidence members of hate groups took any of those actions.

But Jonathan Greenblatt, the chief executive of the Anti-Defamation League, said in an interview Sunday that it’s not surprising that hate groups have been trying to seize on the anxiety and confusion over the coronavirus outbreak.

“I think we’re all in the fog of war trying to understand what the coronavirus will mean for our families, our firms and our society as a whole,” Mr. Greenblatt said.

And sometimes, the virus and traditional police work intersect.

On March 6, police in Portland, received a report of the theft of 20 to 25 cases of N95 respirator masks, each case containing 400 masks. The next day, the theft victim discovered someone selling what seemed to be the same masks on Craigslist. A 22-year-old man was arrested on theft charges, eventually 13 boxes of the masks were recovered, and the theft victim donated all the masks to local hospitals for dealing with the coronavirus, police said.

Still, across the country there have been few arrests so far related to the coronavirus. That was in stark contrast to the stringent approach of police forces abroad.

In Jordan, 400 people were arrested after violating a nationwide curfew introduced on Saturday. A 26-year-old man was arrested on the Isle of Man, in the Irish Sea, after “failing to self-isolate.” He faces a possible fine of up to 10,000 pounds (about $11,500) and prison. As of Friday, more than 31,000 people in Spain had been reported for not abiding by stay-at-home rules, according to the country’s Interior Minister, Fernando Grande Marlaska.

In the United States, where many police departments have struggled to build trust after decades of aggressive and often discriminatory tactics like “stop and frisk,” departments in cities like Chicago have cautioned officers not to use stay-at-home orders as a pretext to stop residents.

In San Jose, a memo went out saying the orders could not be used for vehicle or pedestrian stops. “We’re going to be the ones holding the bag in terms of rebuilding community trust, if we’re not mindful of exercising discretion with these orders,” Chief Garcia said in a phone interview.

The orders include many exceptions and legitimate reasons that people can be outside, which include grocery shopping, exercising and walking the dog. Although violating public health directives carries a penalty in many places, officials have yet to put in place strict laws around self-isolation.

Not all behavior gets a pass.

On Wednesday, a man in North Carolina was arrested after claiming to have the coronavirus while live-streaming on Facebook inside a Walmart. The police charged him with felony perpetrating a hoax in a public building and disorderly conduct. A week earlier, authorities in East Texas arrested a man on a misdemeanor charge after he falsely claimed he had tested positive for the virus.

National Guard troops have been activated in all 50 states and several U.S. territories to help deal with the outbreak, but generally not for law enforcement duties. Rather, they are assisting with logistics — distributing supplies, setting up and operating testing sites, cleaning and securing public buildings — and other urgent work.

Some police departments warned that they will start enforcing rules against large gatherings, and pleaded with the public to heed such bans because they put the officers who respond at risk along with everyone else.

They have also closed police substations, service windows and lobbies, and cut down on the number of calls to which they respond.

“Departments are triaging crime,” said Chuck Wexler, the executive director of the Police Executive Research Forum, who is in regular contact with police officials nationwide. “The general guideline is to avoid arresting someone unless it’s absolutely necessary.”

The point is to reduce the number of people confined in jails, which have become public health hazards, and to minimize officer contact with the public. Boston, Denver, Los Angeles and Miami all are showing a reduction in arrests, Mr. Wexler said.

Part of the reason is likely a drop in calls for help, which several departments have reported. In North Carolina, the Asheboro Police Department has seen a 40 percent decrease in calls, according to Chief Mark Lineberry.

And police departments are dealing with their own growing health issues. The New York Police Department said on Sunday it had 98 confirmed cases of the virus: 70 uniformed officers and 28 civilian employees. Three are hospitalized. Officers have been calling out sick at nearly twice the normal rate since about March 17, officials said.

In Bellevue, Wash., dispatchers are screening callers to see if they have symptoms or may have been exposed to the virus. If the answer is yes, officers ask to meet them outside and may be wearing gowns, gloves and masks, Chief Steve Mylett said.

But those supplies are running out. “We’re probably good for another week or two, then we’re going to be out,” he said.