Grassley, Johnson: We Would Be Investigating Bidens, Ukraine Even if He Were Not a Candidate 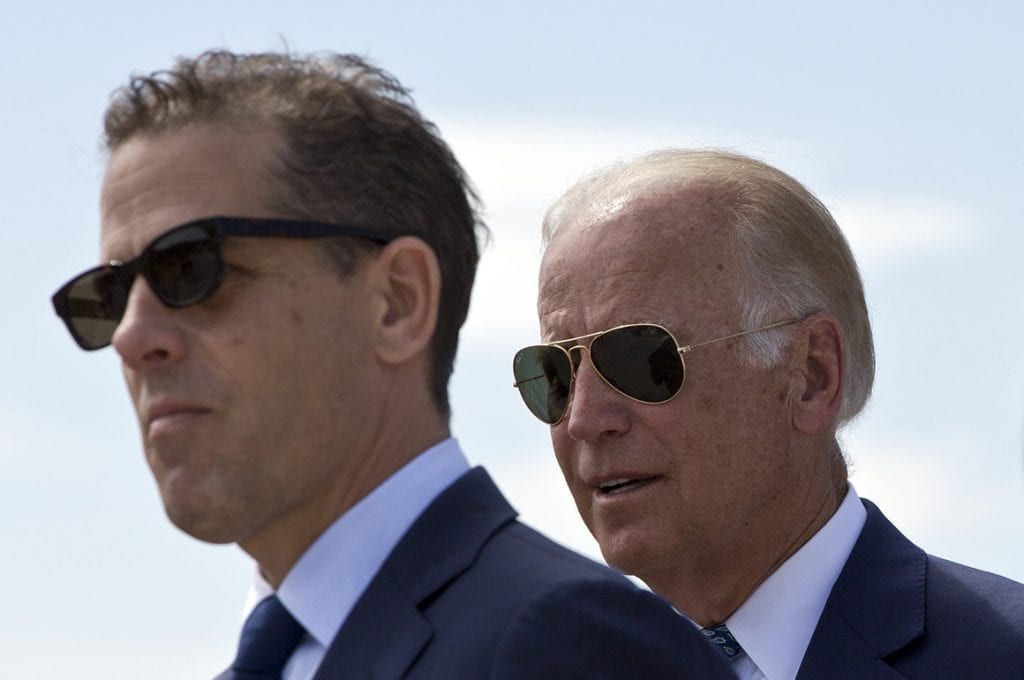 Asked if he would continue with the probe if Biden dropped out of the race, Grassley responded that he and other Republicans were asking “questions” before Joe entered the race in April 2019, the Hill reported Thursday.

“This started before … Biden was a candidate. We didn’t send the letters, but in regard to a lot of this stuff we were raising these questions,” Grassley said.

“My efforts are not targeted toward Joe and Hunter Biden,” Johnson told the Hill.

“They’re obviously part of it. But this is potential DNC [Democratic National Committee], but this is also FBI and FISA [ Foreign Intelligence Surveillance Act] abuse,” Johnson replied when asked if he would still be investigating if Joe was not running for president.

Even as Joe’s campaign stumbles, lawmakers from his party claim the goal of the Bidens-Ukraine investigation is to hurt Joe’s presidential prospects.

“I’m not surprised. How many investigations of Hillary Clinton did they initiate when she was a would-be candidate for president? It’s what they do,” Sen. Dick Durbin from Illinois, the number two Senate Democrat said, according to the Hill.

“I like Chuck Grassley, but I don’t believe it,” Durbin added, referring to the GOP assertion that the presidential race has nothing to do with the Biden-Ukraine investigation.

The Democrats may not be able to argue against the Republicans’ investigation for much longer.

Joe is no longer the front-runner. His campaign is struggling after back-to-back losses in the first two states to vote in the Democratic primary — Iowa, where he finished in fourth-place, and New Hampshire, where he ended up in fifth place.

There are serious doubts whether the former vice president will be able to recover if he loses in the South Carolina primary on February 29.

Meanwhile, Grassley and Johnson are moving ahead with their “wide-ranging” probes linked to the Bidens and Ukraine, the Hill noted, adding:

With the months-long impeachment fight in the rearview mirror, Republicans are hoping to speed up their investigation, which has included document requests related to work done by former Vice President Joe Biden’s son Hunter Biden for Burisma, a Ukrainian energy company.

Hunter served on Burisma’s board of directors between 2014 and this year despite the conflict of interest and Burisma corruption concerns raised by individuals inside and outside the Obama administration, as well as some news outlets.

Joe, as Obama’s vice president, was in charge of U.S. policy towards Ukraine when Hunter took the job.

Last week, the U.S. Treasury Department handed over highly sensitive and closely held documents to Grassley and Johnson as part of their investigation.

The Republican senators are also seeking documents for their probe from the Departments of State, Treasury, and Justice, as well as the U.S. Secret Service, the FBI, the National Archives, and Blue Star Strategies, a lobbying firm employed by Burisma.

Sen. Lindsey Graham, the chairman of the Senate Judiciary Committee, has also pledged “oversight” related to the Bidens and Ukraine.