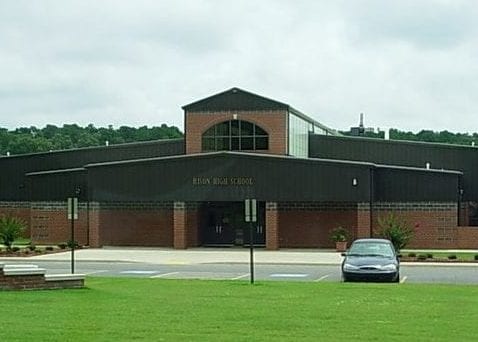 Dupuy made the announcement during the school board’s regular monthly meeting Monday night.

Previously, Dupuy said he was likely going to have to freeze some salaries as the district begins making some cost-cutting measures to accommodate the new minimum teacher salaries mandated by the state.

Based on projections the school district is expected to spend $336,124.82 more on teacher salaries each year by the time the new minimum salary increases are fully implemented by the 2022-23 school year. The state has pledged to offset those increases with more money, but even with that Cleveland County is projected to spend an additional $164,764.82 on salaries over the four-year transition.

Also in the Herald,

Simmons Construction of Warren was awarded a contract for; $550,355 to renovate the Woodlawn Gym lobby during the Woodlawn School Board’s regular monthly meeting Monday night.

Superintendent Dudley Hume said there were six bids submitted for the project, and Simmons Construction had the lowest bid after another contractor, A-Plus Builders of Sheridan, had to pull its bid due to a mistake.

He explained that A-Plus Builders had the lowest bid submitted at $468,000, but the company realized afterward that the bid did not include $90,000 from an electrical sub-contractor. With that included, Simmons had the low bid.

For more on these and other stories from around Cleveland County you are invited to visit the Herald’s online page at clevelandcountyherald.com