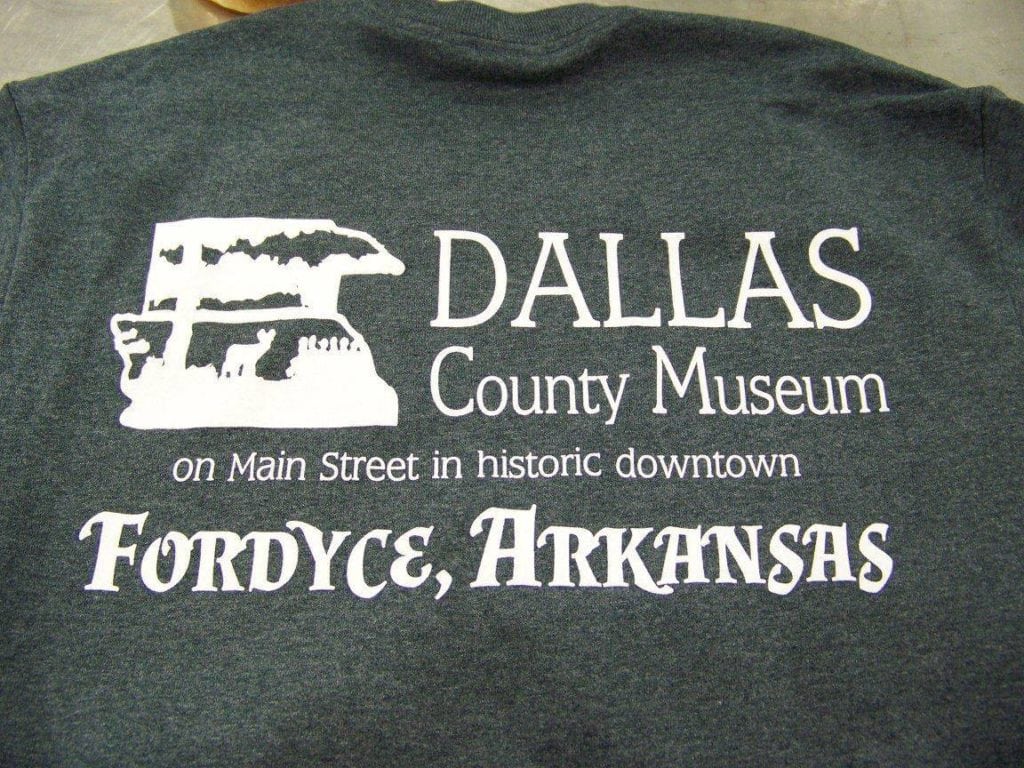 Angela Steelman’s English classes learned about war on the front lines and about those who served back home on trips to the Dallas County Museum February 10 and 11.

Her Fordyce High School (FHS) students have been studying World War II while they read the novels Code Talker by Joseph Bruchac and Number the Stars by Lois Lowry. 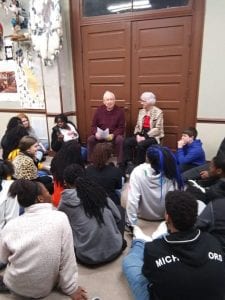 Dusty Lansdale and his wife Sybil talk to FHS students recounting his service during WWII.

FHS graduate Dusty Lansdale is a veteran of World War II. He spoke to the group about his service with the United States Navy.

He was drafted at 18 and completed basic training and boot camp before going off to fight. Lansdale lived on the U.S.S. Maryland for about two years.

The vessel, he said, was 108 yards long. While in the service, Lansdale was awarded eight battle stars. On the vessel, he helped man a turret where they bombarded a breach for three days before allowing troops to touch down.

On board the U.S.S. Maryland, there were 2000 sailors and 200 officers. He recounted stories of Japanese suicide planes. He said the Japanese would hold funerals for their pilots before they took off. One of those planes landed between turrets one and two of the ship. He said it penetrated the third deck and killed 54 sailors.

After the war, Lansdale returned home and finished his service with the National Guard. He ended his military career with twenty years of service.

Sara Cathey, guest speaker and former teacher, shared her experiences as a young girl living in Fordyce during WWII. She recounted how her family rented one room above their carport to a family that worked for Shumaker which manufactured weapons.

At school, she said they would gather around the flag pole and participate in patriotic school assemblies. They would sing the song for each military branch. Cathey said she would go to the movies and watch the news reels about the soldiers that were killed or missing in action.

Cathey also talked about the Japanese internment camps. There were two in Arkansas, one in Rohwer and the other in Jerome. Nearly 16,000 Japanese Americans were held there during WWII.

Both Cathey and Lansdale emphasized the importance of service to country during their part of the presentation. 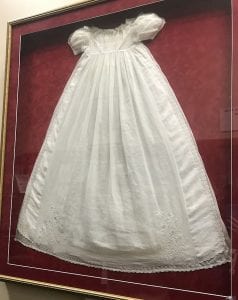 Guest speaker Agnes Phillips had five brothers who served during WWII. One of her brothers, Captain Thomas Wynne, was a B-17 pilot. He flew 33 missions over Germany.

Captain Wynne purchased Queen Mother Elizabeth’s baby dress from a British Red Cross Resale Shop in 1944. The dress became a Christening gown for the Wynne family in Fordyce until it was preserved. It is now on display at the Dallas County Museum.

About the field trip and presentations, Steelman said, “Students benefited greatly from the trip because they were able to listen to and ask questions of a World War II veteran.” She added, “The experience was awesome!”