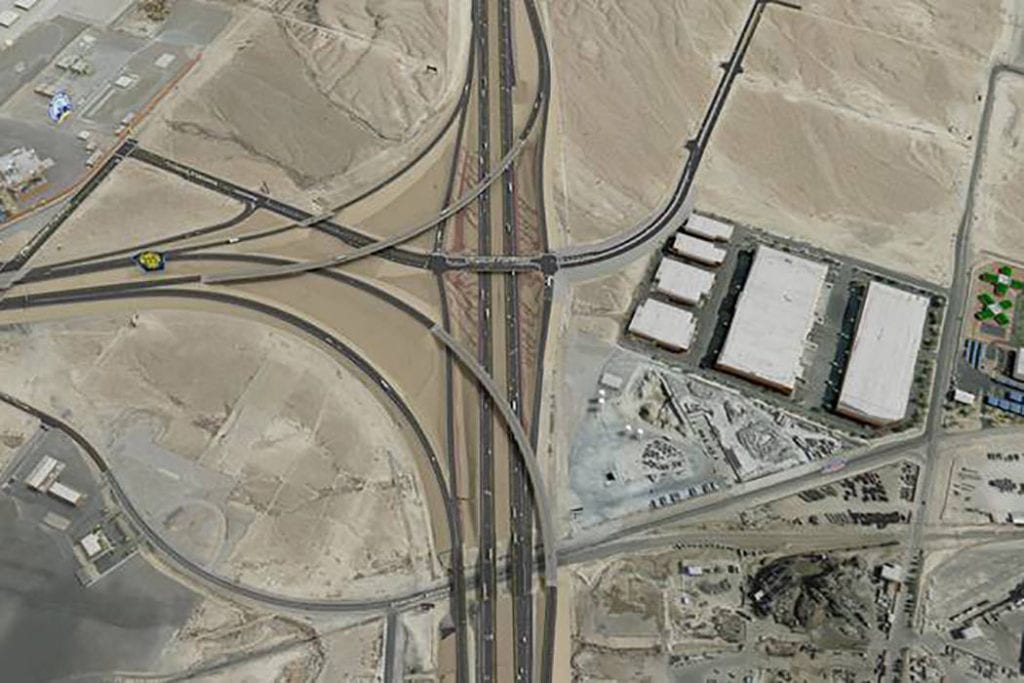 The Interstate 15-215 Beltway interchange project in North Las Vegas is set to go after the state awarded a nearly $100 million contract for the work.

The most notable feature of the project is a 51-foot-tall, 1,800-foot-long east-to-north connection ramp. The I-15 northbound to 215 westbound flyover will be longer than the Eiffel Tower on its side.

The structures sit atop a network of drilled pilings that reinforce the subsurface, with the largest measuring 10-feet in diameter and 104-feet in depth.

The improvements also include new I-15 southbound on- and -offramps at Tropical Parkway, and widening over a half-mile of the 215 Beltway from four to six travel lanes.

Other upgrades call for extending Tropical Parkway to Centennial Parkway, replacing Range Road as an east-west surface connection, with a new eastbound 215 Beltway offramp to the new Centennial and Range Road intersection.

New lighting, signage and landscaping, plus 7,815 feet of drainage pipe also are included in the project. The landscaping aesthetics, designed by Lage Design, will feature boulders and decorative rock, accented by colorful polygonal roadside sculptures that convey the characteristics of water and its impact upon shaping both the natural and built environments.