Poll: 47% of Young Democrats Prefer Other Countries over America 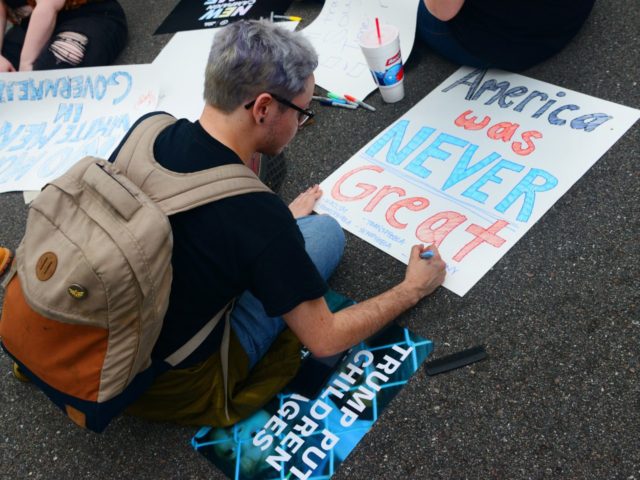 Slightly more than one third — 36 percent — of Americans 18 to 29 say that other countries are better than the United States, according to a recent poll released by Pew Research.

Among Democrats and Democratic-leaning independents under the age of 30, nearly half, 47 percent, say that there are other countries that are better than the U.S. Meanwhile, just 20 percent of Democrats age 50 and over agree with this sentiment.

“Democrats have become more likely to say there are other countries that are better than the U.S.,” says Pew Research. “In telephone surveys, the share of Democrats saying this is higher than at any point since the question was first asked by Pew Research Center in 2011, and there has been a corresponding decline in the share saying the U.S. stands above other nations.” This poll demonstrates the dramatic shift in the Democrat party’s base, and the potential schism between traditional Democrat voters and young and woke progressives.

The study also noted that young Americans are “more likely to say it would be acceptable if another country became as militarily powerful as the U.S.”

According to Pew Research, a majority of adults — 61 percent — say that the United States should maintain its status as a military superpower, but that more than half — 55 percent — of Democrats under the age of 30 admit that they would find it acceptable if other nations became as militarily powerful as the United States.

Among young Republicans and Republican-leaning independents, these numbers are significantly lower, as just 19 percent of adults under the age of 30 agree with their young Democrat counterparts with regards to the idea that other countries are superior to the United States.

Among Republicans ages 50 and older, only 4 percent share agree with this sentiment.

The report added that while a majority of Republicans say that the Untied States should try to maintain its status as a military superpower, 38 percent of Republicans under the age of 30 say that it would be acceptable if another country became as militarily powerful as the U.S.