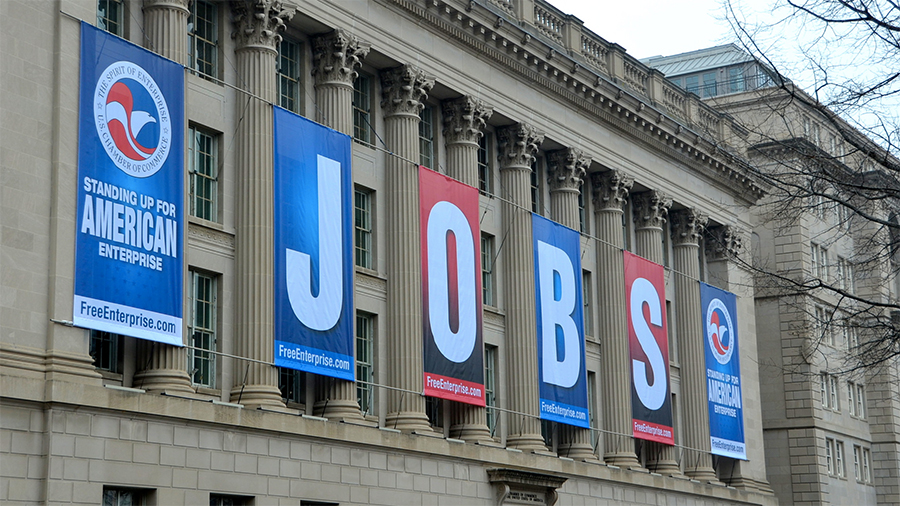 As President Trump’s pro-growth economic agenda continues to strengthen the private sector, the U.S. Chamber of Commerce is demanding the US import more foreign workers to the detriment of American workers and U.S. wages.

Since Trump took office in January 2017, the economy has gained nearly 7 million jobs in 33 months.

But U.S. Chamber of Commerce CEO Tom Donohue warns the roaring economic boom has resulted in a “crisis” of worker shortages.

“We’ve identified 10 states, where every individual who wants to work could find a job tomorrow — and still, more than a quarter of the jobs would remain unfilled,” Donohue said during the chamber’s annual presentation about its agenda on Thursday.

“This is just one reason we will be pushing hard for real immigration reform, so businesses can find the workers they need, when and where they need them.”The U.S. Chamber, the top spender on federal lobbying, is demanding the U.S. continue importing millions of foreign workers every year to fill jobs and will continue to press for immigration overhaul measures, regardless of the opposition from the Trump administration., Donohue said.

Donohue has routinely advocated for increasing legal immigration rates as a boon to corporations.

“The fundamental issue is that the United States of America is out of people,” Donohue told the Washington Post in April.

Officials of the Chamber of Commerce, which spends heavily on congressional races and routinely makes endorsements in those contests, vowed to court Democrats to support the group’s effort to protect “dreamers” from deportation and expand rates of legal immigration.

“The GOP’s drift toward protectionism, nativism, and isolationism since Donald Trump took over the party in 2016 is also at odds with the Chamber’s longtime support for expanding free trade, growing legal immigration and investing in infrastructure,” the Post noted.

However, the attest data from the Bureau of Labor Statistics show there is no labor shortage.

More than 11 million Americans are still out of work, out of the labor force, or underemployed and want full-time jobs.

The constant cry from corporate lobbyist @USChamber and “newsplainer” @voxdotcom is that America is “running out of workers.” If that were true there wouldn’t be people to come off the sidelines and take jobs.

Where are employers finding workers, with unemployment so low? From outside the labor force. Close to 3/4 of the newly employed are coming off the sidelines. 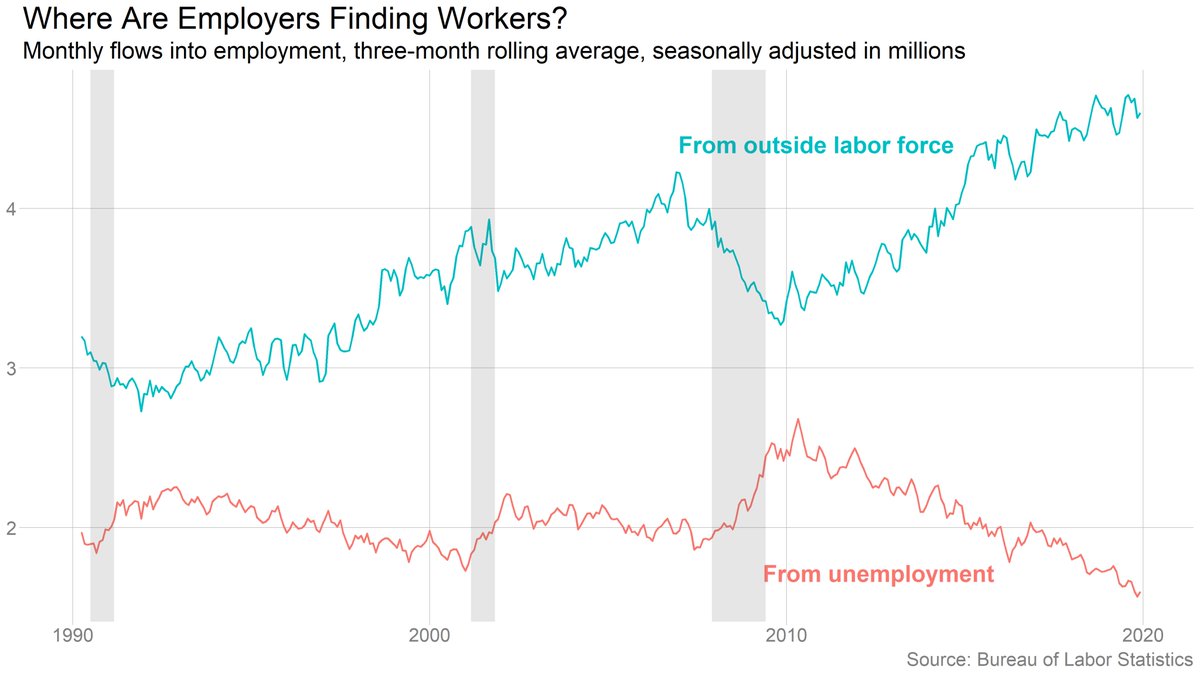 200 people are talking about this

The U.S. currently admits approximately 1.5 million low-skilled migrant workers into the country annually, resulting in the redistribution of approximately $500 billion in wealth away from white-collar and blue-collar Americans to newly arrived immigrants, according to the National Academies of Sciences, Engineering and Medicine.

Low-skilled American workers lose an average of $1,800 a year because of competition from low-skilled immigrants for their jobs, to the Center for Immigration Studies estimates.

While the US Chamber of Commerce is typically a GOP-leaning organization, the $136 million a year lobbying juggernaut in Washington is a liberal wolf in sheep’s clothing and does not represent the best interests of American entrepreneurs or American workers.

The chamber has been one of the primary forces in the country perpetuating massive illegal immigration since 2013 when it invested more than $52 million to protect border-jumpers from deportation and win them employment authorization documents.

In October 2019, the U.S. Chamber of Commerce joined Amazon.com Inc and Alphabet Inc’s Google in filing a brief at the U.S. Supreme Court opposing President Trump’s effort to rescind DACA, a program that shields “dreamers,” about 700,000 immigrants who were brought into the United States illegally as children, from deportation.

In the brief filed, the chamber argued Trump’s move would harm individual companies that employ DACA recipients and the U.S. economy.

The Supreme Court’s conservative majority appeared ready to side with the Trump administration’s efforts to shut down DACA in November, prompting the chamber to rail against the administration and the court.

“It is extremely disappointing that we’ve reached a point where Congress has left the future of hundreds of thousands of young people to a decision by the U.S. Supreme Court,” U.S. Chamber of Commerce Chief Policy Officer, Neil Bradley lamented.

“Stripping DACA recipients of their ability to legally live and work in the country will harm them, their employers, their families, and their communities.”

The chamber also opposes E-verify, the federal government’s system, to facilitate crooked businesses to ignore the law and give illegal border crossers jobs.

During much of the Bush and Obama administrations, the chamber lobbied Congress against a national E-Verify mandate that allows businesses to ensure that the employees they hire are legal and punish illegal aliens who use fake documents to obtain jobs.

In 2010, the unsuccessfully sued to stop Arizona’s employer sanctions law requiring E-Verify in 2010.

The Chamber of Commerce crowd are advocating for illegal and legal immigration to bring in as much cheap labor as humanly possible and fatten their wallets, but ordinary American workers are picking up the tab for it, warns conservative columnist Michelle Malkin.

“If you are a business owner who believes your country should strictly and consistently enforce its borders and deport illegal immigrants who violate the terms of their visas, the U.S. Chamber of Commerce doesn’t represent you,” Malkin notes.

“If you are a worker who believes the feds should punish illegal aliens who use fake documents to obtain jobs instead of rewarding them with ‘legal status,’ the U.S. Chamber of Commerce doesn’t champion you.”

“The chamber’s business is the big business of the Beltway, not the business of mainstream America,” continued the best selling author of Open Borders Inc. “Always beware of Washington business-boosters wearing false free-market facades.