Study: 1.2 Million Healthcare Jobs at Risk Under Medicare for All 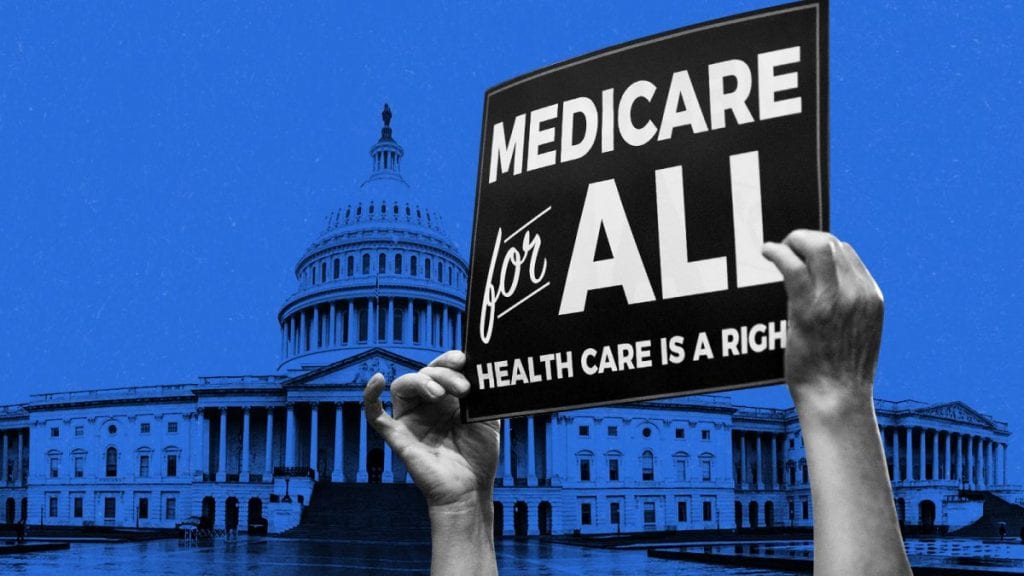 More than 1.2 million healthcare jobs are at risk under Medicare for All, according to a study released Monday.

FTI Consulting and the Partnership for America’s Health Care Future released a study that found the single-payer Medicare for All program “could have a significant negative impact on the adequacy of the country’s health care workforce, access to care, and, ultimately, patient outcomes.”

The study found that Medicare for All could have a devastating effect on Amerca’s healthcare workforce, which could reduce the number of physicians by 44,693 by 2050 relative to current projections.

The study found that primary care physicians could be particularly affected, as Medicare for All could reduce the number of those healthcare workers by 10,0286 within the next 30 years.

Medicare for All’s reduced Medicare reimbursement rates would also result in 90 percent of hospitals running consistent deficits, which would put hospitals at risk.

FTI Consulting and the Partnership predict that the nursing workforce will reach shortage levels by 2030; however, Medicare for All may reduce the number of nurses and other workers by 1.2 million by 2050.

Medicare for All would also reportedly decrease the number of U.S. physicians by 5.4 percent, which would particularly impact rural communities.

This new issue brief adds to the mounting evidence that Medicare for All would threaten Americans’ access to quality health care. Instead of forcing Americans into a one-size-fits-all government health insurance system controlled by politicians, our elected officials should instead focus on building on what’s working and fixing what isn’t.

Pollin said in November, “The savings don’t come out of the sky. … That means layoffs.  There’s just no way around it.”

Rep. Pramila Jayapal (D-WA), another architect of a House Medicare for All bill, said in May 2019 that one million private health insurance workers will get “displaced” under Medicare for All:

The impact of Medicare for All on America’s health care workforce would undermine the policy’s central objective: expanding access to care. With many areas of the country already on the brink of a crisis when it comes to provider shortages, policymakers must consider the impact of Medicare for All and related policies on the ability of these communities to attract and retain the next generation of health professionals.

It concluded, “The effects of reduced reimbursements under Medicare for All would directly impact not only health care workers and their patients, but the health of communities across the country as they contend with delayed access to care, decreased quality and widening health disparities.”

END_OF_DOCUMENT_TOKEN_TO_BE_REPLACED

The U.S. Supreme Court on Tuesday rejected a bid by the Democratic-controlled House of Representatives and 20 Democratic-led states to fast-track consideration of their appeal …

END_OF_DOCUMENT_TOKEN_TO_BE_REPLACED

Michael Avenatti is living in a jail cell that reportedly once housed convicted Mexican drug lord Joaquin “El Chapo” Guzman, making it impossible for the …