LONDON (Reuters) – Rod Ellingworth says his newly-unveiled Bahrain-McLaren team can help Mark Cavendish rediscover the speed that has made him one of the greatest sprinters in cycling history.

The 34-year-old Manxman Cavendish boasts 30 Tour de France stage wins but has not enjoyed a victory anywhere since February 2018 after battles with illness and crash-induced injuries.

Now, though, he has rejoined his old coach Ellingworth in a venture that has seen the iconic British motorsport brand McLaren take a 50 percent stake in the Bahrain cycling team.

Ellingworth left Team Sky to become team principal at Bahrain-Merida, which unveiled its bike and kit in a glitzy launch at McLaren’s futuristic production facility in Woking on Monday.

“I think there is a real speed element to what we want to do in terms of the project and there is the GC (general classification) project and Mark obviously fits very well in that speed project,” Ellingworth told reporters.

“It was something he was excited about doing and so were we. It was a no-brainer for us.”

Yet it’s the prospect of Cavendish powering his way towards Eddy Merckx’s record 34 Tour de France stage wins in the distinctive orange livery introduced by McLaren founder Bruce McLaren back in 1963 that fills Ellingworth with excitement.

“When Mark is in good condition, in good form and really motivated, he is one of the best in the world technically,” Ellingworth said. “It’s a challenge, but a good one to have.

“I presume he still has the ambition of beating the Merckx record — actually I know it’s there. He is such a winner, that’s his mentality.

“I even believe in the last two years he has still gone into races thinking he’s going to win and wondering why he hasn’t. For me it’s all about winning any race. Any race would be a marker and then we go from there.

“We would all love to see him at the Tour. From day one of the conversations with Mark, it’s all about you have got to go to the Tour and respect the race with the best team you can possibly put on the line and we don’t underestimate that at all.”

McLaren collaborated with Cavendish in the design of the bike that propelled him to the 2011 world road race title.

‘Cav’, who worked with Ellingworth at British Cycling, will also be reunited with his old Dimension Team sports director Roger Hammond.

“These people are good at what they do,” Cavendish told a news conference. “I’m fortunate I’ve worked with these guys and they are some of the hardest working and most brilliantly-minded people in cycling. I’m excited and full of confidence.”

While Cavendish will benefit from McLaren’s technological input, Ellingworth said the rider would have to raise his game.

“He is not particularly old, he is just more experienced. But you have to factor in that as you get older you potentially get a bit slower so you have to work at it more,” he said.

“We have given him a vision, a plan, and made him feel really accountable for every step.”

Cavendish is aware of what’s expected.

“There are very few people in the world where if I’ve upset them they make me cower,” he said. “He’s (Ellingworth) one of them.”

END_OF_DOCUMENT_TOKEN_TO_BE_REPLACED

Two U.S. senators joined a growing call on Wednesday for Americans to cover their mouths and noses when they venture outside, as health officials consider …

END_OF_DOCUMENT_TOKEN_TO_BE_REPLACED 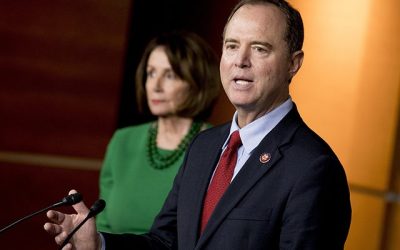 Rep. Adam Schiff (D-CA) said Monday he will introduce a bill to create a “nonpartisan commission” to study “our mistakes” on coronavirus — which spread …

END_OF_DOCUMENT_TOKEN_TO_BE_REPLACED 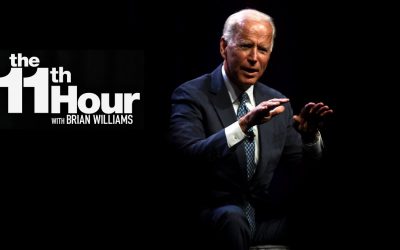 Biden: States Should Prepare for Remote Voting in 2020 Elections