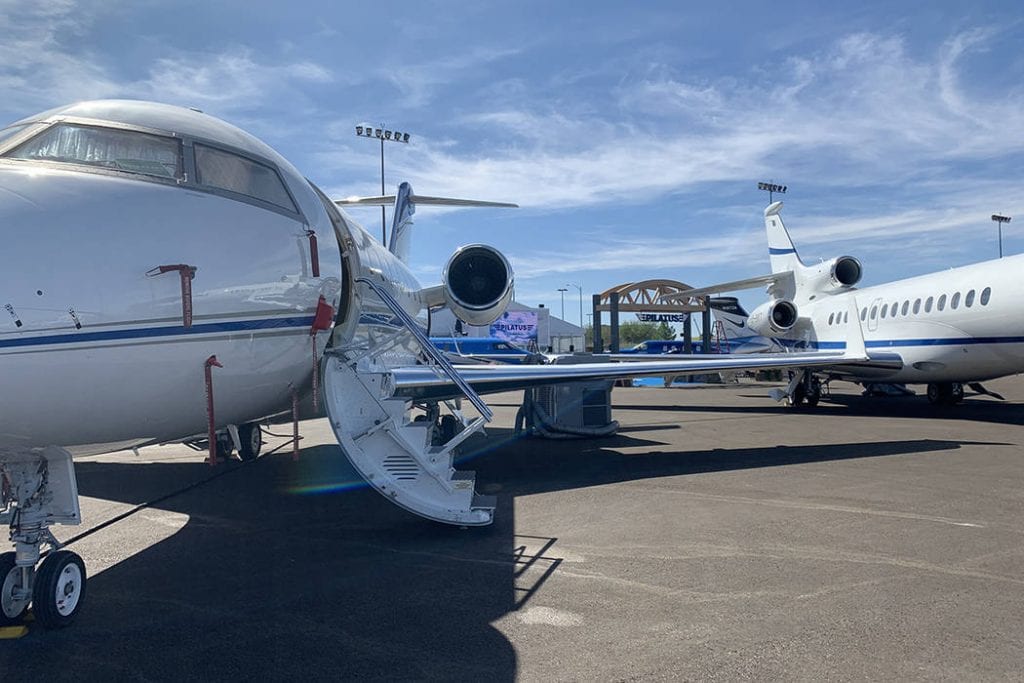 Nearby residents of the Henderson Executive Airport need not fear, the airport will not become the Las Vegas Valley’s second commercial airport.

Collin Wheeler, aviation planner for Kimley-Horn, the firm contracted with helping develop a 20-year master plan for the facility, said the Clark County Department of Aviation made it clear the role of the airport will not change.

When the 60 million passenger threshold of McCarran International Airport is reached, plans are in place to construct a second commercial airport outside of Las Vegas in Ivanpah. The Ivanpah airport could open as early as 2040, according to Department of Aviation Director Rosemary Vassiliadis.

What the master plan does include is possibly adding aircraft hangars, extending runways and other upgrades. The plan was discussed at an open house Wednesday night.

Working with mountainous terrain to the south and the development of land all around the airport will be a big factor to any runway changes, as there are strict height restrictions and flight paths that need to be followed.

The first public open house included general information about the master plan, with requests for public input about what is and isn’t wanted in an expansion.

The Department of Aviation is holding a separate series of meetings with two groups, one made up of city and county officials and a second group consisting of airport tenants, such as Maverick Helicopters.

Input from those meetings will be considered along with input from area residents in drafting the master plan.

Operations at the airport actually have declined over the last several years but activity is expected to ramp up in the coming years with development around the area exploding and the Raiders setting up their headquarters and practice facility across the street.

Whatever aspects are approved for the master plan, federal funds would cover 90 percent of the costs with the Department of Aviation and Henderson responsible for the remaining 10 percent. Only additions that are considered to be a profit maker for the airport — a new fuel pumping system, for instance — would not be covered by federal funds.

END_OF_DOCUMENT_TOKEN_TO_BE_REPLACED

A U.S. appeals court on Wednesday said that the Dakota Access Pipeline does not have to be shut and drained per a lower court order.