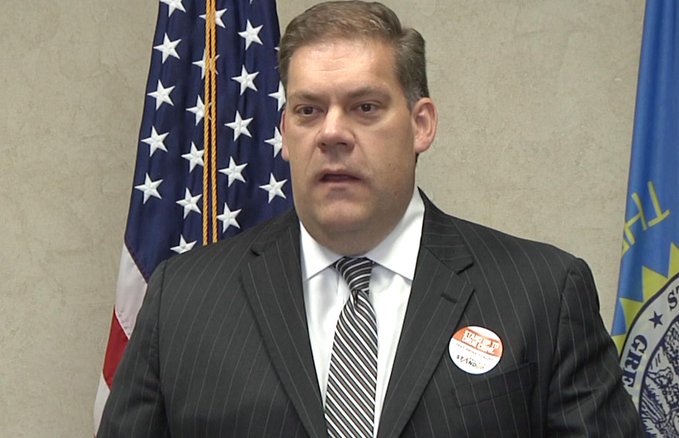 (KVHT) – Minnehaha County State’s Attorney Aaron McGowan is stepping down following public scrutiny over his conduct on the job. The Minnehaha County Commission is set to consider McGowan’s resignation in its meeting today, according to the agenda’s minutes. McGowan’s resignation will go in effect Friday, according to the agenda. In September, Gov. Kristi Noem ordered an investigation into McGowan following reports of extended absences from work. That investigation pointed to possible alcohol abuse, including reports of members of McGowan’s staff sometimes driving him to work because he was too inebriated to drive. However, it did not find enough to charge McGowan. McGowan later issued an apology to his family and colleagues regarding “personal struggles and medical issues” that recently impacted his performance. However, he said he disagreed with several portions of the report, which he said were “largely taken out of context or based upon unnamed sources of information.” McGowan was first elected as Minnehaha County State’s Attorney in 2008.