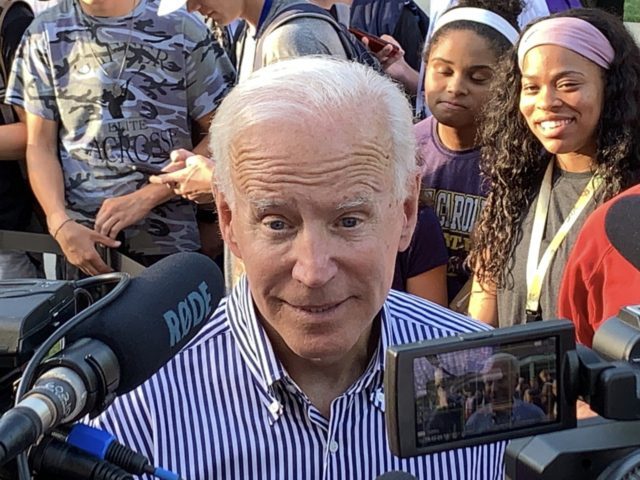 Former Vice President Joe Biden bragged at a 2017 event about letting children play with his “wet leg hair” as a lifeguard, according to recently resurfaced video.

Biden, who has been known to regale voters with confusing and often inappropriate statements, told the story about his “leg hair” when attending a ceremony renaming a community pool in his honor in Wilmington, Delaware. At the time, Biden had just left the vice presidency, and the ceremony was viewed by city officials as a way to recognize his long career in public service. The event, however, quickly took a strange turn when the then-74-year-old former vice president began to share stories from his youth, particular his time as a lifeguard at the pool being named in his honor.

“By the way, you know, I sit on the stand, and it get[s] hot,” Biden said, flanked by children from the local community. “I got a lot, I got hairy legs that turn blonde in the sun, and the kids used to come up and reach in the pool and rub my leg down so it was straight and then watch the hair come back up again. They’d look at it.”

The former vice president added that he learned “about kids jumping on [his] lap” from the job and also worked with some “good men” at the pool.

“And I’ve loved kids jumping on my lap,” Biden said at the event, pointing to one of the children standing by his side. “And I tell you what: the men are now all men. The guys I worked with down here, and they’re all guys at the time, they’re all good men”:

Video of the speech, which was posted online by a local NBC affiliate, came back into the spotlight on Sunday after numerous individuals shared the clip of Biden talking about his “leg hair” on social media. Many of those seeing the clip for the first time made no effort to hide their shock and distaste for Biden’s comments:

You can’t make this stuff up… Joe Biden is ready for SNL, not the White House.

Joe Biden cannot be allowed to become President. Watch this video, he is seriously losing it 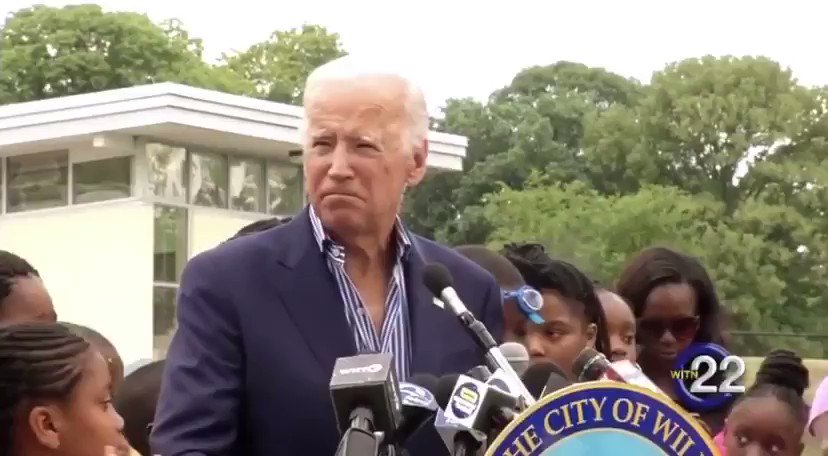 217 people are talking about this

990 people are talking about this

THIS MAKES ME SICK TO MY STOMACH! JOE BIDEN IS CREEPY

He is talking about kids playing with his hairy legs & how he loves when kids jump on his lap.

THIS MAN IS NOT FIT TO BE PRESIDENT!!

I think this man is Creepy and Unfit to be President! Who’s with me ?#CreepyJoe 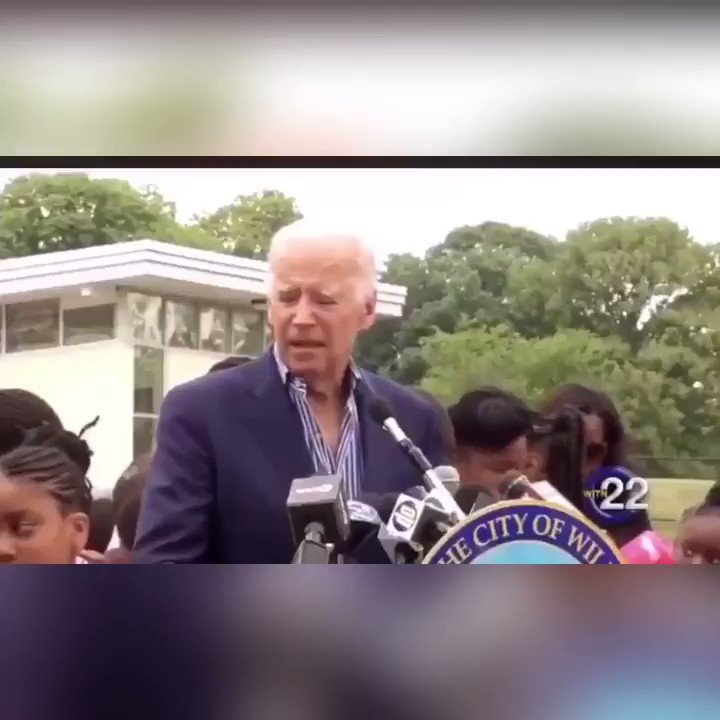 4,271 people are talking about this

What the litteral hell is @JoeBiden talking about, exactly?

JOE BIDEN: “I got hairy legs that turn blonde in the sun. The kids used to come up and reach in the pool & rub my leg down so it was straight & watch the hair come back up again. So I learned about roaches…”

“I love kids jumping on my lap.”

263 people are talking about this

Some, like Donald Trump Jr., even noted the 2017 event at which Biden discussed having children play with his “wet leg hair” was also the same one in which the former vice president told a harrowing story about facing down a gang leader named “Corn Pop” in his youth by threatening to wrap a chain around the man’s head.

9,477 people are talking about this

“This is worse than ‘Corn Pop’ wtf,” the younger Trump tweeted on Monday.