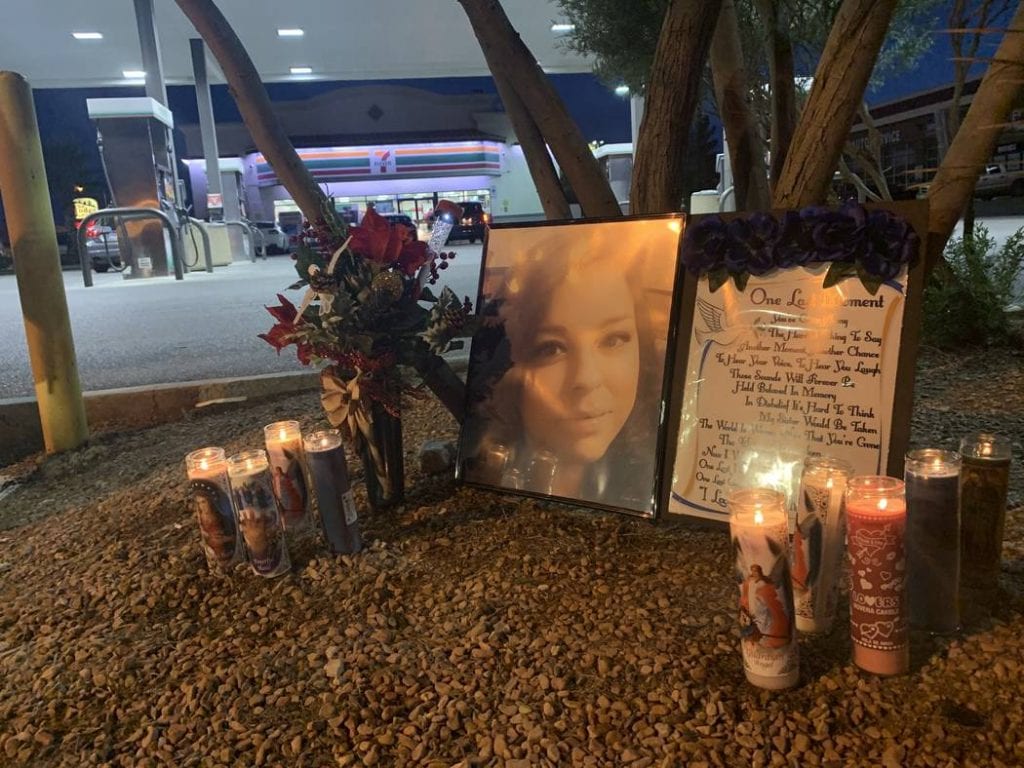 About a dozen people gathered in southwest Las Vegas on Sunday evening to honor Monique Prado, the 32-year-old single mother of three killed in a suspected DUI crash on Thanksgiving morning.

Glass from the cars crunched under her family’s feet while they decorated a tree at the site of the crash, outside of a 7-Eleven at South Durango Drive and West Russell Road. Relatives brought a large photo of Prado, along with flowers, candles and other decorations to put around the tree.

Prado and her 12-year-old daughter were on their way back from Starbucks on Thursday when they were hit by 27-year-old Nathaniel Postelle III, of Las Vegas, police have said.

Prado was heading south on Durango in a 2013 silver Nissan Sentra when Postelle, heading west on Russell in a silver 2008 Nissan Pathfinder, blew through the intersection and struck her vehicle, police said. Prado died at the scene, and her daughter suffered minor injuries and was taken to University Medical Center.

Postelle suffered minor head injuries and was taken to the county hospital as well.